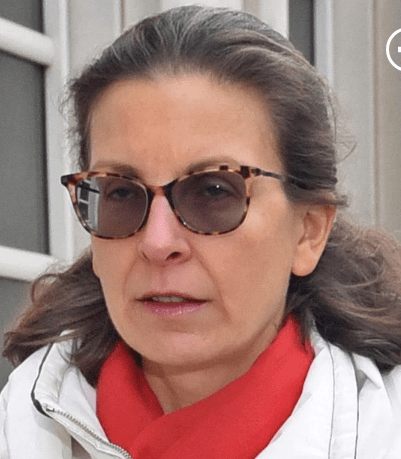 This one you can take to the bank.

Multiple sources with knowledge of the federal investigation into Nxivm and its key players confirmed that Clare Bronfman, director of operations for Nxivm, and a Seagram’s heiress, with a reported net worth of about $250 million, will be charged with additional crimes following the results of the current trial of Keith Alan Raniere.

Bronfman was charged as a coconspirator of Raniere’s and avoided racketeering charges when she pleaded guilty in April to two felony counts. The first count was conspiracy to conceal or harbor an illegal alien [the illegal alien was the first witness in the case against Raniere, her first name is Sylvie] for financial gain. The second count was fraudulent use of the late Pam Cafritz’s identification [her American Express Card] after Cafritz’s death.

Bronfman faces sentencing in late July and sentencing guidelines are from 21-27 months, according to Judge Nicholas Garaufis, who will sentence her.  Bronfman must also pay $6 million in cash as a fine. Her payment is due tomorrow. In addition, she must pay restitution to Sylvie of $96,605.25.

With the latest news, Bronfman may be facing a much longer prison sentence than a mere 21-27 months. And more fines.

Sources say that, in addition to FBI agents, senior agents for Homeland Security and the IRS are presently investigating  – in the Eastern District of New York – with a focus on Bronfman and her role in visa fraud and tax evasion.

In addition to visa, and tax evasion charges, Bronfman’s role in the Nxivm racketeering enterprise are being investigated in contemplation of additional racketeering charges.

Among racketeering acts presently being investigated is her perjury in litigation to further the goals of the Nxivm racketeering enterprise.  Among the cases Bronfman is suspected of perjuring herself in are a civil and criminal computer trespassing case. In the criminal case, her perjury led to indictments that were later dismissed against Joe O’Hara and Toni Natalie – longtime Nxivm enemies.

In another case, which involved this writer, she is suspected of perjury when she went before a grand jury in the Western District of NY in 2011 and falsely swore that she entered into a certain written contract that she had previously testified in a civil court case she never entered into.

Representatives of Homeland Security have been in court every day, as well as IRS agents and FBI agents.  As per her suspected visa fraud, the pattern is similar to what she admitted she did with Sylvie.

Bronfman allegedly would file false visa applications claiming that foreign nationals [usually a slender, long haired, attractive young women that Raniere would later have sex with] was coming to work for her Ethical Science Foundation – or Rainbow Cultural Garden – at a certain salary. Once the woman was approved and came to the US, Bronfman would make her work for less wages, sometimes making the women kickback part of her salary or make her work more hours for free.

Oftentimes women were assigned to do work not contemplated in the visa applications. Women came from Mexico, Germany, UK, Canada, South Africa and elsewhere.

Some of the women became DOS slaves of Raniere and were required to give him blackmail-worthy material which he called ‘collateral.”

If new charges are leveled against her, Bronfman may face more than a decade in prison, plus significant additional financial penalties.

In her April plea deal, sources told Frank Report, there was no “non-prosecution” clause, which would have precluded the DOJ from prosecuting her for other crimes.  Her April plea deal merely settled the crimes she was charged in the second superseding indictment.

During her allocution, Bronfman cried softly at first and said, “Your honor, I was afforded a great gift from my grandfather and father but that privilege … does not come with the ability to break the law … It comes with a greater responsibility to uphold the law.”

She admitted she “did harbor an individual” [Sylvie] who she helped “live and work in our country in a way that would be undetectable” and made it possible for Raniere to use a credit card belonging to the late Pam Cafritz after she died.

Now Clare Bronfman will likely face more charges and, it seems, that while many decried her plea deal as being too lenient, there may be justice in the Nxivm jungle after all.