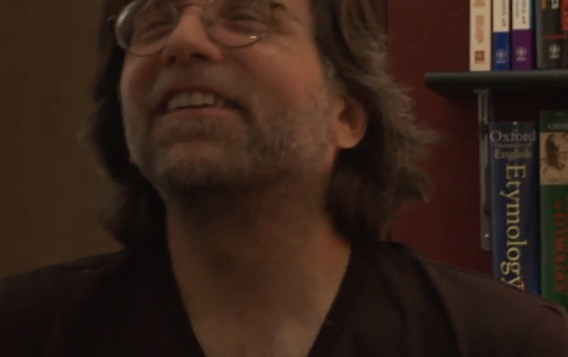 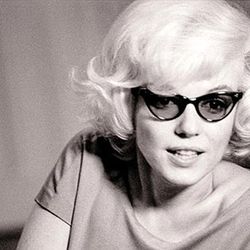 Robert Dilts’ book ‘Sleight of Mouth’ gives a good insight into the tactics and techniques being ‘taught,’ or being USED on ‘students’ of programs such as Nxivm.

And herein lies the key to this cretinous VanGardasil’s influence: Steal a little of this, a little of that, throw in a heap of pretentiousness, ensure that the women and men around you are limited in their reading and education, so that he always appears as the smartest guy in the room.

Target a certain psychological profile, like Barbara Bouchey, for example, someone who had an emotionally stressful, difficult childhood, or, if the person had a well-adjusted background but fit the ‘seeker’ profile, wrench their deepest neuroses out of them to use against them.

Make up issues for them, if they are empty vessels. Those who can self-delude or self-brainwash are a cinch, just point them in a certain direction and away they go.

Interesting that it appears to be the younger generation who triggered the downward spiral of the crummy drab 1980s dry-wall construction condos of Nxivm. The younger women like Daniela who resisted so much, or who simply told him to fuck off, or criticized his limp dick like her sister Cami did, possessed some chutzpah these older broads did not.

It rocked him to his core. It baffled him that they found other, younger men attractive, so he had to keep adding more and more women to fill his void of sheer terror at being a mediocre schlub.

Even Nancy Salzman –could she not envision life without a man there to lead her, to be subservient to, a substitute husband?

The Bronfman sisters were nothing without smart men who earned for them to spend, and they sought out a surrogate father figure in Raniere. For all of Bouchey’s professed success, she needed male validation. How she missed the available professional men she surely met working in finance, in a state capitol overrun with lawyers, is beyond me.

The outward appearance of all these accomplished women was a mirage. They were like the Real Housewives of NY, none of whom are actually housewives, and none of these Nxivm women are either.

Had they been, their lives would not have been so derailed. This is what Lauren Salzman really wanted, after all. There is nothing wrong with wanting a family, to be in a heterosexual, committed relationship.

Maybe she failed to notice the rest of the world manages to do so. It is normal. To join a polygamous, glorified, prison camp cult is not normal. But the young women didn’t play ball and caused problems, and to her credit, once Sarah Edmundson married and created a family, she didn’t go along either.

Once Kristin Keefe had a baby, she too bolted.

We know of those who did not, or could not leave, precisely because they stayed, desperately trying to substitute a cult for a family, like Nicki Clyne, like Allison Mack.

And they didn’t do it for God, for any spirituality, but for cold clinical sales coaching, for introductory level psychology classes, for cheesy self-help crapola that should have gone out of style with macrame, ferns, quiche, Earth shoes, and pet rocks.