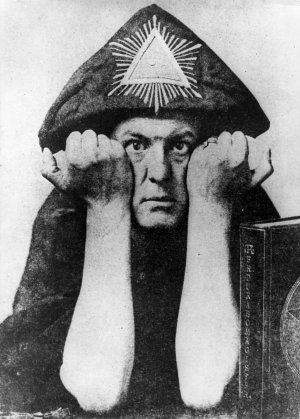 “Do what you want” seems an excellent rule for responsible adults.

Far better than its alternative, which is “Do what you’re told”. In fact, if the fools who joined Nxivm/DOS had followed the former rule, they never would’ve gotten in the mess they did.

Weak-willed fools like Allison Mack were eager to be told what to do, told how to live their lives, told which books to read and which ones not to. Told what is ethical and what is not. Told not to be “prideful”. Ah, pride, one of the seven deadly sins. Pride is self-respect, pride is self-confidence. Neither of these qualities is what a cult leader looks for in his slave-minions.

The craven self-abasement of cult followers frankly disgusts me.

That long YouTube video of Mack “interviewing” her lord and master Keith Raniere is one revolting spectacle. She gazes at him adoringly as he corrects her, lectures her, and chastises her. She positively laps it up. And then she went out doing his bidding, recruiting fresh meat for his maw. Lying for him, cajoling, sneakily gathering up her victims’ so-called collateral. Submissively doing what she was told.

The idea that doing what you want to do is wrong is one of the reasons I left Catholicism. Penance and self-denial are akin to masochism, as far as I’m concerned. Life should be joyful; the world is beautiful and our time here is limited, so take pleasure in life. The Christian notion that life is a vale of tears, that man is inherently sinful, does not appeal to me in the least, and the idea of depriving oneself of joy in exchange for the promise of reward in some supposed afterlife is frankly risible.

Nietzsche was right, Christianity is a slave’s religion.

As for the Church of Satan, they aren’t what you might think. They do not believe in the Devil any more than in God. I have no affiliation with the CoS but they have a very entertaining online presence and are, despite the scary name, utterly harmless.

Aleister Crowley was a nut, and so was Anton LaVey. But neither of them gathered blackmail material on their female followers and had them branded, and neither one ran a criminal racket. And that to me is what separates them from Keith Raniere.

Raniere is Coming to Grips With Reality – and Already Planning His Appeals
What Is the Crime?
Comment