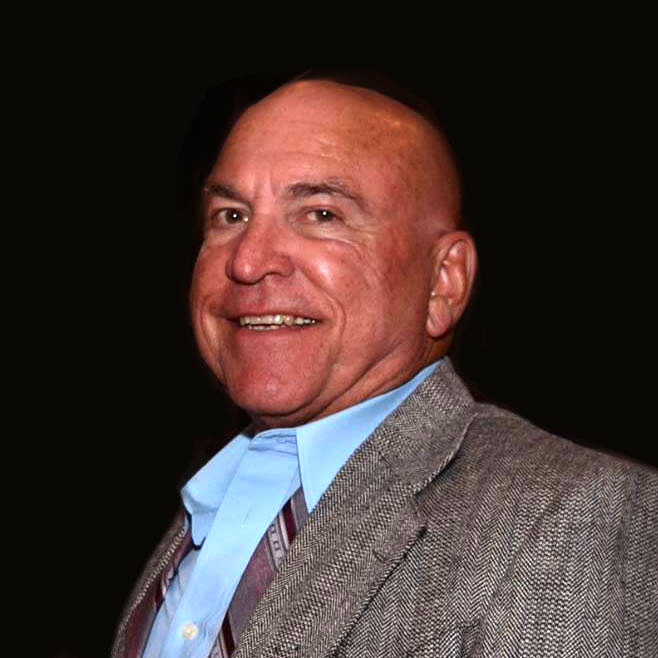 I didn’t believe that Nancy Pelosi could possibly have a law degree because she is so ignorant of our law. Now I fully understand! She has a Bachelor of (F)arts Degree from Trinity College. A college that “creates leaders”…? Guess what Trinity — this time you really failed. She leads nothing but obstruction! She doesn’t understand our Rule of Law at all. She thinks she can create grounds for impeaching the President of the United States and make up nonsense charges. Since all else has failed, she has discovered a new non-legal term…“cover up”. Trump is now guilty of felonious cover up!!! There is no crime in US Code called “cover up”, but Trump did it anyways, according to the freaking Speaker of the House. Trinity… you must be proud!

That’s someone who should be impeached for total and complete criminal, felony, stupidity.

Special counsel Mueller reported that there is no evidence to support the charge that President Trump “colluded” with a foreign government! There is NO guilty…only presumed innocent because THAT is our Rule of Law!

Prior to that, Mueller begged the president to make him FBI Director again, as he was having “power withdrawal”. The President wisely said NO! Two days later Rod Rosenstein got Mueller appointed as Special Counsel to lead a “fabricated” criminal investigation that was created by corrupt FBI personnel with the help of other corrupt Agency heads …against the President who just told Mueller NO!  If that is not a conflict of interest…what is?

We also know beyond any doubt that the entire Mueller investigation, as well as, the Counter Intel Case Peter Strzok opened were fraudulent cases, investigated by corrupt FBI executives, and 17 lawyers who are Hillary supporters or former Clinton employees. Oh, they also used illegal FISA wiretap information! You cannot make this up!

We know that almost the entire State staff of Hillary was involved in continuous and repeated, intentional, criminal activities/abuses of classified communications.

I was writing columns begging the President to fire all the bastards, as all this was going on…but he let them hang themselves. You can read what I was recommending to the President…FIRE THEM!

Now on 6-15-19, I listened to a guy, by the name of Chris Hunter, on FOX who claims he was an FBI Agent for at least two years, as well as, a Senior Prosecutor for DOJ, a financial crimes expert, and other things. I have never met a “senior” Prosecutor in my roughly three decades at the FBI, but I suppose there could be such a thing. He also ran for Congress and lost. I guess his vast criminal experience qualifies him to render a prosecutive opinion on the President from reading Mueller’s report…or does it?

In my nearly three decades of enforcing Federal Laws, there were lawyers who either couldn’t pass the bar the first time through or who were “resume builders” — became FBI Agents for a few years to build up brain power to pass the bar and or were able to add “FBI Agent” to their resume. Mostly, they “worked” as media or training Agents. You know — non-violent, non-gun carry type work. Also, it is not possible to investigate complex fraud cases or much of anything complicated as a two-year veteran FBI Agent because the laws on those crimes are complicated, but more… the FBI and DOJ Rules and Regulations involving those types of crimes, are also strict and complicated. It requires years of experience to conduct a large criminal investigation. Mr. Hunter made some accusatory remarks about our President, which displayed that fine line that separates a real Agent and an Agent who knows “a little about a lot and a lot about nothing”! Mr. Hunter claimed that there is Probable Cause to believe the President committed “Obstruction” based upon what Mueller wrote in his report. A very telling opinion!

Like ALL the knowledge lacking left accusers…he does not name the crime that the President committed. Remember, Obstruction (like conspiracy and the nonexistent collusion) cannot stand alone. They all need a “crime”! You simply cannot charge anybody with “Obstruction”.  It MUST be Obstruction of Justice relating to a pending prosecutorial criminal investigation. Assuming Mr. Hunter is referring to the firing of James Comey or the discussion of firing Mueller or some other heinous crime Trump committed trying to disrupt /stop the very serious Collusion investigation…Mr. Hunter is forgetting one thing…there is NO CRIME! Collusion has been “dismissed” as the substantive crime by Mueller and the AG. So now what?

What is the crime, Mr. Hunter? …Title and Section of USC please!

Oh, I forgot …Trump is committing the crime of “cover up”. Maybe you could provide what crime that is as well!

The President has Constitutional authority to fire ANYONE who works for him. The President knew from personal knowledge that he hadn’t spoken to any Russian or any other foreigners about getting dirt on Hillary. The President can talk to anybody he wants to…without Congressional permission! He can read anything he wants…without Senate approval. He is obligated to accept dirt on any individual who has or wants a position of trust and confidence in our government! Duh!

What is a former FBI Agent worried about? He, like so many Democraps, is looking to get some cover, to run again for public office…not on their accomplishments but by Trump bashing. Well Mr. Hunter, I for one will not let that go.  You have no idea what you’re talking about!

Understand that they mean “conspire” and not collude …but never say conspire, because “collude” sounds more despicable, foreign, Russian-like…intriguing, spy-like! Aside from the fact there is no crime of colluding in our US Code Book, they use it anyways. Isn’t THAT intriguing as well? Why would two former FBI Directors, the Speaker of the House, Democraps in both Houses, the left press, ALL use a word that has no meaning in criminal law? For the same reason this new charge has arisen…cover up!

Let’s say we didn’t know about Joe Biden committing the violation of Hobbs Act-Political Corruption, Extortion when he used his position as VP to threaten Ukrainian President Petro Poroshenko in March 2016, to pull 1 billion in US loan guarantees if he didn’t immediately fire Prosecutor General Viktor Shokin who was investigating Biden’s son, Hunter, on criminal charges. Biden gave Petro 6 hours to fire Shokin, which he did. Hunter received, for his company, a billion dollar contract. All the elements of that crime are on video, and we know it’s true because Biden admitted doing it in detail! That is extortion according to our laws, and it is a Vice President using his political office to threaten Mr. Poroshenko.

So let’s say Biden is running for President, and Trump got a call from Poroshenko that he has serious dirt on Biden who could become President. Should Trump accept the dirt on Biden? Or would you want Biden to become President and have Poroshenko holding that information over dumb ass Biden’s head? By the way, that little tidbit, in my opinion, WILL prevent Biden from even running for President! You want a real criminal as President…elect Biden or worse yet, Hillary.

If AG Barr does not prosecute dumb ass Biden…I will ask for temporary reinstatement and present the case myself!

The point is this…there is no crime or legal reason to impeach this president, nor is there any crime to charge him with when he leaves office. If there is, state what it is and tell the American people the Title and Section of US code he violated!

If you can’t …shut the hell up, and let the man protect us before we get hit again!