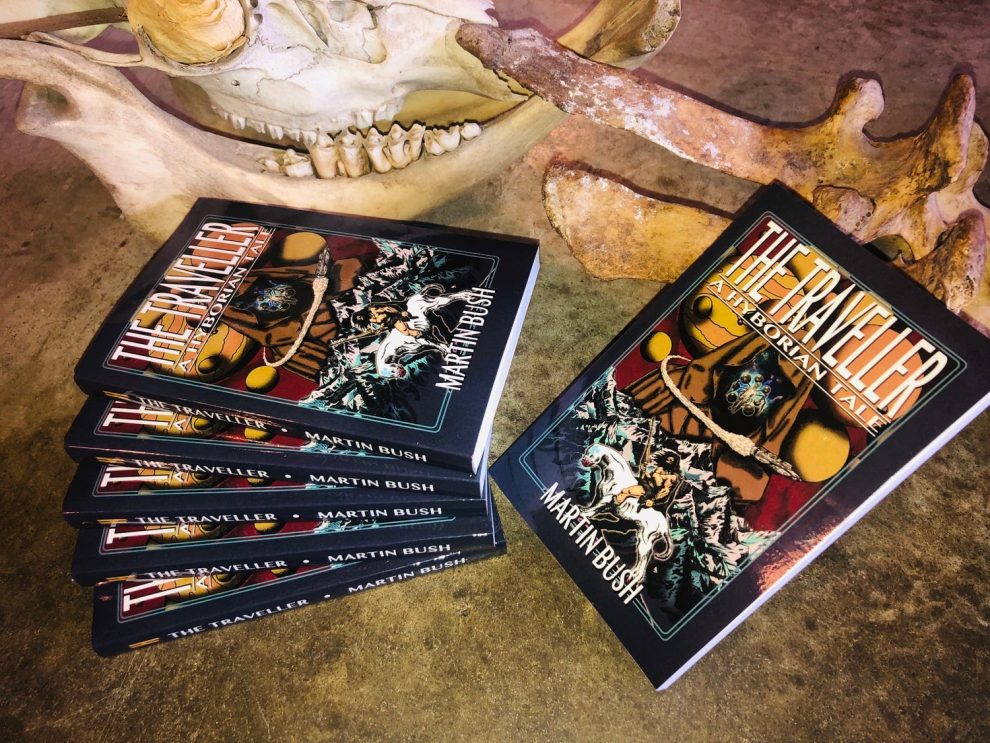 Heavy metal riff machine HYBORIAN have released the first edition of their original new book, ‘The Traveller – A Hyborian Tale,’ which was written and illustrated by vocalist/guitarist Martin Bush. The 224 page sci-fi tale has been written as a companion piece for the band’s upcoming conceptual full-length, ‘Volume II.’

A summary of the book is as follows:

“The universe is filled with beginnings. Life springs anew in a constant cycle of birth and rebirth, billions upon billions of beginnings, intrinsically linked, each influencing the beginnings that will come after. Every ending is in and of itself a new beginning; what once was, by the very act of ending, becomes the beginning of what is to follow. This particular beginning begins at the end; the end of everything. The universe is dying. It is in the final stages of passing out of existence, which is a beginning as well, the beginning of what comes after. The cycle continues, cascading in an unending series of births and deaths, all linked, each one shaped by the beginnings that preceded it.

“The universe is dying, but it will begin again.”

Author Martin Bush further explains, “For our next record, we decided that we wanted to expound upon the concepts we introduced with ‘Volume I.’ The Traveller (the cloaked figure on the cover of ‘Volume I’) was a central figure in the mythos we were building, so for this album we wanted to focus more on who/what The Traveller is. The more we talked about it as a band, the more involved the ideas became, until there was just way too much to be able to cram it into an album’s worth of song lyrics. Over most of 2018, we were touring pretty nonstop, but I was finding time here and there to start putting all those ideas down on paper. Eventually, we had a book, which tells the same story as our upcoming full-length ‘Volume II,’ just in much, much more detail. It’s basically an origin story for The Traveller, set in the very last days of existence. The story focuses on a father and son, who, as far as we know, are the last humans alive, and their struggles to survive as the universe crumbles around them.”

HYBORIAN deliver a hard-hitting assault of imposing American metal with their debut, ‘Vol. 1’. The Kansas City quartet drop immense, neck-snapping riffs as heavy as hammers at every turn. Each track is forceful and relentless, burying listeners under a barrage of metal as memorable as it is raging. ‘Vol. 1’ is a high-powered and auspicious statement of intent that is only the start for this must-listen band.