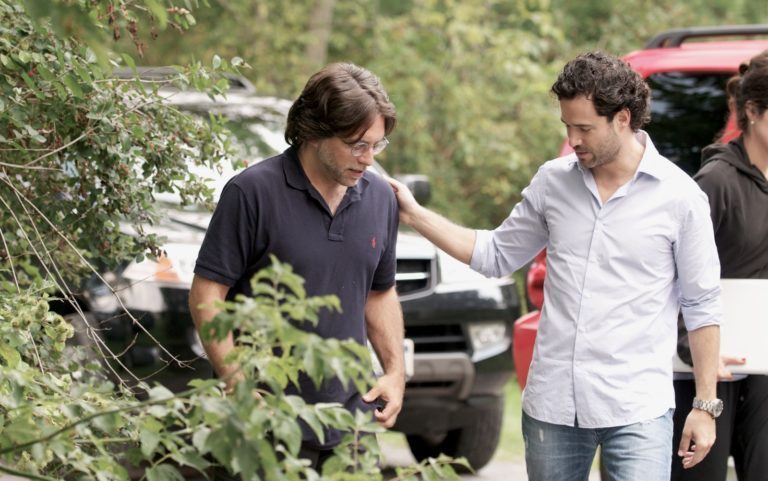 With major Mexican media pounding out stories about Nxivm leader, Emiliano Salinas – and with him getting adverse attention like he has never experienced in his life – our inside Nxivm sources say Emiliano is planning to flee to Cuba. {One source said he already just arrived in Cuba and is in hiding].

Emiliano Salinas, the son of former Mexican president Carlos Salinas, headed the Nxivm operations in Mexico for 15 years, along with his lover and business partner, Alejandro ‘Alex’ Betancourt.

The reason for Salinas’ planned “hasty” departure for Cuba is not unfavorable media attention in Mexico [He now rivals his father as the most hated man in Mexico] but because he is in danger of being indicted by the US Department of Justice for his role in the Nxivm criminal racketeering enterprise.

Cuba does not extradite fugitives to the USA. Salinas can live in exile in Cuba much like his father Carlos lived in exile in Ireland for a time. [While Carlos’ exile was reportedly self-imposed, Emiliano’s may be a matter of utter urgency.]

Frank Report was first to detail Emiliano’s alleged crimes in Nxivm, while he was still under the thrall of his guru and leader, Keith Alan Raniere, who he believed was the smartest man in the world.

Raniere was convicted earlier this week by a US federal jury on seven felony counts – one of which, sex trafficking, comes with a minimum sentence of 15 years. The other charges include racketeering and extortion.  When they are added together, Raniere faces a likely sentence of life in prison based on US federal sentencing guidelines.

During the trial, the prosecution named Salinas as a criminal co-conspirator with Raniere.

Frank Report learned there are planned additional indictments to be handed out against other Nxivm members. This may include Emiliano.  Sources say Emiliano is near or at the top of the list, along with Clare Bronfman and her sister, Sara Bronfman-Igtet.

Sources close to the case say it is only Emiliano’s father’s connection to top Democrats in the USA that prevented his arrest last August when Clare Bronfman, Allison Mack, Nancy Salzman, Lauren Salzman, and Nxivm bookkeeper Kathy Russell were arrested.  All five women pleaded guilty prior to Raniere’s trial.

With the conviction of his guru – and with the deliberate naming of Emiliano as Raniere’s co-conspirator at trial – it seems more likely than ever that Emiliano will now be indicted by a US federal grand jury, seated in Brooklyn or Albany, New York. Both federal districts [the Eastern District and the Northern District of New York] are reportedly investigating Nxivm.

Frank Report will, in a later post, detail some of the evidence of the crimes Salinas’ is suspected of. These include emails that suggest a plan to kidnap Raniere’s female enemies and have them imprisoned, raped and possibly killed, after luring them to Mexico.  While it remains unclear whether Salinas knew about the actual murder aspect, it appears he helped set up a plan to bring false criminal charges in Mexico against the four women [Toni Natalie, Barbara Bouchey, Kim Woolhouse and Susan Dones] by bribing a judge, so that they would be imprisoned. This would be a crime in the US – under the umbrella of a racketeering conspiracy.

In addition – and in furtherance of the NXIVM racketeering enterprise – Salinas’ criminal acts may also include his role in trying to illegally spy on US federal judges, US Senator Chuck Schumer and Nxivm enemies including this writer. [More on this later. You will be shocked to see Emiliano’s role in this and the people he tried to spy on in the US.]

Additional charges may also be brought against Salinas for his role in extorting Nxivm enemies into silence by threatening them with arrest on bogus charges in Mexico when news of the branding and blackmailing of women by Nxivm was first published by Frank Report.

Prior to the branding/DOS scandal erupting, this writer contacted Emiliano’s mother, former first lady Cecilia Occelli, to try to persuade Emiliano to contact me to arrange for him to go to law enforcement and denounce his leader Raniere.

I told Ms. Occelli that Emiliano was in grave danger if he continued to support Raniere who I predicted would be arrested.

Emiliano, however, declined to speak with me and chose to stay loyal to his Vanguard with the result that he now may face grave criminal charges as the consequences of his unfortunate decision.

It goes from bad to worse.

Not only is the Mexican media having a field day with his disgusting participation with the sex-slaver cult of Nxivm, and US authorities are considering indicting him [Emiliano is a dual citizen of Mexico and US] but Emiliano is also reportedly having a complete mental/nervous breakdown.

Sources say Emiliano plans to admit himself into a mental health facility in Cuba. It is not known if this is a ploy to avoid arrest and engender sympathy, or if he is truly breaking down and delusional, but some of his closest allies have told Frank Report that he is truly devastated.

Meantime, his longtime lover, Alejandro ‘El Duce’ Betancourt, told Nxivm members privately that he deeply regrets his role in Nxivm and that he and Emiliano are permanently out of Nxivm and no longer follow Raniere.

It is further reported that Emiliano’s wife, famous actress Ludwika Paleta, is planning to divorce him. They have not appeared publicly together in some time.

Salinas, who is bisexual, and said he enjoyed an “open relationship” with his wife [“She sleeps with other men, I sleep with other women and men,’ said Salinas during his Nxivm heyday] is now in danger – like Raniere – of being collared, indicted, convicted and confined to US federal prison and never being near another woman again. US federal prisons do not permit conjugal visits.

His flight to Cuba – if he is indicted – and if he ever winds up in the USA – to face charges – will make bail an improbability. The die may be cast. Emiliano may have to stay in Cuba for years to come.

Raniere fled to Mexico when he learned he was being investigated by the FBI. [Frank Reportbroke that news]. On the basis of this flight from the USA, Judge Nicholas Garaufis refused to grant Raniere bail. He has been in custody since March 26, 2018.

Whether Emiliano’s father, Carlos Salinas, can prevail in getting the DOJ in Washington DC [“Main Justice”] not to indict him is anyone’s guess.  Sources say that under an Obama or Clinton administration this would have been an easy lift for the powerfully connected Carlos, but under the “hostile-to-Salinas” Trump administration, the political juice of Salinas and his partner, Carlos Slim, is seen as “just not there.”

Carlos Slim, through a spokesperson, told Frank Report that he has not participated in giving money to the Clintons to help fix the Emiliano problem with the DOJ.

A source in Washington DC told Frank Report that Slim’s denial is untrue and that the Salinas-Slim group is prepared to go to any length to save Emiliano.  The arrest of Emiliano will have disastrous consequences to their core power base in Mexico and Arizona.

Many months ago, we reported that Emiliano Salinas had committed various crimes for Nxivm and that he was in danger of being arrested.

And of today’s news – gleaned from sources in Nxivm – remember, you read it here first.