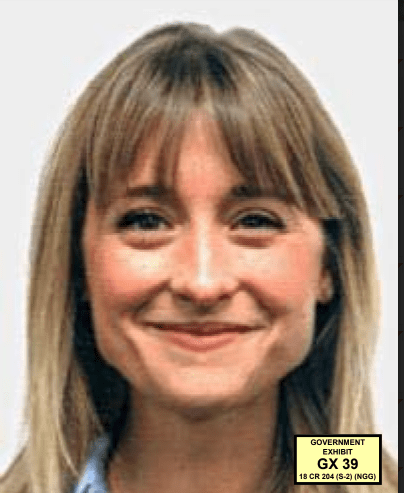 Allison Mack Is a Guilty Felon

By: Seeking Justice for Victims

I’m not buying this load of crap that Allison has no responsibility in her actions. Allison chose each action she did for her Master and at any time could have said, as others had before her:

“NOPE, NOT GOING TO DO IT. I WILL STAND TALL AND TAKE WHAT YOU THROW AT ME, BUT I WON’T BE A CRIMINAL FOR YOU.”

Would it not be a better outcome for her had she done that?

Now, she will also be known as a federal criminal and Keith Raniere’s “Madam.” She will wear his brand into a federal prison and will have plenty of time to think about her evil deeds.

Allison had several chances to get out of NXIVM long before her arrest. Several times she chose to believe her Master instead of taking in any other DATA that is out there. Much like those who are still “The Believers.”

Did Mack check out why they left and why the Tacoma Nxivm Center where she had trained at closed its door suddenly?

NOPE, she followed her Master Keith Raniere long before DOS was even born.

Second – let’s talk about the 2012 Times Union series of articles “Secrets of Nxivm”[2012] that came out with shocking reports from women who her Master, Keith Raniere, had sex with before they were the age of consent.

Allison Mack chose to believe her Master Keith Raniere. Once again, instead of taking in any DATA other than what she wanted to believe was a reality. Again, this was long before DOS was born.

Third – Allison is introduced to Keith Rainier’s alternate lifestyle when it comes to sexual relationships.

Allison Mack started to have sex with Raniere knowing he has sex with many women, but she can only have sex with him. Hum… what kind of woman agrees to this kind of “one way, he “gets-it-all” kind of relationship?

One who is looking for something she thinks is missing? How can she get it from the external world if she is following NXIVM’s so-called “Tech”?

Fourth – let’s talk about the news articles about how Keith Raniere had plotted with Emiliano Salinas to have four women lured to Mexico, arrested on false charges, imprisoned, tortured and then “disappeared”?

Fifth – Allison becomes the kind of woman who is willing to do anything for her man. Regardless of anything that pulls her into “hey this guy is nuts” direction, Allison ignores all the red flags coming from her gut. Allison decides to step over the line and become a criminal.

Since Mack chose to give up her acting career, what options did she leave herself to make that kind of money and have that kind of power within NXIVM? 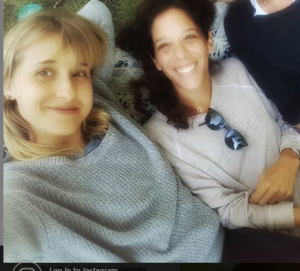 Me three – Allison Mack joined Dani Padilla to enjoy threesomes with her glorious Vanguard. Was that because she was coerced?Mack was in the same boat as Lauren Salzman. If you leave, you lose your income and your “family,” the Nxivm community. You might even get sued, as many who left had been. Who wants to work at the Cheese Cake Factory like many in NXIVM did when they could no longer work within NXIVM or for Clare Bronfman?

Six – Raniere got arrested, and Allison Mack did not go to the FBI upon returning from Mexico. She decided to wait for herself to get arrested. Once arrested, Mack waited a very long time before making a plea deal with the DOJ.

• Her lawyers knew the first on the plea bus get the best deal.
• Her lawyers knew this was a RICO case and the government was not going to spend the money on two trials
• It was never Clare Bronfman’s responsibility to pay for Allison Mack’s defense
• The judge held a special Curcio hearing, and Allison Mack told the judge she was happy with her defense team. Now Mack wants to be a crybaby about how the DOJ handled her deal. WTF?

If I work for a mob boss and I shot a guy in the back of the head because I fear for my family or my own life, I’m still breaking the law. I have refused to look at what my options are other than murder the guy for my boss. It’s still murder. NXIVM teaches a class to take a look at what all your options are.

Mack had the tool of looking at what all her options were throughout her time in NXIVM in her toolbox.