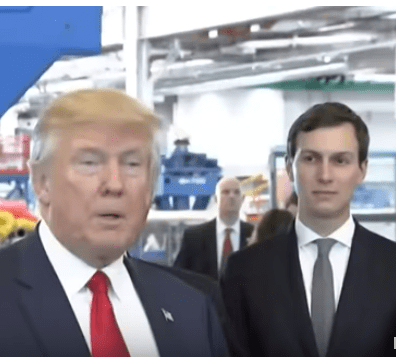 This is not an endorsement of any politician. I don’t write on national politics. There are thousands of other sites for that. I’m simply relating events as best I can remember them.

Back in 2010, I was called by Maureen (“Moe”) Tkacik, a young writer for the New York Observer. She wanted my help in doing a story on NXIVM – and offered to come up to Saratoga Springs to meet with me.

I picked her up at the train station, gave her the nickel NXIVM tour of all their properties in Clifton Park and Colonie, and then brought her back to Saratoga where I lived.

Over the course of the next couple of days, I was her NXIVM guide. Throughout that time, she was constantly harassed on the street and in her motel by what we both believed were elements of NXIVM.

Moe wrote in her story Poor Little Rich Girls, the Ballad of Clare and Sara Bronfman,

“On the evening of my visit to Saratoga Springs, Mr. Tighe called to inform me that a NXIVM member with whom I had met a few hours earlier had been ‘spotted’ talking to me by a few apparent members of the cult. A few times walking along the town’s main drag, I distinctly heard voices call out ‘Moe’ or ‘Maureen,’ then disappear into the crowd.”

I also introduced Moe to some of NXIVM’s enemies. Unfortunately, several of them felt that Moe used what they intended to be “off the record” comments in her story – and they had a falling out with her.

The first occasion I spoke to anyone with direct involvement in NXIVM was a phone call from an anonymous Skype account. A female voice said that Mr. Tighe had disseminated my contact information among some of his sources. She had convened a conference call with a number of NXIVM dissidents willing to talk. They did not yet feel comfortable identifying themselves.

“But if none of you will tell me who you are.” I said. “How do I know you are actual NXIVM defectors and not actors?”

Didn’t Know There Was Competition for Story on Nxivm

I was unaware at the time that there was an intense rivalry between the owner and publisher of the New York Observer — Donald Trump’s son-in-law, Jared Kushner – and Vanity Fair editor Graydon Carter who had been working on a NXIVM story for months.

Ultimately Moe got her story out first – an excellent story about the Bronfman sisters’ connection to NXIVM.  it was published on August 10, 2010.

Vanity Fair’s reporter Suzanna Andrews had been working on her Vanity Fair cover story for months. Her story was published two months later than the Observer – on October 13, 2010. It was also an excellent story entitled The Heiresses and the Cult.

While the New York Observer has a smaller circulation than Vanity Fair – the Observer story hit them where it hurts. The Observer is big with its niche audience – a high-end demographic – the high stakes real estate crowd in New York City – the kind of people that Edgar Bronfman knew, did business with and socialized with.

I was told the Bronfman sisters – and other members of the Bronfman family – were devastated by the story. Moe also mentioned me in it – which gave Keith Raniere and members of NXIVM even more reasons for them to despise me

After the Observer ;published their story, Jared Kushner emailed me, thanking me for my help, and told me it was one of their most read stories that year.

He then copied me on a bitter exchange between him and Vanity Fair editor Graydon, who had accused him of undercutting Vanity Fair (There was no love lost between the two).

I liked Jared and thanked him for giving me a glimpse into the high-stakes world of publishing.

Donald Trump also had his own run-in with the Bronfmans – or more specifically with Sara Bronfman, who owned an apartment in Trump Tower. It seems her remodeling of the unit caused a flood in the building that eventually resulted in a messy lawsuit between her and the Trump organization. She claimed shoddy construction and Trump claimed she’s an idiot. The story was reported by the New York Post.

So, based on what I know, I would say, there is no love lost between the two families.

Which may mean that Joe O’Hara’s proposal to have the U.S. Attorney General appoint a Special Prosecutor to investigate NXIVM-related crimes in the Northern District of New York has a better chance of getting approved than would otherwise be the case.

I would like to thank Frank Parlato for giving me a forum to write (I miss it). And I’d like to thank all of the Frank Report readers who have voiced your support for me in so many ways. You have no idea how much that means to me.

I miss Saratoga – and even Albany – terribly – and I can’t wait to get back home next year. In the meantime, I’ll keep writing.

*****
John Tighe is the founder and former editor of the Saratoga In Decline blog. He is currently Federal Prisoner 21508-052