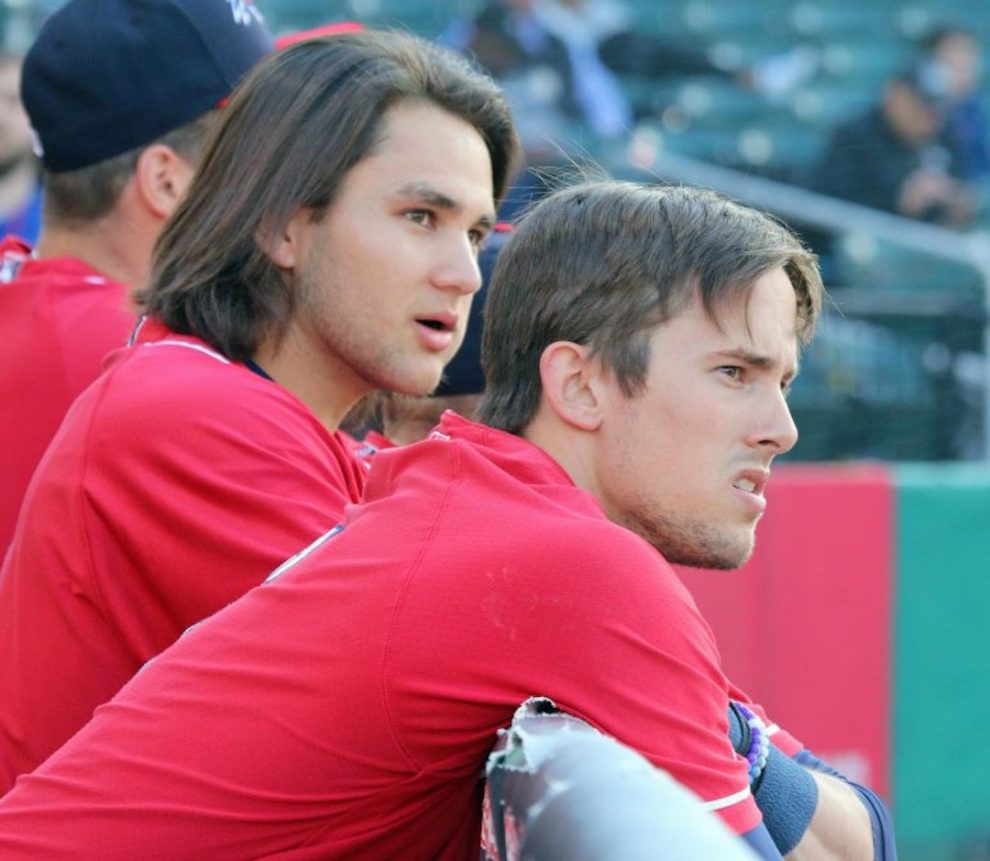 In recent seasons, and particularly in the Blue Jays era, which is now in its seventh year here in Buffalo, June has been a particularly toxic month for the Buffalo Bisons.

The team would typically open the season with hope and promise, perhaps a fast start, and then the inevitable June swoon. Injuries, callups, perhaps just a general malaise. By the dog days of summer the Bisons were hopelessly lost in the standings, and August became the time to focus on individual honors, the mascot race, and fluff themed promotions.

Perhaps not this year.

The swoon happened. But it happened in April, as the Bisons were focused on their celebrity named players in the lineup – Biggio, Bichette and Guerrero. Vladimir Guerrero Jr. returned to the Buffalo roster in mid April amidst great fanfare. Then he finally earned his promotion to Toronto amidst yet more fanfare. Cavan Biggio followed. That left Bo Bichette, who suffered a hand injury and is just now back in a Bisons uniform.

The team is 16-7 so far in the month of June and has won 14 of their last 17 contests. “A lot of the guys were disappointed at not being in the Toronto lineup when the season started, maybe got sent down or not make the team coming out of spring training, but they realize it’s a lot more won winning games and the best way to do that is play for each other and help each other and push each other to make themselves the best they can be,” explained Bisons manager Bobby Meacham.

Meacham is grinning from ear to ear these days. This past Sunday, he watched his men demolish the visiting Norfolk Tides 8-1 to sweep the homestand series. This time it was the other team making the mistakes, the less than perfect throws to cutoff men from the outfield, the lack of timely hitting, the poor decisions on the basepaths. The large crowd on hand on a sundrenched Sunday might not sense it yet, but this could be the best collection of players in Buffalo uniforms since the Toronto Blue Jays arrived with great hope and promise in 2013.

Shortstop Bo Bichette is a perfect example of the new look Bisons and a prime example of why this team is playing so much better. “It’s tough to do that, step out of the league for seven weeks and then come back swinging like he has. The preparation has been there, he’s in good shape, and that hard work is paying off, says Meacham. “For me it’s just a matter of getting back and getting comfortable with the team,” added Bichette. “It’s been good so far.”

Bichette admitted that the entire clubhouse vibe is different now than it was in the cold weeks of April. “People were trying to get to the big leagues and that doesn’t contribute well to the team atmosphere. Since coming back they have been trying to some stuff to help with the team camaraderie and that has played a huge role.” Bichette added that some of the guys who have been here all season have steeped up to better leadership roles. “Jordan Patterson (outfielder) has been a big voice in the room.”

More than half of the current 25 man Bisons roster were not here on opening day. While some of the new arrivals have come from the Blue Jays AA team in New Hampshire, the Blue Jays have also brought in some reinforcements. One of those is outfielder Patrick Kivlehan, who was brought in via trade from the Pirates, for cash considerations no less. Since Kivlehan’s arrival, it has been nothing but mostly wins and a new look attitude in the clubhouse. “We’ve got a group here and everyone’s bonded really well. This is translating on the field and we’re winning ball games, said Kivlehan.

Kivlehan hasn’t been around long, and was a not a participant in a team meeting a few weeks back that began the turnaround from this year’s Bisons, but is impressed with the communal attitude that the team has and wants to be a part of things. “We try to support each other on and off the field and lift each other up. It’s translating into more wins. Winning is a lot of fun.”

Manager Meacham doesn’t want to get too far ahead of himself or for the team. While the Bisons have climbed to second place in the International League north standings, their eternal nemesis, the Scranton Wilkes Barre Rail Riders, are firmly entrenched in first place. If the season ended today, the Bisons would not be the wild card entrant in the Governors Cup playoffs. They are still in the bottom of league standings for team hitting and team pitching, the numbers being dragged down by a horrible April. So there is work to be done.

Meacham doesn’t have a long wish list for situational players. “Perhaps another pitcher to fit into the starting role, we’ve lost quite a few innings with our starting squad where you lose those innings. But other than that, this is our team. I love our team. And hopefully we can just get better.”

The Buffalo Bisons have the longest current playoff drought in the International League, going back to 2005, this drought coming after a golden era with the Cleveland Indians which produced perennial playoff powerhouses and three league championships.

Come August, Sahlen Field could become a fun and exciting place to watch and be entertained and witness some wild and dramatic finishes. And we’re not talking about Atomic Wing, Chicken Wing, Bleu Cheese and Carrot.

Click here to post a comment
Nicki Clyne Now Leads DOS
Part 2: Gems From Trial: Raniere: On Sex With Children: ‘Is the Person a Child, or Is the Person Adult-Like?’