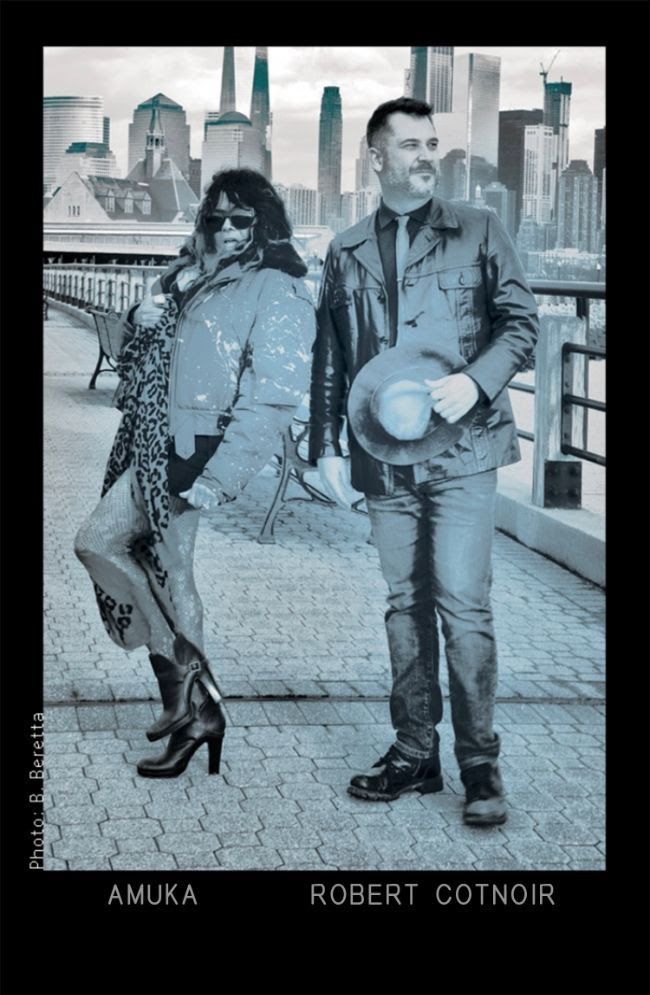 “…Cotnoir’s most illuminating work to date. At once danceable and listenable, glistening with topical stimulants and deep vibration. A work truly worthy of any medium…” – Austin Downey

“The epic house track is 7 minutes long of pure euphoria, and is essential music for your next big night out.” – CelebMix

Grapefruit Sound Lab (aka Robert Cotnoir) and Amuka have announced the release of a collaborative single, titled Don’t Fall For It. The single is being released on June 14th on Howe Records. It was premiered exclusively via CelebMix. This is the lead single from the upcoming full-length Grapefruit Sound Lab LP Eight Days Across America.

Recorded where Aretha Franklin and Eurythmics created their smash hit Sisters Are Doin’ It For Themselves, Amuka and Robert Cotnoir first made each others’ acquaintance at the world famous United Sound Systems recording studio in Detroit where their poignant and timely hit Don’t Fall For It came to life. Inspired by events both personal and within the greater community, Don’t Fall For It is about calling out and breaking free from the con man’s grip by embracing love and respect for both one another and one’s self, a universal message…

Even in a musical landscape packed with diva vocalists, Sheila Brody stands apart. From disco-era funk to chart-topping dance hits, the petite powerhouse brags an epic career spanning musical genres and generations like few others. Discovered by George Clinton, the one and only Godfather of Funk made Brody a member of The Brides of Funkenstein. There she sang lead on Never Buy Texas from a Cowboy, which Rolling Stone named “One of the 50 Coolest Albums of All Time.” Since then, Brody has worked with everyone from Bootsy Collins and the P-Funk All-Stars to John Mellencamp and Rick James. She boasts vocal collaborations with artists as diverse as groundbreaking rappers Public Enemy and late electronica icon Peter Rauhofer. Under the stage name Amuka, the Detroit native logged six Billboard Top 10 hits – including U Ain’t That Good, Craving, I Want More (Cling on to Me), My Man, Destination (We Are the Ones), and the No. 1 hit single Appreciate Me. Amuka is thrilled to be working with Robert Cotnoir of Grapefruit Sound Lab, who she calls “a gem”. Amuka and Robert are excited to have three singles hitting the airwaves this summer, including their breakout anthem Don’t Fall For It.

With influences ranging from quintessential freestyle, electro, and house, to classic rock, and back again through the classical repertoire, New York native Robert Cotnoir has seamlessly honed a sound that is at once both comforting and familiar, all while being undoubtedly of the times. His songwriting is pensive, self-referential and philosophical with themes about pleasure seeking, wandering souls, loss, pride, jealousy, redemption, salvation, and the struggle between faith and fact, spirit and mind, good and evil. Riding the success of a distinguished career as one of Hollywood’s top award-winning motion picture music editors, Robert is honored and humbled by his collaboration with Amuka and is looking forward to what the future has in store, including the release of their follow up singles to Don’t Fall For It: Anti-Social Media Whore and Love Cards, coming up in 2019.