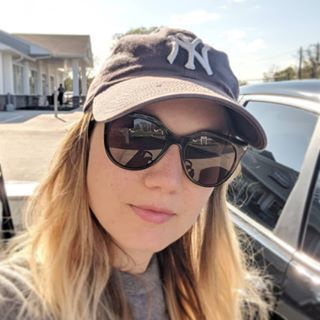 Nicki Clyne, formerly an actress on the TV show Battlestar Galactica, has risen to the top role in the master-slave group, DOS, according to Nxivm insiders.

DOS, which stands for Dominus Obsequious Sororium [Master Over the Obedient Women], was founded by Nxivm leader, Keith Alan Raniere, who was convicted earlier this month on federal charges of racketeering and sex trafficking.

Clyne, 36, a First Line DOS Slave under Raniere, takes orders from Clare Bronfman, who now functions as the head of Nxivm. But Clyne continues to regard Raniere as her supreme master, according to Nxivm insiders.

Clyne holds readiness drills at 3 am – or at any other suitable time -to keep her slaves in preparedness, which is part of DOS training.

Clyne’s slaves have 60 seconds from the time of her texting to respond with a reply text saying, “ready M” [“M” stands for “master”] or they can be punished with penances such as reducing their caloric intake to under 500 calories, taking cold showers, doing planks, standing outside in the middle of the night perfectly still, or, in some instances, corporal punishment such as bare buttocks paddling.

While the Raniere trial was ongoing and in the months leading up to it, a hiatus on recruiting new DOS slaves was imposed. Reportedly, Clyne is now encouraging slaves to begin recruitment efforts again.

According to one source, Clyne hopes to recruit at least 50 slaves [mainly from Mexico] to make up for those who defected as a result of DOS being exposed and Raniere being arrested and convicted.

DOS was developed by Raniere, he said, to train women to be more disciplined or “badass”.

Critics say Raniere devised DOS as a way to have sex with women, who, as his slaves, had to obey his commands, including to have sex with him. This latter accusation formed the basis of sex trafficking charges against him. The sex trafficking charge he was convicted of carries with it a minimum penalty of 15 years in prison. Raniere is 58 – and will turn 59 before he is sentenced in September.

The collection of collateral, which consists of material that is damaging to a slave’s reputation, finances and/or quality of life – which is collected tensurere secrecy and obedience in DOS – was suspended prior to the arrest of Raniere on March 26, 2018.

Loreta Garza, Monica Duran, and Dani Padilla remain in DOS and are in Mexico.  Clyne remains in the US to lead DOS in America.

With DOS slave Dr. Danielle Roberts faithfully on board [with her cauterizing pen], branding may resume. It is not known if future DOS brands will still feature Raniere’s initials.

A source close to Clyne admitted that recruitment in DOS looks bleak in the US where the trial of Raniere has had extensive media coverage.  But the remaining First Line slaves feel there is a fertile field in Mexico, Central America, parts of Europe and elsewhere. With hoped-for funding from the Bronfmans, the goal is to keep DOS vibrant despite the setback it received by the imprisonment of Raniere.

Dr. Roberts was informed that a New York State Department of Health investigation into whether her medical license should be suspended or revoked was halted until the trial of Raniere ended.  Now that he has been convicted, the DOH reportedly will continue its investigation and will utilize evidence revealed in the criminal trial.

Even if Dr. Roberts loses her medical license, she would still be able to brand women. A medical license is not needed to perform scarification [branding] in New York State.

In a related development, the Medical Licensing Board of the Department of Health is expected to soon decide whether Dr. Brandon Porter may keep his medical license. He is being investigated for his role in conducting human fright experiments on Nxivm women and failing to report a suspicious outbreak of poisoning or illness at Vanguard Week in 2016.

Porter is not practicing medicine and was recently hired to sell insulation in the Capital Region. After his new job was revealed on Frank Report, his employer fired him. Dr. Porter continues to live in Clare Bronfman’s Clifton Park home. His wife, Janie, attended the trial of Raniere and sat with Raniere supporters.

Clare Bronfman, who is reportedly still loyal to Nxivm, is subject to home arrest in Manhattan and awaits sentencing in July on charges of harboring an illegal alien and identity theft. Sentencing guidelines on her charges call for a sentence of 21-27 months.

Despite being barred from meeting with anyone on the Nxivm coaches list without her attorney being present,, Clare has met with at least one Nxivm coach from Mexico at her Manhattan apartment, reportedly to give instructions through her to Nxivm Mexico followers.

While DOS has taken a severe blow in membership, there are still a number of steadfast slaves. Whether they remain in DOS because of the collateral held on them, or whether they believe in the DOS training is unknown. Clyne has adopted several of Mack’s slaves into her own slave pod, such as Michelle Hatchette and Dr. Roberts.

Mack, who is no longer active in DOS, is under home arrest and will likely face prison time for her role in the Nxivm racketeering enterprise when she is sentenced in September.

Despite her defection, Mack’s collateral was not released. It was described by FBI agents as consisting of graphic nude photos, an apparent bogus letter accusing her father of sexually molesting her, a letter to child protection authorities claiming her nephews were molested, a contract promising to give custody to Raniere of any unborn children she might one day birth, and the signing over of all her financial assets to Raniere were she ever to leave or disobey him.

Mack denounced Raniere when she made her allocution in April, as she pled guilty to one count of racketeering and one count of racketeering conspiracy.  The maximum penalty Mack faces is 40 years in prison, but federal sentencing guidelines for her are in the 3-5 year range. The judge has discretion on her sentence.  Mack agreed to forfeit her townhome in Clifton Park to the government based on her conviction.

While some have argued that Mack is a victim of Raniere, during the trial, two DOS slaves, Nicole and Jaye, gave testimony replete with unflattering stories about Mack’s robust role in sex trafficking, forced labor and state law extortion on her master’s behalf. How this will impact the judge’s sentencing is unknown.

Clyne is presently living in Brooklyn, sharing an apartment with DOS slave Michelle Hatchette – and Samatha LeBaron and Justin Elliott. Dr. Roberts is also in the same slave pod with Michelle. She was formerly a slave under Mack and now is a slave under Clyne. 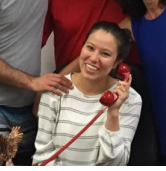 Sam LeBaron lives with Nicki Clyne. Stay tuned for more on this topic.