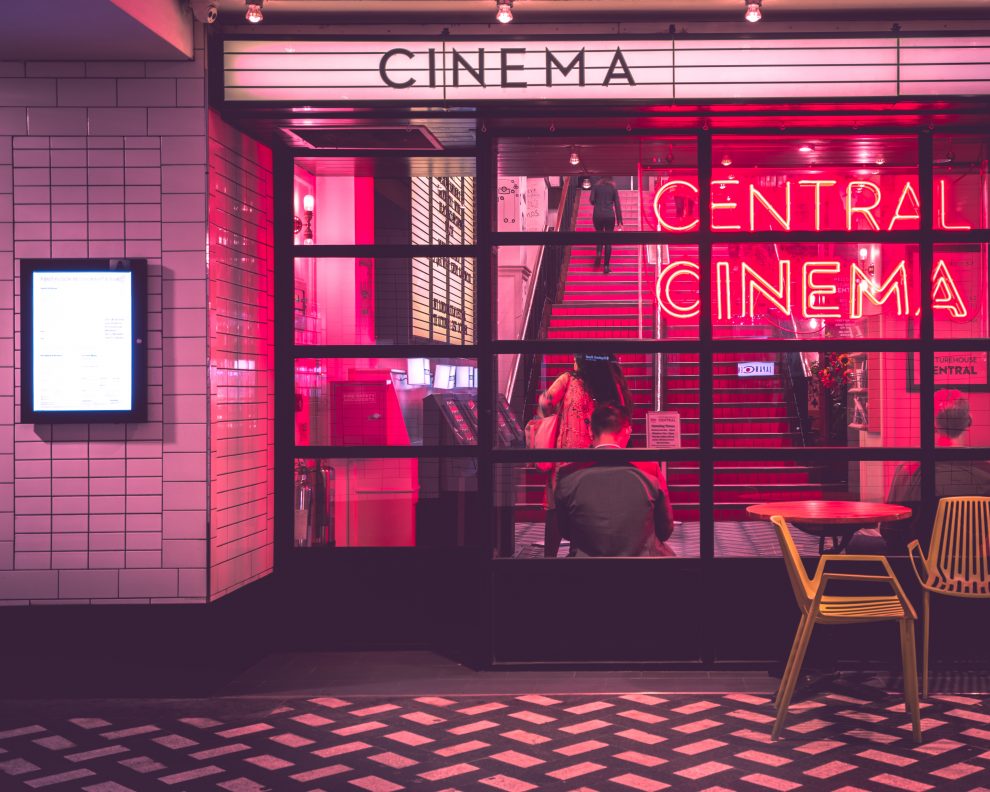 Discussions about independent films tend to be centered around the people who make them, or, at times, the festivals that give these films a real voice, put on offer for a much wider audience to enjoy.

These discussions have shaped our view of independent cinema in recent years, but, by necessity, they exclude any real examination of how these movies get seen after the festival season is over.

Unlike mainstream movies, independent flicks don’t get to enjoy the boost of Oscars season, as many of them aren’t marketed widely enough to receive nominations from the Academy, with a few notable exceptions, of course.

Films distribution is a less flashy aspect of moviemaking that tends not to receive significant media attention. It makes sense that film distribution is maybe most exciting in the indie sphere, where receiving any kind of distribution is never a sure thing.

In fact, there are times when a distribution company can become involved in a production long before filming has been completed.

Like many other elements of the independent filmmaking community, distribution is a collaborative effort, and distribution companies play a large role in how movies turn out, as well as how they’re marketed to audiences all over the world.

Epic Pictures Group is one such distribution/production company. Established back in 2008, Epic has a huge international reach, serving as an excellent example of how many different styles, budgets, and genres are present within the international independent filmmaking community.

Epic Pictures Group, and their Director of International Sales, Kalani Dreimanis, say down with us to talk through the most fundamental aspect of the company’s work: identifying and securing compelling movies that have the potential to perform well in theaters, on DVD, or (perhaps more relevantly) even on a streaming platform.

Dreimanis has been with Epic for the past couple of years, where she seeks out unique scripts and travels to a number of international film festivals to seek out movies deserving of attention.

Dreimanis has also worked with Myriad Pictures for several years and got her start early on as an assistant to high-power production studio executives.

Most importantly, Dreimanis spoke at length about the innate value of her work and how important intelligent marketing and distribution can be in a crowded indie marketplace.

We learned quite a bit from our talk with Dreimanis, and for any aspiring filmmakers out there, these lessons will prove vital as you work toward completing your first feature. After all, what impact can a movie have if there’s no one there to watch it?

Diamonds In The Rough

One of the questions Dreimanis fields most commonly is how exactly Epic is able to find impressive independent films that haven’t already secured distribution and marketing.

Some films seeking distribution haven’t even been finished yet, meaning they’re unlikely to have an online presence at all. Where can distributors look for interesting projects that are neither big-budget spectacles nor backyard student films?

For Dreimanis, the middle ground can be accessed by networking with agencies and attending events where independent filmmakers gather.

“We work with all the major agencies to connect with filmmakers who might need to complete financing for a film, or who might have already completed films that need international representation. We also go to a lot of pitch-fests, both domestic and abroad, to meet with filmmakers directly.”

Once this client base has been established, filmmakers Epic has worked with before often go on to refer other filmmakers in need of distribution. Word-of-mouth remains a powerful conduit for connection, even in the age of the internet.

In film distribution, there’s a definite sweet spot that increases the chances that a specific movie will perform well in the independent market.

To better define this sweet spot, let’s picture a spectrum.

On one end we have movies that are traditional in every way, from plot structure to performances to music selection. Movies like Shawshank Redemption, Green Book, and Brooklyn are all fairly traditional movies, and as such are unlikely to excite an audience looking for something new.

On the other end of the spectrum, we have highly experimental movies that try to do many different things at once, making many unconventional decisions in the process. These are movies like El Topo and Tetsuo: The Iron Man.

Neither end of the spectrum really has the potential to both please and excite. The sweet spot, however, includes movies that utilize modern trends and subject matter without making them overbearing.

“For the most part, the film community can adapt to the ever-changing market. The ability to adapt your creative process to how the industry has changed, in terms of distribution and consumption, shows intelligence and insight. It demonstrates a dedication to the craft of film, not just the business.”

The challenge in finding films that strike this all-important balance is formidable. For one, creators themselves need to balance their work properly. Then, distribution and sales professionals like Dreimanis have to find these filmmakers in a sea of artists all clamoring for attention.

Simply put, there’s a lot of searching involved. It takes a great deal of time to seek out movies that have something to say and say it well.

As Director of International Sales, Dreimanis is well-suited to discuss the unique challenge of accounting for how tastes and preferences vary based on location and nationality.

At times, these variations in taste can be pretty vast, and in addition to these cultural differences, each country’s tastes shift almost constantly.

This poses a unique challenge for distributors who operate on a worldwide scale. Sure, it would be great to have someone posted in every single country, closely tracking trends and popular movies, but that isn’t a practical option.

Dreimanis touched on how important it is to have conversations with distributors local to each market.

“We have to educate ourselves on the tastes of the different international regions, and that can only come from listening closely to international distributors. The first thing I do in a meeting is to ask the distributors what films have done well at the box office recently in their region. You get a better idea of what genre, what cast, what directors, and what festivals are relevant at the time.”

Maybe Germany has a newfound love for found-footage style horror movies. Maybe a singular Italian auteur has been the dominant tastemaker for the past several years.

Information of this nature proves to be a huge help when trying to determine whether a certain movie will be able to find success in a certain market.

These factors can also help determine whether a movie should receive a theatrical release or be sent to streaming from the start, a decision that we’ll discuss later in the next section. 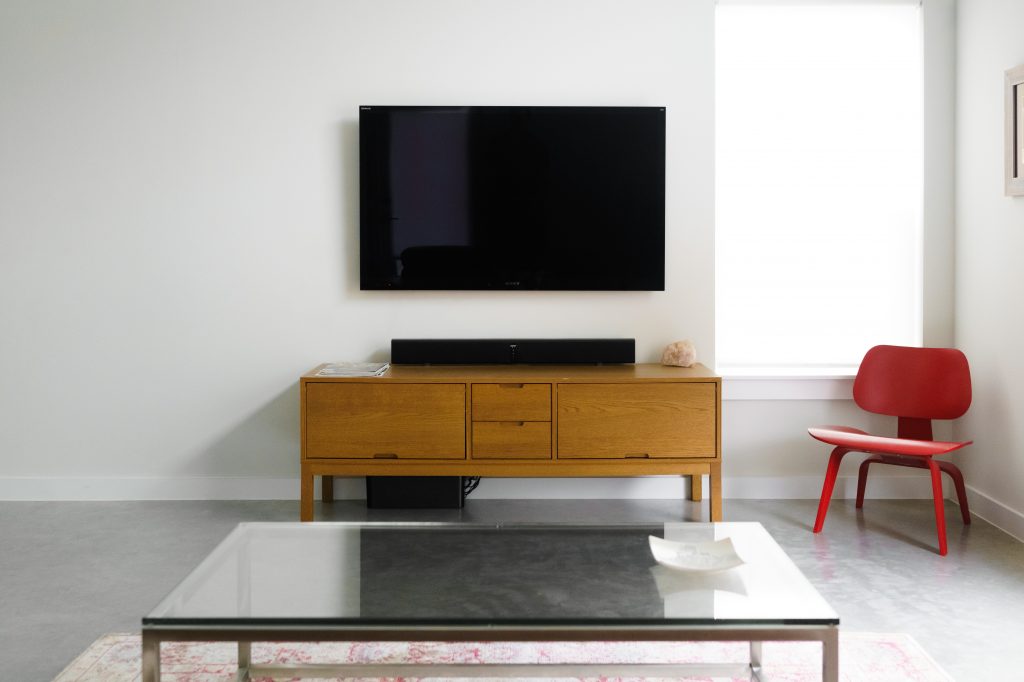 Just 15 years ago, reliable video streaming was still in its infancy. Remember the early days of Netflix streaming? Movies were not only interrupted every few seconds to buffer, but the selection offered was lacking, to say the least.

These days, it’s a very different story. We’re seeing many movie watchers staying away from brick-and-mortar movie theaters in favor of enjoying movies at home.

Thanks to several big-name streaming sites, you can track down just about every movie that has ever been made, sitting behind a minor paywall.

So as audience preferences have shifted, movies released directly to streaming services no longer have a nasty stigma attached.

In the indie realm, the question of whether a movie should receive a theatrical release or be released directly to DVD and/or streaming is an important one.

This is yet another area where it’s a thoughtful move to listen to distributors in each international region. Those local and hyper-local trends ultimately drive the decision.

“Certain titles and genres might be appropriate for a traditional theatrical release in certain regions, while other regions may take that same film directly to digital, without a theatrical release. We really just have to listen to what the market is dictating for that region.”

One of the great benefits of sending a film directly to streaming is that it usually doesn’t cost as much as securing theatrical screenings.

The convenience factor we discussed above also works in favor of streaming, as viewers may be more willing to watch a movie they might not have heard of before.

A native of the world of independent filmmaking, Dreimanis has valuable impressions of the community as a whole.

More specifically, it seems clear now that the indie scene is no longer the estranged stepchild of Hollywood. The indie community is just as likely as Hollywood (if not more likely) to make a movie you’ll love.

The only difficulty is viewers is that they may need to go a bit out of their way to find smaller-budget movies.

Thankfully, Epic Pictures Group and a whole host of other distribution companies have made it their business to do the hard work necessary to find these flicks, on behalf of viewers everywhere.

“We track almost all of the major film festivals around the world extensively, and some not-so-major. There is a lot of content out there and a lot of talented people making films outside the system, so it would be a shame for a wide audience to miss out.”

Is it inevitable that indie filmmaking will eventually become the new norm, swallowing Hollywood and its shrinking number of studios? Who knows?

But for the moment, there’s no doubt that independent filmmaking has the unique ability to connect with audiences all around the world and give them something that is both new and familiar.