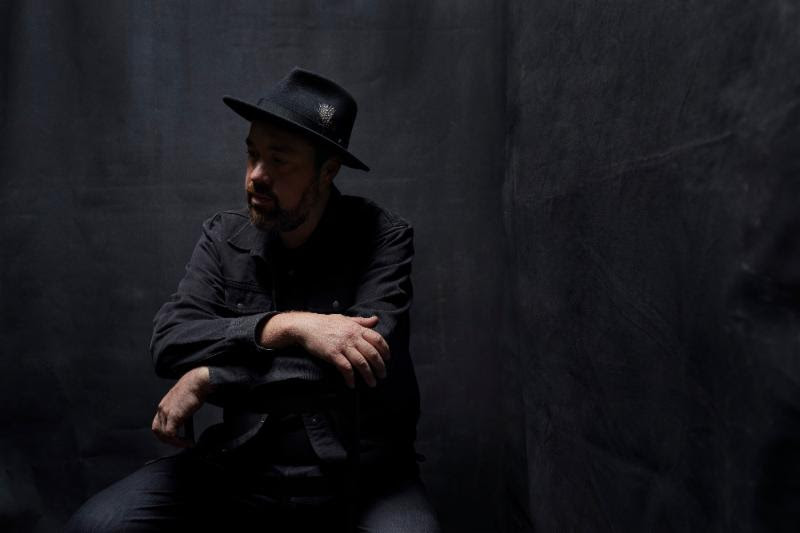 June 28th, 2019-Multi-Grammy award winning artist Eric Krasno has announced his next project: a groundbreaking concept album, TELESCOPE, which he will be releasing as KRAZ . The first video, “Leave a Little” introduces listeners to apartment 3A: Gina, a fading prom queen from the Midwest who now lives in the brownstone. Three unique storylines will be revealed in the coming weeks.
On “Leave a Little,” the steady beat underscores lyrical guitar and keys as
KRAZ vocally details a night out with gorgeous femme fatale Gina. “Her existence is really dark,” he goes on. “‘Leave A Little‘ is the moment where she discovers she needs to start changing.”
Drawing inspiration from The Who’s ‘Tommy‘ and David Bowie’s ‘Ziggy Stardust,‘ this passion project for KRAZ serves as an homage to his home in Brooklyn for 18 years and shows touchstones of Krasno’s own dynamic career throughout. The complete project follows three apartments, the people residing in them, and how their lives intertwine with each other.
Much like the characters themselves, the music exists at a crossroads. “It’s a cross-section of the different worlds I’ve lived in-from producing hip-hop records for guys like 50 Cent to performing with The Grateful Dead,” he affirms. “I always hoped to eventually combine everything. I also wanted to write from these different perspectives. This was the first time I could. I moved to Los Angeles at the end of making TELESCOPE, but this is my ode to Brooklyn. Some of the songs are based on true experiences and real people. Others are embellished. There’s definitely some of me in the songs too.”
The Soulive and Lettuce co-founder, singer, multi-instrumentalist, and two-time GrammyAward-winning songwriter-producers virtuosic and innovative guitar playing has paved the way for experimental jam bands. His collaboration credits read like a who’s who of the music industry over the past decade most notably The Rolling Stones, Dave Matthews Band, John Mayer, The Roots, The Grateful Dead and more. He has also worked behind the scenes as a producer and songwriter for everyone from Norah Jones, Tedeschi Trucks, and 50 Cent to Talib Kweli, Aaron Neville, Allen Stone and most recently Marcus King Band. For nearly two decades, Eric Krasno has been an omnipresent figure in popular music.