To the NXIVM remainers, this is what control and abuse looks like.

He was just grossed out by her puking, but he wanted her to starve herself to enhance her attractiveness to him. Keith is a controlling, abusive, selfish misogynist. Period.

There is no mission to save the world, only word salad. Old, stale, recycled, stolen word salad at that. (Read up on Scientology, the verbiage is similar, if not identical. The “tech” is underpinned with a hefty dose of Atlas Shrugged.).

A lot of Nxivm tech is straight off the self-help shelf at your local library or bookstore. Keith just got there first, packaged it, and sold it to wealthy people who wanted to be spoon-fed rather than do the work themselves. Similar experiences can be found in other large-group awareness training [LGATs]. I just don’t think they were founded as a basis for serving a creepy sex pest’s needs.

Keith wanted Cami to abuse and humiliate Robbie, Esther’s son. He did it to control who had access to the women he wanted, and he wanted to be the only one with access.

Is it possible that some of the major fixes attributed to Keith – like the “curing” of Tourette’s – are more likely attributed to time and spontaneous resolution? Science seems to suggest that in some cases of childhood-onset Tourette’s, the problem may resolve on its own.

Stop trying to justify pedophilia because Keith is a pedophile. Do you all ever wonder why the DOS women were so thin? Maybe so they would look like prepubescent girls? Keith knew what he was doing. He had a type. His type was underage.

Cami was not the prototype but she was certainly an ideal. If Keith had sex with Cami when she was 15, he committed statutory rape (in NY the age of consent is 17). Furthermore, from the standpoint of anatomy and physiology, the reasoning and judgment centers of the brain do not fully mature until around 26 years of age. Not only did he commit a crime, he took advantage of Cami.

Stop spewing this “age is in the mind” crap. It might be true for an 80-year-old marathoner who meditates every day, but using that crap to justify a pedophile’s actions is utter garbage.

Clare Bronfman spent a hell of a lot of money terrorizing the “enemies” of NXIVM via litigation. She is no one’s friend. Keith weaponized her and her money. He turned her against her own father. Her last visit to her dying father was, according to Mark Vicente, cruel and shocking. I would hope that those she hounded with her lawsuits return the favor and keep her tied up in the courts for a long time, and drain her trust fund dry.

According to Rick Ross and other cult experts, many people who leave cults just move on with their lives.

NEX Remainers, here’s your chance. Walk away. Start your lives over, somewhere else. Reconnect with your loved ones that you left behind to run with Keith and the gang. You can become best versions of yourselves, but you don’t need to have some greasy haired, smelly, middle-aged sex fiend with erectile dysfunction telling you how to do it.

Stay away from the DOS loyalists: Nicki, Dr. Danielle, Princess Buttplug (Dani Padilla) and the rest.

They will pull you back in, drown you in word salad, wake you at 3 am for readiness drills, and lead you down a path that is not at all successful. 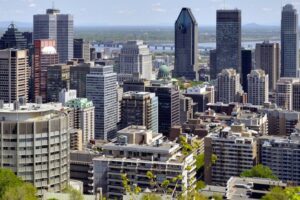 Betancourt Website Suspended
What Happens to Keith Raniere Will be a Good Measure of the U.S. Prison System
Comment