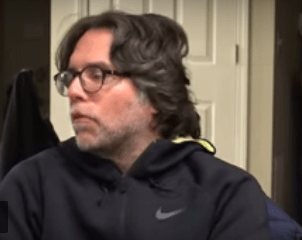 Thanks to Frank Report for taking the effort to publish this series of exchanges between Keith Raniere and Cami.

How does one even begin to put these communications within the broad and crucial context that Raniere conditioned Cami for nearly a decade? Here she was 24 during these latest quoted excerpts.

Cami had been in his grip for nine years already, since he started having sex with her when she was 15. Provably.

Add to it that she is one of three sisters, and their Kool-Aid drinking parents allowed each one to be victimized by Raniere. For years. A real life soap opera horror movie sinking down right next to snuff film level. These parents paid a lot of money for their daughters to be treated this way, too.

The abortions, vagina poses, throw in a two year captivity for one daughter, getting branded, participating in various crimes – well you know, that stuff is expensive.

People thinking they’re buying self-help and instead getting sucked into the vortex of blood, guts, extortion, starvation, slavery, sexual abuse. And they were instructed to smile and be happy while falling apart on the inside. Enjoy it and get more recruits with your contagious enthusiasm.

Multiply this by the numerous women who individually had the same sort of relationshit with Raniere.

Raniere was the fucking Ford Pinto of relationshit. Clare has no taste at all. Nancy is like the human embodiment of a grinning hyena. In her sixties, yet. Oy veh to the Executive Success.

You’ve offered a banquet for analysis here. To quote Frank Zappa, Wowie-Zowie. Raniere is a guy who tells on himself every time he opens his mouth. It is obvious that he has no concept of how transparent he really is.

You can begin to envision the roots of his obsessions from how, specifically, he has chosen to manipulate others, word by word. You begin to see his craven and diseased neediness for what it is, as well as how he has applied his systematic overlay of craftiness to hide his real crap and to use it to get what he wanted.

He himself reveals what he has had to have for himself. It is like listening to a sex addict who also happens to be addicted to gambling because Raniere was compelled to keep overplaying his hand. You read his composition here, like being able to read music.

You read it note by note and then can hear the whole stack of pages at once. You really get to read Raniere’s inner cacophony.

It looks as though the time when he might have been cured (to some extent) had passed before he was even out of elementary school. In other words, Raniere’s primal, gaping personal fixations preceded the development of his abstract intellect. And so he was able to develop his intellect while he was already askew inside, say from about the age of eight or maybe seven. He went down the dark road early. Speculatively.

This is entirely different from the more commonly understood late adolescent forms of breakdown, regardless of their various pathologies. One of the key differences is that Raniere was able to function out of his own sociopathy. In a way, he built it himself. He could control it to some extent because, abstractly, it’s been all that he has ever known. Strangely enough, Ted Bundy operated similarly, by the way. He had some command of and used a huge mental and interpersonal facade to get what he wanted. He just moved a lot faster, having a different end in mind.

Possible Reasons for Sentencing Delays for Kathy, Nancy and Clare
J. Z. Knight as Ramtha on Merv Griffin in 1985 Predicts Second Coming of Christ Will Occur by 2000
Comment