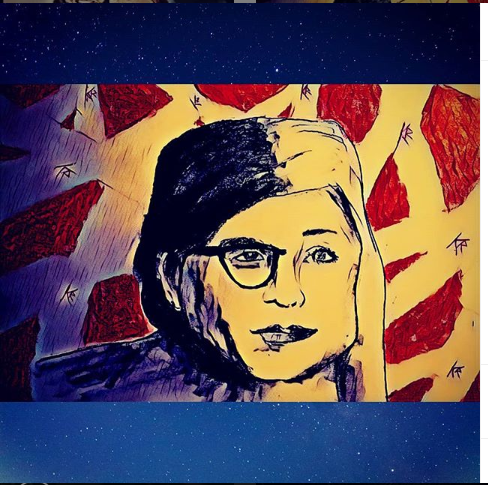 “She had a meltdown,” the source said. “She was babbling and incoherent and needed psychiatric treatment.”

Mack lives at her parent’s home in Los Alamitos, California, and is subject to home arrest. She wears an ankle monitor so that authorities can track her whereabouts 24/7.

“Her episode was so severe, and her lack of cognition of her surroundings caused alarm for family and friends and necessitated medical attention,” the source said.

Mack was not called as a witness to testify against Keith Alan Raniere, her former slave master.  On June 19 [Vangone Day], Raniere was convicted on seven felony counts including sex trafficking and racketeering.

During the final weeks of Raniere’s trial, two of Mack’s former slaves gave damning testimony about Mack before the jury, and Judge Nicholas G Garaufis, who will sentence Mack.

Mack was described as controlling, sadistic and extremely salacious.

Her sentencing is scheduled for September 11.  While sentencing guidelines suggest a prison sentence in the range of 3-5 years, the judge, if he thinks she deserves it, can sentence her to up to 40 years.

There are some who think Mack was a victim and forced to obey orders from her slave master, Raniere, who held blackmail material on her.  Others say Mack truly believed she was helping her own slaves become empowered through Raniere’s tough-love discipline and sexual healing techniques.

One person who is not buying that Mack should be held less culpable than her master is Nancy Grace, a former prosecutor and famous TV journalist.

“Nancy Grace believes Allison Mack should not be given any leniency when it comes to her prison sentence for her involvement in the NXIVM sex cult, RadarOnline.com exclusively learned.

“In an interview with Radar, the veteran prosecutor told Radar that Mack, 36, deserves to be locked up behind bars for the same amount of time as the … Keith Raniere…

“’I don’t care if she’s a famous actress or not,’ Grace fumed to Radar. ‘She did this. She stood by him and watched it and took part in it. She should get the same sentence as [Keith Raniere]…

“’We’re talking about an actual sex pervert who actually took a hot iron and branded human flesh of his victims,’ Grace said. ‘He’s criminally liable for all of that.’”

Meantime, Crazy Days and Nights reports that Mack is having sex with at least two men.

“Those close to this disgraced former A-list mostly television actress from a long-running hit show know the identity of the person footing the bill for legal services in exchange for sex. He has got some very big pockets and is close to some other people who also are in need of legal services for the same issue.

“What people didn’t know is who is the second person she has been hooking up with. The guy she says she wants to be with forever. No one has seen him. It is a jaw dropper. Apparently, it is one of the people that was investigating her. Not sure if the person is local or federal. It seems like a huge conflict of interest regardless of their jurisdiction.”

Any serious relationship Mack is contemplating might have a long cooldown period. She almost certainly will be sentenced to prison time. Federal prisons do not permit conjugal visits.