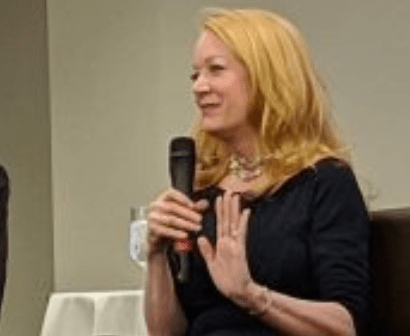 One of the things that readers of Frank Report don’t get a chance to see is the amount of cooperation that goes on among those who are dedicated to exposing more of the dark secrets concerning the members and operations of the NXIVM cult.

It’s somewhat understandable that journalists and reporters would cooperate with one another.

Even though they work in an environment where “scoops” are important, they also know that sharing information about complex cases like this is the only way to ensure that the whole story is made public.

Since he broke the story of the human branding back in June 2017, Frank Parlato has been sought out by hundreds of documentary producers, filmmakers, journalists, authors and reporters.

Most of them were seeking clarification about aspects of Keith Alan Raniere and NXIVM that they simply didn’t understand.

Others – especially those who were just assigned to cover the recently-completed trial of Raniere – were seeking background information about Raniere and NXIVM. Information that they could have obtained by doing several hours – or maybe days – of internet searching.

Not once during this time did I see Frank refuse to answer anyone’s questions.

While some like Barbara Bouchey, Susan Dones, Catherine Oxenberg, and Mark Vicente have openly shared whatever information they had about the cult’s inner-workings, others have hoarded such information as if it were gold.

A few have even obstructed us and other journalists from getting access to information.

This type of obstructionist behavior is usually the result of someone trying to make themselves seem more important than they actually were in the takedown of NXIVM – or as a way of protecting whatever financial gain they hope to reap from future books, movies, podcasts and the like.

People who were actually involved with the NXIVM cult for many years – e.g., Barbara Bouchey, Susan Dones, Mark Vicente, etc. – have insights and perspectives that no one else has.

Yet, those are the very people who have been willing to share the most – and to help link us and other reporters to individuals who have something unique or special to add to the story of NXIVM and Raniere.

Barbara, in particular, has shared extremely helpful in explaining how certain matters were handled within the cult.

And even though she still insists that there was some good within Raniere’s “tech”, she has also been extremely helpful in explaining how that same “tech” could be misused to harm others.

In addition, Barbara has also been very helpful in putting us in touch with others who have their own insights regarding NXIVM and Raniere.

Meanwhile, a select few have tried to turn themselves into gateways that must be navigated in order to talk to other victims.

Oddly enough, many of these self-proclaimed “protectors” have little real experience in dealing with the NXIVM cult – and have simply inflated their real stories in order to make themselves seem more important to others.

Groups like NXIVM are rarely, if ever, brought down by a single individual.

Instead, it takes a collaborative effort to expose the evil – and to destroy it.

That’s why it’s important that no one ever put their own interests ahead of the collective interest of ensuring that NXIVM is destroyed forever.