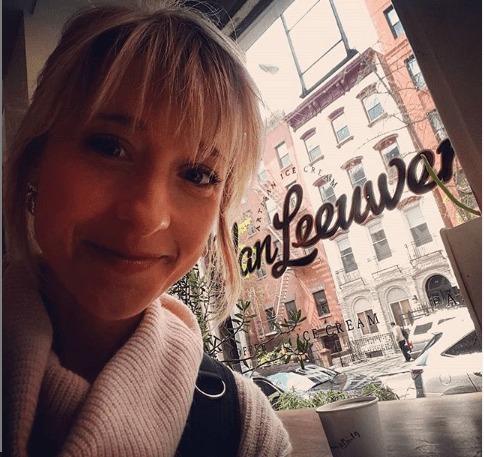 Editor’s Note: As Allison Mack’s scheduled sentencing date draws nearer – it is now less than 60 days away [September 11th] – there have been a number of readers who have chosen to post on Frank Report concerning her culpability in the Nxivm slave-trafficking and racketeering enterprise. These posts range from Allison is a 100 percent victim to Allison is 100 percent criminal. The following post leans toward the latter.

It’s understandable that Allison Mack could be deemed a victim of Keith Raniere, but that doesn’t excuse or dismiss her behavior.

She bought into his version of Utopia, and she was happy to be close to the “king”.

For a moment, get on the Utopian train with her. Imagine who Allison Mack would be if KR’s version of reality had actually occurred?

She’s already shown the kind of “slavemaster” she would be on a minor level. Can you imagine her with 100 slaves…? 200…?

Would she somehow develop a kinder, gentler way to manipulate her slaves into having sex with the “king”?

What happens to collateral when the “king” gets tired of magnified labia shots, and bullshit incest stories?

The brainwashing put her in the position(s) to make choices that a normal life wouldn’t have to consider, but it didn’t make her become a sadist! She did that by herself! Her style, her flavor!

These people took a few courses in self-help and were inspired by “changing the world” with this ideology. At what point on the path to enlightenment (with “the most ethical man in the world”) does it require you to sub-humanize others? Whether it’s using them as a “fuck toy” or cleaning your house and running errands, it’s all still “using”, unless there’s a fair exchange, and goes against the “we are one”, kumbaya of the new age.

How on earth does holding someone hostage with collateral become a tool for enlightenment?

They will cry, faint and have breakdowns…too bad, so sad… These reactions are because they KNEW it was wrong and they didn’t listen to themselves! They put ALL their faith in a sociopath’s basket and became the worst versions of themselves. Now it’s time to pay the piper. After all, as Keith Raniere taught in his mission statement for Nxivm, there are no victims, right?