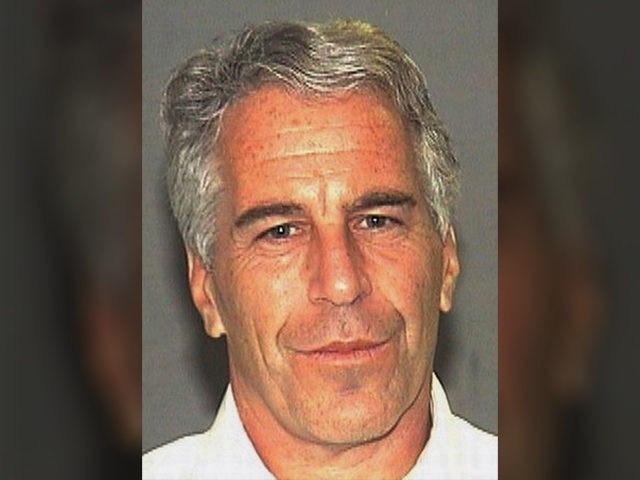 You think about how very spoiled Jeffrey Epstein let himself be, and how he’s accustomed to having his least desire satisfied quickly. Of course, his nouveau riche highASS finds jail to be disgusting and terribly inconvenient.

It must be especially frustrating to his huge, entitled, dickhead ego. In jail, nothing ever gets done fast, right or efficiently. The only way to get any instantaneous gratification would be to stab somebody, but poor Jeffrey isn’t athletic enough for that.

His entire energy has to instead be aimed at beating the system. It must nearly drive him crazy to be in an environment of such powerlessness and starkness. The smell in there alone is just not for him. You understand this, right? You have to get up early and there’s nobody serving good coffee.

How the hell are you supposed to be able to get a fresh fruit smoothie in this dump?

Jeffrey isn’t a criminal; in Jeffrey’s estimation, he’s living his best life. He is popular! He is rich. He serves girls to the captains of government and industry. All of the “right people” appreciate Epstein. He is a helluva guy! Girls are just one of his hobbies, that’s all.

Law enforcement must be a necessary inconvenience for Epstein, mainly designed to handle the poor, the uneducated, the violent and the sloppy, to keep them in line. But law enforcement should never bother Jeffrey Epstein because he’s too cool for school.

Why, oh why, isn’t this understood? Step back and let an important man do his thing. Law enforcement should be thanking Epstein, you see, not harassing him. These LE people should only bother him when they want some underage girls for a retirement party.

Epstein has had high friends in high places. They rode his jets, drank his cocktails, snorted his coke, and ejaculated semi-anonymously and without consequence, upon whoever happened to be provided. Enter the chorus of excuses.

Nobody knew that Jeffrey’s stable of fillies needed to have their IDs checked. And we are taught never to be impolite, never to question the sources of our host’s bounty. That is rude. It just is not done.

Too bad that Epstein turns out to be gauche, criminal and stupid. He can’t be a thing anymore. The man is a loser. And he hung around bad ex-presidents. But we never really knew him well at all anyway. Oh dear.

If he gets it back together, great. If not, adios cowplop. Who was this Robert Einstein guy – the billionaire who just got arrested for sex stuff? Do we know him? We don’t? I thought not. Of course, we didn’t.

And what about all of the not yet dead presidents and princes who rode around in Epstein’s party caravans? None of THEM are complaining. Their latest problem is where to find new, uncomplicated fun now that Epstein has hit the rails again.

It’s true though, that Jeffrey has become somewhat inconvenient, too. Since he needs to be kept quiet, why not just send him on some kind of permanent vacation? Like Whitey Bulger from Boston stayed free but restricted for years in his Santa Monica condo, the same arrangement can be made for whatshisname. Epstein. Bruce Epstein.

None of this had to happen.

This is why the rich and powerful expect you disapprovers to turn a blind eye and to hold out your palms for some grease if need be.

Leave Jeffrey and his candy jars alone. He has been such a handy, easy-going pimp. He really had no idea that this was what he was doing. He always tried his damnedest to be entertaining. He was just a necessary evil but not a bad guy. This is getting too serious for the poor schmuck. You do know it stinks in jail. His expensive lawyers keep saying it isn’t good for Jerry Epstein’s health.

It is simply not acceptable for him to be shut in a filthy joint full of poor guys. He can’t have a cellphone plugged into his stylishly pea-sized brain. Rotten food, never a moment alone, hostile, bare-bones atmosphere, not a good cup of coffee to be found.

No servants and, worst of all, no exit. Poor little Jeffrey Epstein! Somebody is (reluctantly) trying to shut down his sex-traffic hobby. And this is not the first time that people have bothered poor Jeffrey. He had to buy his way out of trouble just awhile ago. No wonder he’s willing to cough up a hundred million or so. The price of privacy these days, Harvey Weincup.