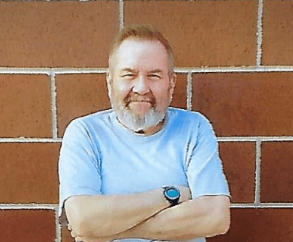 A Look Behind the Walls at Federal Medical Center Devens

Well, with all these rich guys apparently heading my way, I thought I would give readers of the Frank Report a look inside this federal prison.

Because it is a Federal Medical Center (FMC), Devens is somewhat unique as far as federal prisons go.

It’s where many prisoners with significant medical problems spend most, if not all, of their prison time.

It’s also where many lifers – hopefully like Keith Raniere and Jeffrey Epstein – eventually go to die.

First, it’s not all gloom and misery here.

Many inmates are chess masters, legal eagles, and card sharks.

We have an excellent library because a lot of us donate books. Because of the donations of people like Peter Madoff [brother of Bernie Madoff], Anthony Weiner and myself, we have a nice selection of New York Times bestsellers.

They’re spread out in multiple units over the length of the prison.

Each unit is a separate building.

Size of the Prison

The “good news” is FMC Devens is a sprawling place. You have to walk everywhere outside during 10-minute “moves”. Lots of fresh air.

The “bad news” is it’s a big sprawling place. This makes it very hard on older inmates and diabetics like me [I’ve had three foot ulcers and have had to go to specialized wound care specialists several times since I’ve been here]. Needless to say, we have a lot of amputees.

The upside is you get out in good fresh air every day to eat or do some rec or anything else. Summers are hot and winters are cold. Our coats suck.

The Food in Prison

The food is the worst part.

Mostly rice and beans with a little horrible meat.

Breakfast is the best meal and we get some kind of fruit each day.

Along with a radio to hear the audio on the TV – and to listen to Boston NPR.

We can also buy snacks, Slim Jims, Raman noodles, junk food, aspirin and other over-the-counter drugs and toothpaste and such.

Everything is grossly overpriced.

We have inmate-taught classes and I’ve taken quite a few.

But most of the education in for GED prep.

Only about 30% of the inmates here have graduated from high school. GED classes are mandatory for them.

I live in a cell block with about 135 of my closest friends.

We live in two-man cells with bunk beds, a toilet, a sink and a locker for each of us.

In the common area, we have televisions [you need a radio to listen to them], computers [you pay by the second], telephones [$3.15 for a 15-minute call], a hot water machine for making coffee, tea, etc., an ice machine and a microwave oven. The machines are all free.

The rules here in terms of medical care are fairly straightforward: You get treated as well as you treat them.

Sick-call has a $2 co-payment but chronic care is free.

We have a whole Dialysis Center for the hundreds of inmates who are suffering from kidney failure.

Personally, my medical care has been very good.

Due to my complex medical issues, my care was transferred to Beth Israeli Hospital in Boston.

One tumor has been successfully removed by RFA treatments – but I’ve recently developed another one and am waiting to have it removed.

My poor liver is on its last legs – and I need to get a new one.

The staff at the Beth Israel Hospital are wonderful. They treat me as a human being, despite the fact I’m chained to the bed and watched 24/7 by an armed guard even though my security level is low and I self-surrendered here.

The downside to all this is each time I’m taken to Beth Israeli, I’m chained and shackled and put into a very uncomfortable van for the 42-mile ride.

I’m also guarded by two armed guards. With Boston traffic, a simple visit for a check-up can take all day.

Dental is fillings and getting your teeth pulled. Nothing fancy and little pain relief.

My wife, my family, and Visiting Days.

I have the best wife in the world. She comes every three weeks, is my best advocate and is frankly a better person than I will ever be. This has been just as hard on her as it is on me and I’ve never heard her complain.

My sisters and a select group of friends have also been wonderful.

I don’t think I could have gotten through this without my wife, family, and friends.

But lots of guys here have none of those.

I’ve been pepper-sprayed in the chow hall.

I was seriously assaulted by a neo-Nazi sympathizer but fought him off [I was put into the SHU for 40 days until it was deemed I acted in self-defense].

The Nazi was shipped back to a penitentiary after he screamed at every CO, “I will kill you.”

Most violence is quick, sometimes brutal and it comes out of nowhere.

I have an expression: “In prison, you are never alone but you are always alone”.

In here, you look out for yourself – and you must always be ready to protect yourself.

We have too many drugs and cell phones and too much gambling. All can lead to violence. I keep my nose out of all that shit and always mind my own business.

We watch CNN and Fox News every day.

I get the Albany Times Union [incredibly expensive in prison]. The paper is passed around between many inmates.

I’ve met Peter Madoff [I think he’s still a conman] Anthony Weiner [A smart guy who got along in prison alright]; Sonny, an old mobster who was portrayed in the movie Good Fellows. [When he went home from here, he was the oldest inmate in federal custody at age 100].

Aside from those “celebs”, most of the guys here are low-level drug offenders who got sentenced to obscene lengths of time.

Many inmates are religious with General Christian, Moslem, and Catholic, the largest groups. I go to Catholic Mass every week. There are many minor religions from Wicca to Mormon to the Neo-Nazi Asatru.

While from outside the Razor Wire this looks like a modern prison, the inside is a very old, broken down Army base. The plumbing is old – and the water is brown.

On Christmas Eve 2015, in what was officially termed a “Boiler Malfunction”, I was badly burned with first, second and even some third-degree burns on my left foot that melted the flesh all the way down to the bone.

There is no easy way to describe this; it was horrible. BOP promised me “The best care they could provide” and they did.

Three weeks in a Hospital and 65 days of burn dressing changes. For those who have had serious burns, you know what that means.

Like most burns, mine became infected and I developed Methicillin-resistant Staphylococcus aureus (MRSA), a bacterium that causes infections in different parts of the body.

This was a very difficult and painful time for me.

Being very ill and sick in a prison is about as bad as it gets. But you take care of yourself and in the end, I managed.

I can laugh at the scars now and I’m planning to add some tattoo flames around the edges when I get out.

I’ve had too many friends in here die. That is the starkest reality of prison. I’ve seen men die of natural causes right in front of me.

I’ve held the hands of dying friends in the basement [hospice] and later spoke at their Memorials.

Well, I hope this gives Frank Report readers a little insight into what it’s like here.

In the end, prison – like all of life – is what you make out of it.