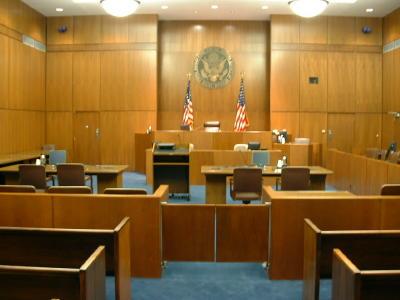 Sentencing dates are looming for all six of the co-defendants in the case of the U.S. v. Raniere Et Al.

The original sentencing dates for Nancy Salzman, Clare Bronfman, and Kathy Russell were all postponed – and although new ones have not yet been set, it is expected they will likely be sentenced before the end of September.

Lauren Salzman and Allison Mack are still scheduled to be sentenced on Wednesday, September 11th at, respectively, 11:00 AM and 12:00 Noon.

Keith Raniere is scheduled to be sentenced at 11:00 AM on Wednesday, September 25th.

At the hearings during which they entered their guilty pleas, the presiding judge, U.S. District Court Judge Nicholas G. Garaufis, indicated that the applicable sentencing ranges for Nancy, Clare, and Kathy would be as follows:
– Nancy: 33-41 months
– Clare: 21-26 months
– Kathy: 6-12 months

At the hearings during which they entered their guilty pleas, no such sentencing range was specified for Lauren or Allison. Based, however, on the crimes to which they pleaded guilty – and assuming that neither has any previously undisclosed prior criminal convictions – it is believed that they will each receive a sentence of 48-60 months

In what will quite likely turn out to be the worst gamble he ever made, Keith decided to go to trial on all seven charges he was facing. Given that he was found guilty on all of those charges – and given that one of them carries a minimum sentence of 15 years – it is believed that Keith will likely receive a sentence of 25-30 years.

Other Penalties to be Imposed by the Court

In addition to their individual prison sentences, each of the defendants will also have several other penalties imposed on them. These include the following:
– Pay a $100 Special Assessment;

– Be subject to three years of “supervised release” (AKA “probation”) after their prison terms has been completed (During this period, they will, among other things, need to get permission to travel beyond their local area; be subject to random visits by their assigned Probation Officer; be subject to random drug tests; and be required file “Monthly Supervision Reports);

– Pay a fine to be determined by the court (The maximum fine that can be imposed is the greater of $250,000 or twice the gross profits of the NXIVM criminal enterprise); and

– Pay whatever restitution is determined by the court to be appropriate for each person it identifies as a victim.

Collateral Consequences Of Having A Felony Record

Most people are unaware of all the collateral consequences of having a felony record in the United States.

Although the specifics of these vary by state, the most common collateral consequences are as follows:
– Loss of the Right to Vote: Although most states restore a felon’s right to vote after the prison term has been served, others do not do this until after the period of supervised release is over. Still others have established extraordinarily complicated processes that effectively makes it impossible for felons to ever vote again.

– Loss of Right to Possess Firearms: Felons are permanently excluded from ever possessing any type of firearm – including those that are generally used for hunting.

– Exclusion From Public Housing: Certain types of felonies – e.g., drug-related crimes, crimes of violence, etc. – will permanently ban the perpetrator from living in public housing if the crime took place within a public housing unit.

– Loss of Public Assistance: Felony drug convictions may result in a permanent denial of eligibility for food stamps and/or public assistance.

– Loss of Right to Travel to Canada: All felons are permanently banned from traveling to Canada unless they have received special permission to do so from the Canadian government.

The consequences of being a felon in the U.S. are severe and wide-ranging.

This means that as long as she chooses to live in the U.S., even Clare Bronfman will never forget that she’s a felon.