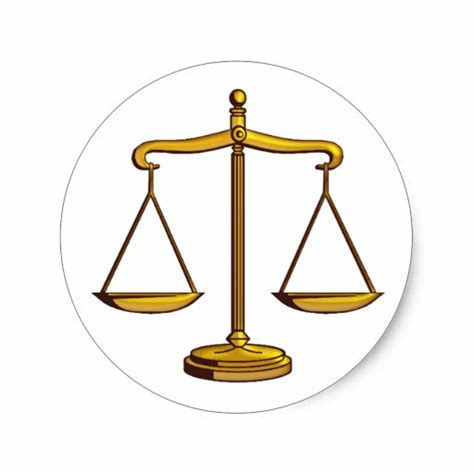 It’s been more than three weeks since Keith Alan Raniere AKA The Vanguard was convicted on all the charges against him – and not once during that span of time have I doubted the appropriateness of that outcome.

Some see him as nothing more than a conman – sort of a small-town version of Bernie Madoff.

But he is much worse than that.

He has earned all the horrors that await him in federal prison.

He deserves to die without ever experiencing freedom again – and he likely will.

And yet, I still worry about the inherent injustice of a system that has achieved what I consider to be a very just outcome.

If it were anyone but Raniere, I would worry even more…

The Theory Versus the Reality of our Criminal Justice System

The theoretical underpinnings of our criminal justice system are the noblest in the history of the human race.

A presumption of innocence…

The right to confront one’s accusers…

The right to an attorney if you cannot afford one…

The right against self-incrimination…

Requiring proof beyond a reasonable doubt…

All very noble standards and requirements.

But is that how our criminal justice system really works?

The Opening of an Investigation

For most individuals who are charged with federal crimes, the process usually begins with an investigation that is triggered by someone registering a complaint with an agency or a law enforcement official.

In Raniere’s case, however, the investigation was triggered by a front-page story in The New York Times that caught the attention of the U.S. Attorney’s Office in the Eastern District of New York (EDNY).

Is that how our justice system should work: i.e., should newspaper stories be the basis for opening criminal investigations?

But law enforcement officials throughout the Northern District of New York (NDNY) had refused to respond to numerous complaints about Raniere and NXIVM/ESP – either because they were bribed, compromised, or inherently lazy.

Once the EDNY investigation got underway, it quickly collected enough evidence to charge Raniere with several crimes.

Much of this evidence was gathered via a grand jury proceeding that Raniere was never told about – and in which the members of the grand jury only heard testimony from the witnesses that the EDNY prosecutors chose to present.

Search warrants were issued based on the testimony of FBI agents that went unchallenged?

Subpoenas were issued to people who were given a binary choice: testify truthfully under oath or be indicted yourself.

Immunity deals were given to others who were involved in NXIVM’s criminal enterprise in order to get them to reveal infromation abou8t Raniere and NXIVM,

Even though Raniere was never officially informed that he was the target of a federal investigation, he found out about it because several of his loyal followers were subpoenaed to appear as witnesses before the EDNY grand jury.

And so Raniere fled to Mexico – where because of the political influence of his followers there, he obviously thought he was impervious to extradition (This was obviously not the smartest-man-in-the-world’s best decision).

What he didn’t consider is that the EDNY prosecutors wouldn’t bother trying to extradite him.

Instead, they convinced the Mexican authorities to have the Mexican national police pick him up at the luxury villa where he was residing – unceremoniously (and without any court proceeding) dump him at a border crossing – and force him to cross back into the United States.

And, coincidentally, there just happened to be U.S. agents on the American side of the border who recognized him, took him into custody, and eventually transported him back to Brooklyn, NY.

Once he was arraigned, Raniere immediately sought bail.

And, even though there is a strong presumption that defendants should not be incarcerated while they’re awaiting trial, Raniere was denied bail.

Even when he amended his bail application to offer more assurances that he would show up for his trial, he was denied bail.

Regardless of what security he offered, he was deemed to be a “flight risk’ and a “danger to society”.

And so he spent 14 months being incarcerated in one of the worst prisons in the U.S. as he tried to prepare for the trial that would determin how he spends the rest of his life.

Once they had Raniere in custody, the EDNY really went to work on him.

Suddenly, instead of three charges, Keith was facing eleven charges.

And instead of ten predicate acts to support the Racketeering charge, there were now fourteen such acts.

Several of the charges involved activities that clearly did not take place in the EDNY – and should not have been charged there (Eventually four of these charges were dismissed on jurisdictional grounds – and referred to the NDNY).

But Raniere’s attorneys had to waste time and resources fighting battles that neverwould have been necessaril;y had the prosecution not included inappropriate charges i9n the superseding indictments.

But others who were originally named as alleged co-conspirators were never formally charged with any crimes, thereby allowing them to escape any prosecution for their role in the NXIVM/ESP criminal enterprise.

Still others were given immunity deals that ensured they would not be charged for any crimes they had committed provided they agreed to testify against Raniere and his co-defendants.

In the run-up to the trial, there were numerous issues that had to be resolved by the presiding judge, U.S. District Court Judge Nicholas G. Garaufis.

What evidence would be admissible?

Would Raniere’s Mexican witnesses be granted “safe passage” to come to Brooklyn to testify in his behalf – or, in the alternative, would they be allowed to testify via closed-circuit TV.

Would Raniere’s alleged “victims” be required to reveal their identities – or would they be allowed to testify under just their first names or a pseudonym?

In every instance, Judge Agnifilo ruled in favor of the prosecution and against Raniere.

During the trial, there were several occasions when the defense objected to the way in which the prosecution was presenting its case to the jury.

Two “Motions For Mistrial” were filed by Raniere’s attorneys – and both were summarily denied.

Marc Agnifilo was cut off during his cross-examination of Lauren Salzman – the woman who many court observers have identified as the “key witness” in the trial (Even Raniere has told his fellow inmates that Lauren’s testimony was the primary reason he was found guilty).

*****
Finally, there is the matter of the standard trial procedures and rules.

The way it works is that the trial begins with the prosecution giving its “Opening Statement” to tell the jury what the case is all about.

Then the defense follows by telling the jury the defendant’s side of the story.

Next, the trial proceeds with the prosecution calling witnesses to testify – and the defense then cross-examining them.

Then, the prosecution rests – and the defense puts on its case.

Except that in this case, the defense chose not to put on any defense.

In part, this was due to the fact that its witnesses were not willing to risk getting indicted by coming to Brooklyn to testify – a decision that proved to be prescient since several of Raniere’s supporters who simply showed up at the trial were handed grand jury subpoenas.

And Raniere did not take the stand – which despite being told not to do so, most jurors view as a sign of guilt.

Since the defense chose not to put on a case, the prosecution proceeded to give its Closing Argument – and the defense did the same.

But then, the prosecution got to do a Rebuttal – a privilege that was not accorded to the defense.

Trust me… I am not at all bothered by Keith Raniere’s conviction – and I hope that his sentence will ensure that he dies in prison (I still hope to live long enough to piss on his grave).

But there are still a lot of aspects of our criminal justice system that bother me.