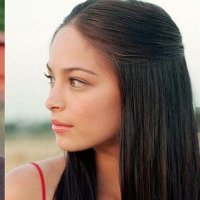 Editor’s Note:  There has been significant debate over when Kristin Kreuk left Nxivm.

When she did leave, she left quietly so there is no public record of it.  She made her first and I believe only public statement critical of Nxivm on Twitter, three days after the arrest of Keith Raniere in March 2018. Her Twitter statement suggests she left in 2012-2013.

There was, however, a Facebook post, written by a man who thanks Kreuk for encouraging him to take a Nxivm Intensive in 2015.

This guest view by one of out regular commenter, AnonyMaker, asks readers to examine the evidence before jumping to a conclusion that Kreuk was a member of Nxivm years later than she initially told the public.

Here are three reasons why people should not jump to the conclusion that Kristin Kreuk was a member of Nxivm beyond 2012-2013, when she admitted she left.

1: The references to Kristin Kreuk coaching at a Nxivm intensive in 2012/13 are relative, since the account was published in late 2017 and the author said it was “about 5 years ago.”

We don’t know exactly when after the 2012 revelations in the Albany Times Union [that Nxivm leader Keith Raniere was a pedophile], Kreuk said that she left.

2: Kreuk was tagged by a man who attended a Nxivm 5-Day Intensive for her “encouragement” in a Facebook post in May 2015. What that constituted, is not at all clear, and apparently no attempt has been made to confirm with the source, Mark Busse, what he actually meant. The history of similar cases of people trying to interpret such hints of information, is that they tend to read too much into them.

Frank Parlato, on the other hand, has sources that said Kruek left in 2013. His sources have a history of providing accurate insider information. These sources may even include someone like Sarah Edmondson herself, who just doesn’t want to go on the record.

3: There’s not a shred of corroborating evidence, like any actual reports of Kreuk being in attendance at a course or event, or on a list of coaches, after 2012 – and apparently, the effort to scour the bowels of the internet for clues about Kreuk turned up just that one inconclusive social media reference, [Busse] nothing more.

When there is one bit of anomalous data, it gets discarded, not turned into the centerpiece of a theory.

Ironically, this obsession with Kreuk is an example of just the sort of culty thinking that NXIVM and Raniere exploited. Given people prone to believing what they want to, without adequate proof, they can be lead to believe in a “mission,” a man who can supposedly walk in the rain without getting wet, an Illuminati conspiracy, or almost anything.

I’ll admit, the one social media tag does raise a question – though Frank did the right sort of thing, by checking with his insider sources, which virtually settles it. But the case for it supposedly being proof of something – that Kruek was still in Nxivm in 2015 – is being approached more as a matter of fervent belief than rational objectivity.