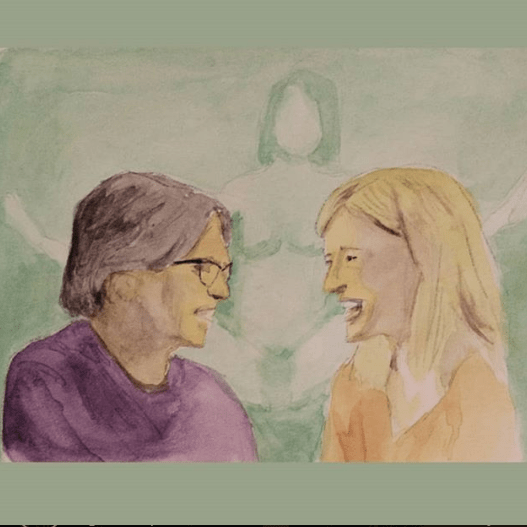 Judge Nicholas G. Garaufis has adjourned the sentencing of Allison Mack, Keith Alan Raniere and Lauren Salzman indefinitely. All three were scheduled to be sentenced in September.

Mack and Salzman were scheduled to be sentenced on September 11th and their master, Raniere, who is also known to followers as Vanguard, was scheduled for September 25th.

It is not known when they will be rescheduled.

Earlier this month, the judge postponed sentencing on the other three defendants in the Nxivm racketeering case: Nancy Salzman, Clare Bronfman, and Kathy Russell.

These three had been scheduled for sentencing in July.

Raniere, who will be 59, on August 26th, has been in federal custody since March 26, 2018 – one year and four months.  The delay in sentencing for Raniere is largely irrelevant since the time he spends in prison awaiting sentencing – along with the time he spent awaiting trial and during the trial – will be credited as time served.

His sentence will be a minimum of 15 years [for sex trafficking alone] and likely much longer.  Sentencing guidelines, as I calculate it, suggest 30-40 years.

All of the Nxivm convicts, except Raniere, took plea deals.

Raniere stood trial alone and a jury convicted him in less than five hours on seven felony counts on June 19th, a date that is now known as Vangone Day.

Mack is the former star of the television show Smallville. She quit acting to join Raniere’s inner circle, and rose to become one of his eight first-line DOS sex slaves. She was prominently mentioned in court as a vigorous and randy recruiter of women for her Vanguard to have sexual encounters with.

One of them, Nicole, the jury found, was the victim of sex trafficking by Raniere.  Mack arranged their lurid and frightening encounter where Nicole was taken blindfolded and tied to a table – where Raniere filmed her as Cami performed oral sex on her.

While it was happening, Nicole had no idea who was performing the oral sex on her. Raniere stood by watching, making comments and secretly filming her.

This was adjudged sex trafficking because Raniere [and Mack] held collateral on Nicole which, in effect, forced her into doing this unsavory and unwanted sex act.  Mack was not in attendance and was not convicted of sex trafficking.

Cami had been groomed by Raniere since she was 15 when he started having sex with her.  Raniere was convicted of sex trafficking, forced labor and wire fraud conspiracy, racketeering, and racketeering conspiracy charges. The racketeering charges included predicate acts of child pornography and sexual exploitation of a child, as well as identity theft and extortion.

The child exploitation and pornography acts are based on Raniere’s possession of nude photos of Cami, taken in 2005 when she was 15-years-old, that he kept on a hard drive in his library. She is now 29.

Lauren Salzman, another sexual partner and DOS first-line slave, was the only Nxivm convict to testify at Raniere’s trial.  In a dramatic moment, Lauren broke down on the witness stand under a withering cross-examination by Raniere’s attorney, Marc Agnifilo.  The judge actually ordered the cross-examination to end, giving Raniere’s defense team grounds for an appeal.

The judge said, outside the presence of the jury, that Lauren was a broken woman – and that he was worried she would have a nervous breakdown in his court.

A probation officer will interview Raniere and discuss, among other things, various claims he has made in the past, as well as in the present – during the interview –  to determine his veracity, his danger to society, his remorse, the possibility of recidivism were he ever allowed to be freed, and numerous other considerations.

While Raniere is a well-known liar and will almost certainly be found to be too dangerous to release, the reports for Mack, Salzman, Salzman, and Russell may come out favorably and indicate a downward departure on the normal sentencing guidelines.

Clare Bronfman, who has enough money, as she knows, to buy and sell any 10 probation officers they send to interview her, may not fare too well.

She is the only one of the Nxivm convicts who reportedly is still standing by her Vanguard.  It would not be surprising if the haughty Clare will show annoyance at a low-level probation officer prying into her privileged life.

She is currently under home arrest in her luxury Manhattan apartment. She has posted $100 million bail. She recently paid a $6 million fine [about 3 percent of her stated net worth] and previously struck a plea deal where she can appeal the judge’s sentence if he sentences her to more than 27 months.

Nancy Salzman, who was the first to get on the plea deal bus, faces 2-4 years based on my calculation of the sentencing guidelines.  Mack and Lauren face 3-5 years. Kathy faces 6-18 months.

Bronfman – the true second in command, the financial enabler of the criminal enterprise, and next to Raniere, the most serious criminal – faces light sentencing guidelines of 21-24 months.

The judge has wide latitude to impose sentences greater or lesser than the sentencing guidelines indicate. The pre-sentencing reports will go a long way in helping guide the judge.

Letters from victims and other interested parties in favor or against the convicts may also have an impact. [Send these to Judge Garaufis, United States Courthouse Room 1426 S , 225 Cadman Plaza East Brooklyn, NY 11201]

In the end, the judge sat and listened to seven weeks of victims and experts testify in the trial against Raniere. All the Nxivm convicts’ names cropped up during the trial, some more than others.

I think the judge has formed a definite impression of Raniere and perhaps some of the other convicts.

It will be interesting to see if he grants leniency to the women convicts of Nxivm.

He will not likely grant leniency to Raniere.

I would expect sentencing to take place before the end of the year.

And as I said, no rush for Raniere. He will likely be spending the rest of his days in prison. All that remains is for the judge to make that official.

Part 2: Moira Penza on Raniere: ‘He Was a Conman, a Predator, a Crime Boss’.
Jeffrey Epstein: Also Not the ‘World’s Smartest Man’
Comment