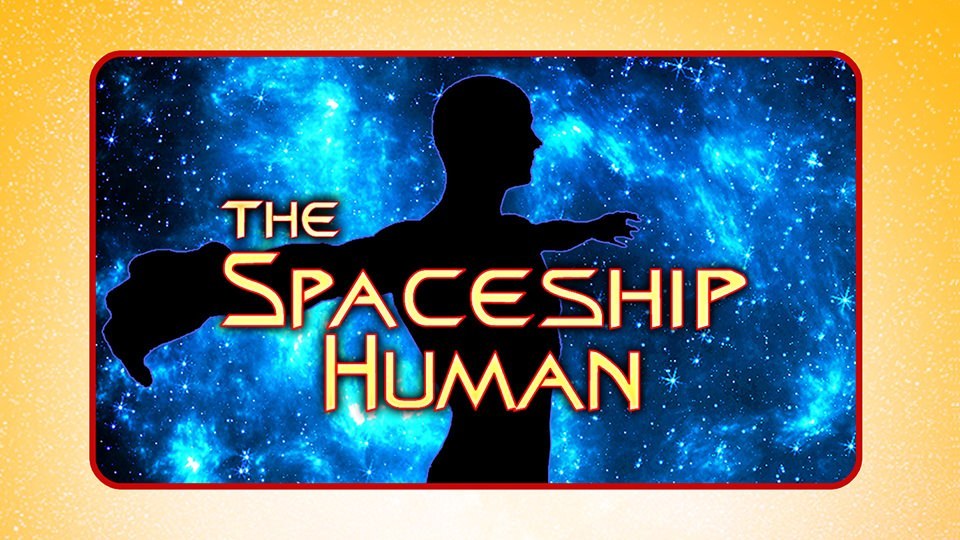 Editor’s Note: A Washington woman named J.Z. Knight [AKA Judith Zebra Knight, AKA Judith Darlene Hampton] claims she channels a ghost named Ramtha, who claims “he” lived 35,000 years ago on the lost continent of Atlantis, and, with an army, conquered the world.

Knight has a large following who believe fervently and that the ghost, Ramtha, is an enlightened being.

When Knight “channels” Ramtha, the ghostly presence seems to take over her body, speaking with her tongue, but with a peculiar accent, that seems to be a cross between Jewish and Olde English.  Ramtha then tells followers, who form the membership of the Ramtha School of Enlightenment, what to do.

Oftentimes Ramtha, appearing through Knight, conducts extended wine ceremonies where Ramtha uses Knight’s body to consume a fair quantity of wine and her followers follow suit and imbibe themselves. Reports have been made of wide scale inebriation and sexual excesses. [Not to mention public urination and vomiting.]

It has been reported that Knight’s followers are expectant that Ramtha, as he promised, will, when the time is right, take them in a special spaceship [which no one yet has reportedly seen] to an extra-terrestrial and permanently blissful new life.  Actresses Roseanne Barr, Linda Evans and Shirley Maclaine seem to believe in Ramtha and lend their support to Knight.

Knight is now in her 70’s. She has been channeling [or, as some say, acting] as Ramtha at least since the 1980s when she appeared on the Merv Girffin show.

During that appearance, Knight came on stage as herself then before the audience channeled herself into Ramtha and concluded her appearance as Ramtha even finding her way off stage as the enlightened ghost.

Some of our readers, such as Shivani, apparently think J.Z Knight is a preposterous fraud, not worthy of serious consideration. Frank Report, however, is still investigating the possibilities. Among them are:

1. Ramtha is truly entering Knight’s body to speak with believers.

2. Another ghost, pretending to be Ramtha, is entering Knight’s body to deceive her followers.

Below is what Shivani wrote recently about Knight’s [or Ramtha’s] claim of taking followers on a spaceship to a better world.

Before liftoff, it’s crucial to know that there will be a hot tub on the JZ/Ramtha rocket.

We have learned at least that much from Keith Raniere, the smartest convicted man in MDC.  As stipulated beforehand, the rocket must also have a beauty salon, as well as an Indian chef.

Now Ramtha, as you see to these details, your new name shall be Justin Case. So get crackin’.

Everyone should arrive in Ramadamadingdong well-rested and pampered. Also those had better not be cases of Merlot being loaded aboard, Ramtha. There shall be no Merlot on the goddamn rocket! Boone Country Farm marinated in peyote mescal or the trip is off.

Be sure, Ramtha, that you have stocked enough bacon, peanut butter and bananas, along with Wonder Bread and mayonnaise. You said yourself that will guarantee the resurrection of J.Z. Knight as Elvis Presley. Our mission will die without this transformation. Ever since J.Z. went through menopause, all bets are off. This is life or death here.

Once J.Z. has completely manifested as Elvis, no one will need to feel any embarrassment anymore when he/she sits around helping us with her legs spread, spitting, puking and cursing our way to enlightenment. She can be a manly man. As Elvis and only Elvis. Hallelujah.

Thank you Ramtha of Ramadamadingdong. That will be all. For now. Remember, I am. Your Grand Master. 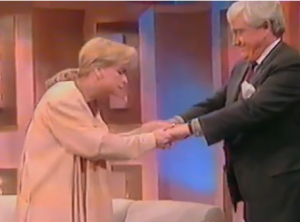 [Thanks to Mary for sending this exchange from Knight’s 1985 appearance on the Merv Griffin show.]

J.Z Knight [as Ramtha]: You have lived seven and a half million years in search of paradise. It has always been within you. Never outside of you.

Merv Griffin: The kingdom of heaven is within each one of us

Merv Griffin: A lot of us have a difficult time finding that.

Ramtha: Because you are looking for others for reassurance that it is there—someone to tell you that it is there. It is not that someone should tell you, it is something that emanates from you.