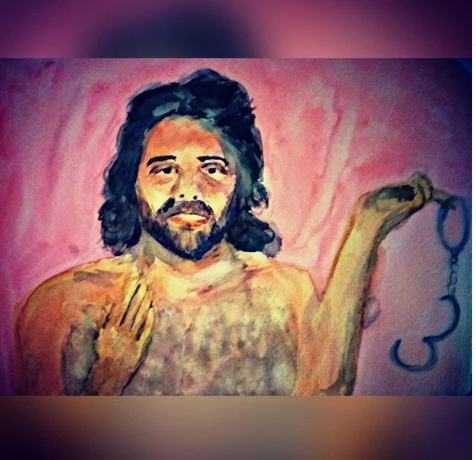 Keith Alan Raniere had a kinky side that led him to cross-dress, and wear makeup and lipstick, new evidence shows.

The man known as Vanguard was shown, at his trial for sex trafficking, racketeering and other felony counts, to have lusted after multiple women, always requiring them to please him, while the reverse was rarely of any concern to him.

He was shown to have an illegal perversion that led him to statutory rape of underage girls – as evidenced by his rape of 15-year-old Cami, 14-year-old Gina, and 12-year-old Rhiannon.

Keith was rumored to have gone out to sex clubs under the assumed name of Queef. He reportedly would visit clubs in the company of a tall, blond-haired man that some said was his gay lover.

It was rumored, Keith [as Queef] would stray from his normal, vegetarian diet and eat meat and portray himself as a lisping gay man or sometimes assume the role of a woman.

It was also said he led this double life – as an escape from the pressure of being the Vanguard for the large group of adoring followers who he was responsible for shepherding to unification through the Nxivm striped path.  In his secret world, he became Queef, the sexy, carefree, beautiful lady of his fantasy world.

Although these rumors persisted for years, there was never any proof.

Sure, multiple people said they met this funny looking woman, a little flat-chested, who spoke with a soft, feminine voice, seemed a bit cross-eyed, who told anyone who would listen that she was the smartest women in the world and one of its top three problem solvers.

She reportedly said her name was Keisy Alayne, but her nickname was Queef. She was described as short and though she wore heels, had somewhat square feet. She lusted after men and would hop right on their laps when they were barely expecting it. She had a distinct body odor, as if she had not showered in a week. She was said to have luxurious hair but more than a little facial hair. She said she would not date a man who ate garlic.

Who was this woman? I long suspected it was Keith himself, but proof was hard to come by.

Finally, I obtained this copyright picture taken in December. 1992 of Keith Alan Raniere. Is this then Keisy Alayne Queef? 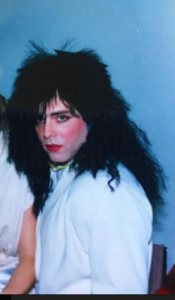 This is not a photo-shopped picture but a genuine, copyrighted picture of Keith Alan Raniere dressed as a woman, with makeup, lipstick and a wig.

It is not definite proof that he is the notorious Queef, but it does suggest there is a hidden side to the perversions of Keith Alan. It is unclear how this other side of Raniere’s libido will serve him in prison.

Kristin Kreuk: Celebrity and Association With Allison Mack Draws Ire of Jealous or Rejected People
Part 2: Moira Penza on Raniere: ‘He Was a Conman, a Predator, a Crime Boss’.
Comment