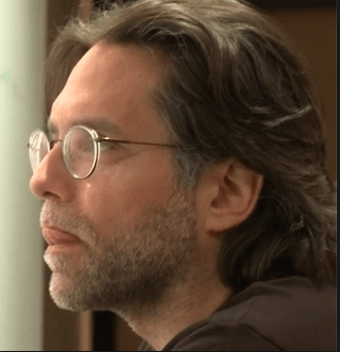 Two sources with knowledge from both sides of the trial – the prosecution and the defense – told Frank Report that Keith Alan Raniere made multiple attempts at getting a plea bargain prior to trial.

The best he could get was life in prison.

No deal. No incentive not to go to trial. None whatsoever.

The prosecution – headed by U.S. Attorney Richard Donoghue – and represented in court by Assistant US Attorneys Moira Kim Penza, Tanya Hajjar and Mark Lesko – wanted to go to trial and would make no concession – other than sparing him the actual embarrassment of trial where all his ridiculous and dirty secrets were aired to the horror, the disgust and, at times, the laughter of the jury, and the world.

It was, the prosecution evidently felt, important to get facts on the record for victims to find relief and the public to realize the enormity of the monster.  They felt the case had possibilities of being a “vanguard” so to say for future cases of similar sex trafficking, racketeering, forced labor – for others, for animals similar to our own Vanguard.

It surprised some that Raniere put on no defense whatsoever. He had problems finding witnesses.

The defense prepped James Del Negro to testify in his lordly master’s defense, but they were convinced the addlebrained leader of the Society of Protectors and longtime Nxivm proctor would more than likely wind up implicating Raniere in new crimes once he was subjected to cross-examination.

Sahajo Haertel and the Elliot brothers volunteered to testify for their worshipful master, but they had no evidence to offer other than that Sahajo eagerly lay down on the branding table – even if she did remain in the country illegally by virtue of a sham marriage.

Indeed it was fascinating when Sahajo came to court to stand behind her Vanguard, the prosecution reportedly issued her a subpoena. It is not clear whether they had planned for her to testify.

She was not called.

The Elliot brothers – who may be risking indictment themselves for their curious financial schemes in support of the glorious one – did not, it was believed, offer anything for the defense other than that brother Marc claims to have been cured of Tourette’s Syndrome by following the Nxivm technology.

This was not felt to be sufficient as a defense for sex trafficking, forced labor and racketeering – crimes which were otherwise proved in abundance during the case notwithstanding Marc’s remarkable cure.

Hector – the father of Cami, Dani, and Mariana  – wanted to testify on behalf of the lustful one who impregnated all three of his daughters, raped the youngest, and imprisoned the middle one.

He wanted to proclaim that he knew his Vanguard did what was right for his daughters. His only problem was that he is a co-conspirator in the case – having aided and abetted Dani’s imprisonment and Raniere’s document servitude of his daughter.

He would have been charged, so papa wisely chose not to testify.

Sister Mariana – whose Facebook account was hacked by Raniere and who later had his child, the baby Kemar – also wanted to testify but she had committed immigration crimes and wisely chose to remain in Mexico.

As to Raniere testifying in his own defense, his attorney Marc Agnifilo advised against it and Raniere went along – likely knowing he was going to be convicted on all counts anyway.

Rather than risk pitting his super-powerful brain against such women as Moira Kim Penza and Tanya Hajjar – who in a bygone day would have been his idea of superb candidates for his sex slaver cult – he chose to remain, throughout the seven weeks of trial, completely quiet, as he listened to witness after witness describe him as a brute, a bully, a monster, a perv, a subhuman man concerned only with himself and his own sensual pleasures.

In the end, the Vanguard dared not speak up.

Observers thought that if he did take the stand, he would be cross-examined for days and wind up being implicated in a phalanx of new crimes.

If there was any chance of anything less than life in prison, it would be to get the fool to shut up and remain silent.  He did.

It did not help him, however. The jury took less than four hours to convict him on all counts.

The world’s smartest man faces a minimum of 15 years in prison for one count alone  – the sex trafficking of Nicole. He also will be sentenced to charges of forced labor, racketeering, conspiracy, extortion, and other crimes.

It seems inconceivable that Judge Nicholas Garaufis will sentence him to anything less than 20 years. Twenty-five years seems more likely than 20 – and based on sentencing guidelines, I believe Raniere gets 40 – which, given his age, is life in prison.

I cannot imagine that the judge will be swayed by sympathy for the Vanguard – and public outrage would be great if he gave a too lenient sentence to a man who wreaked such havoc on so many lives.

He was ready to consider 25 and had his lawyers feel out his chances.

The DOJ scoffed at it.

Now it is likely life. But it was his life and he lived it. He romped around Clifton Park with a bevy of befuddled women, swindled millions out of some of them, and lied to and cheated everyone.

That was his life. While he lived it, he lived better than maybe anyone since the Caesars. He had slaves at his beck and call, women vying not only to have sex with him – but a selfish kind of sex where he need not please a woman but only that she get the privilege of having his sperm sprayed on her, or ejaculating in her mouth.

Even more – he had women vying to run errands, take out his garbage, and pick up his pizza with hot sauce while they starved themselves. And do his laundry. Buy his clothes [which magically appear.]

What billionaire this side of Jeffrey Epstein had more slaves at his disposal?

And what fool ever blew it better?

Will Allison Mack Draw More Jail Time Than Lauren Salzman?
Acosta Had the Guts to Hold Epstein to Account in 2008
Comment