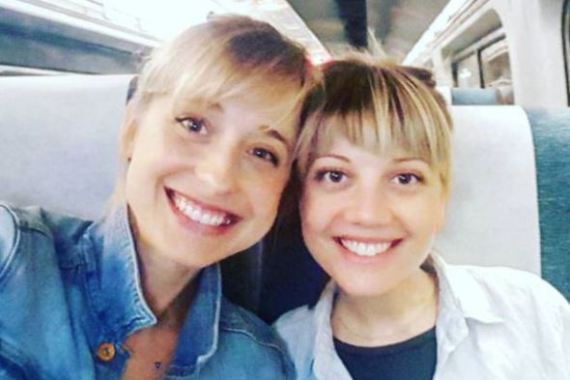 Guest View by A Serious Skeptic

Nancy Grace, the famous TV journalist and former prosecutor, told Radar Online that Allison Mack should do the same amount of prison time as Keith Raniere.

But Heidi’s dribble is full of nonsensical statements which seems to be a pattern when it comes to Heidi rhapsodizing about her dream version of Allison Mack.

Allison obviously isn’t defenseless and doesn’t need to hire a publicist (assuming she could even afford one at this point) when she has Heidi Hutchinson and Frank Parlato constantly popping up to defend and excuse her behavior.

Luckily for Allison, she was born white, blonde, and heterosexual (faux, scam marriage to Nicki Clyne aside) or it’s doubtful, giving their posting history, that either Frank or Heidi would be taking the time to champion the poor straight white girl.

And speaking of Nicki Clyne, where is she and why isn’t she standing by her spouse in her greatest moment of need?

Why hasn’t Nicki stepped forward to publicly defend the honor of the woefully misconstrued, in Heidi’s mind, defenseless Allison Mack?

Mack reportedly worshiped Barbara Bouchey and couldn’t stop talking about her for three years and entrusted her with all her money.

Barbara ‘I’m ready for my close-up’ Bouchey will readily talk up Raniere, but when it comes to Mack?

Have any come forward to defend her? Perhaps if the only people willing to defend Allison are ones who’ve never met her or only interacted with her briefly, that should tell you something about what kind of person she allowed herself to be.