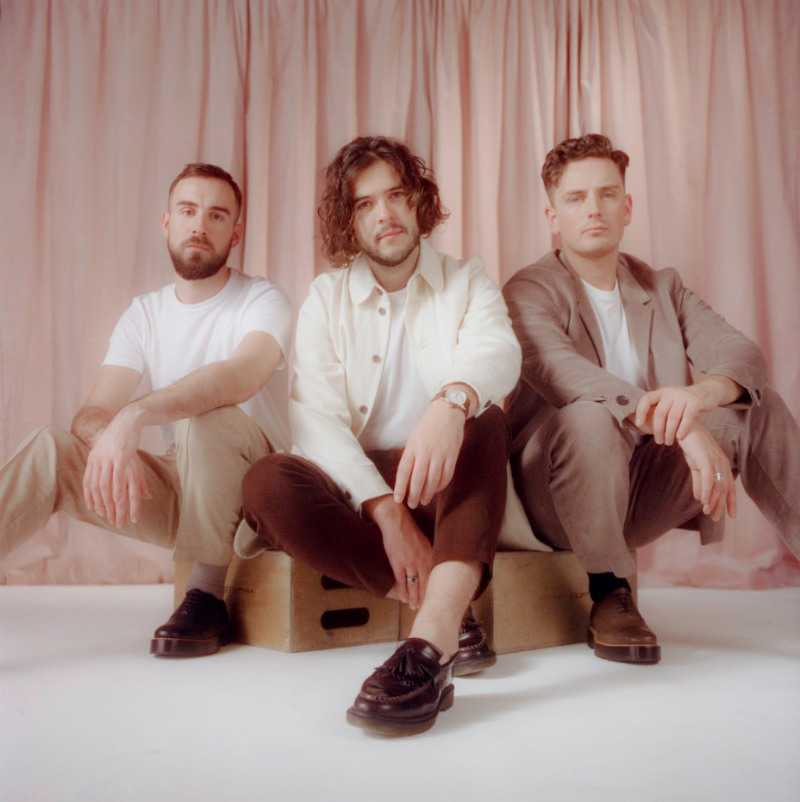 Amber Run have released “Neon Circus,” the band’s third single from Philophobia(out September 27). The three-and-half-minute cautionary tale balances carefully controlled chaos with a beautifully-crafted wall of sound structure. The song is a call to action to live within the moments that help create human interaction and shelve the distractions we all embrace that can block our accessibility to it.
Frontman Joe Keough candidly addresses how this is “a song about getting the fuck off your phone. Nothing meaningful happens with your head tilted downwards towards your black mirror.”
Throughout the album’s 11-song, soul-searching exploration of “the fear of falling in love” Amber Run uses Philophobia to highlight that whether it be platonic, romantic, unrequited, unconditional or ugly, every person will experience some degree of love within their lifetime – The album, includes “Neon Circus,” “Affection” and the late-2018 release, “Carousel.”
It is that visceral yet philosophical exploration of songwriting that has allowed Amber Run to cultivate a steadfast fanbase, who have propelled the band to selling nearly 30,000 headlining tickets throughout the US and UK and to secure Gold Certification by the RIAA for their single “I Found.” The band boasts over 250 million global streams since their formation in 2012.Those fans will be rewarded with their longest North America tour to date when Amber Run returns in October 2019 for a 16-city run with back-to-back shows in San Francisco and Los Angeles — their first California appearances.