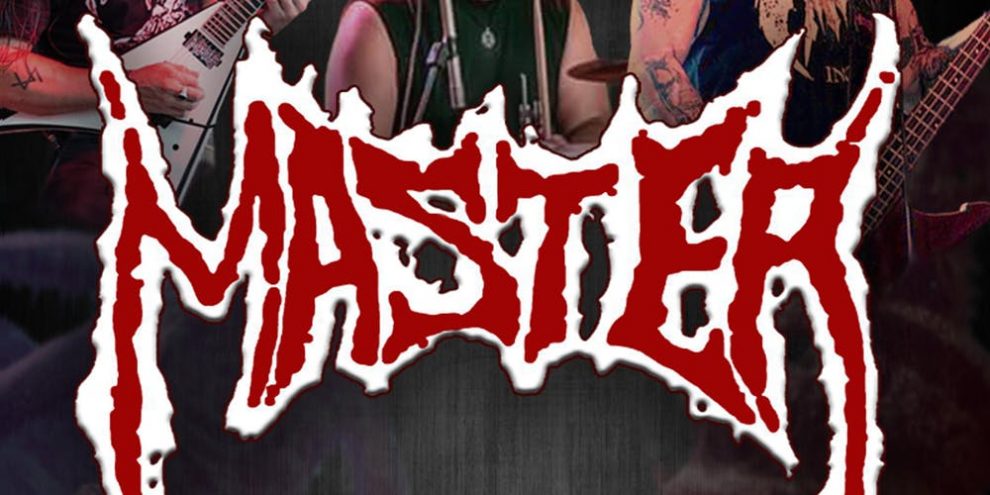 Many people do not fully know the history of Master (formed in 1983). Paul Speckmann started out as bass player in doom gods War Cry, where he met up with drummer Bill Schmidt who was drafted in to replace previous War Cry drummer, Joe Laccino.

Together, Speckmann and Schmidt decided to form a more aggressive metal band based around Motorhead, Venom, Slayer (US) and the whole emerging extreme metal movement. Eventually, Schmidt and Speckmann left War Cry, who (after their departure) went from being a super -heavy metal act, to a crappy commercial one.

Schmidt had begun writing songs in the thrash vein as early as mid-83, and Speckmann followed suit. They named their band Master, and auditioned 26 guitarists, none of whom were suited to Master. This caused Schmidt to leave Master and join local metal act Mayhem (US).

Speckmann decided to start his own band, Death Strike, using songs originally written for Master. He was joined by guitarist Chris Mittlebrun (who had auditioned for Master a year earlier, but was still stuck in the Judas Priest mode) and together they wrote more Death Strike songs. Second guitarist, 16 year old Kirk Miller was brought in, along with drummer John Leprich.

After Death Strike’s “F*ckin’ Death” demo devastated the underground with it’s savage power, Bill Schmidt, former Master drummer, begged Speckmann to join the band. As Death Strike drummer John Leprich could barely get the beats down for “Pay To Die”, and was a drunk (according to Speckmann) Speckmann let Schmidt re-join. After kicking out 16 year old guitarist Kirk Miller (who was really just a session musician for Death Strike), the band was re-named Master. Guitarist Chris Mittlebrun was kept in the band, as Schimdt was highly impressed with his songwriting skills.

Anyway, Speckmann’s father had recently passed away and left an inheritance to him, so Speckmann invested the money in paying for these studio recordings, with a promise from Schmidt to sign the first decent deal they received. Master headed into Seagrape Studios, where they recorded these seven tracks. Somehow, rough mixes of the tracks got out, and were traded around the underground (apparently by Shaun Glass (ex-Sindrome, Terminal Death). Master became a HUGE name in the underground, revered by many as the unchallenged ultimate in heaviness and power.

Since then they have released over 15 albums through over 10 labels, and continue to tour to this day. Bringing American Death Metal throughout the world.