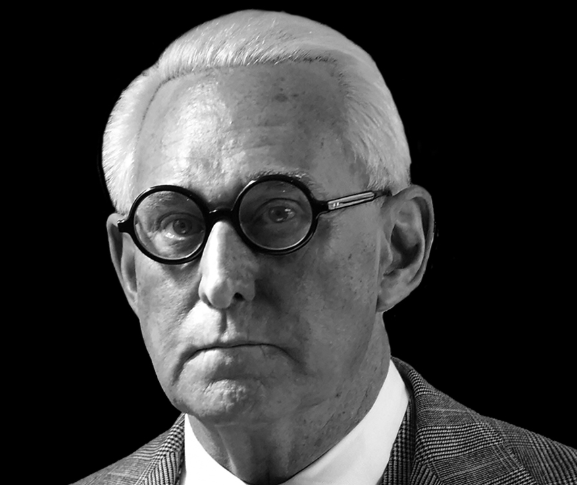 Roger Stone is a friend of mine and he has been in my opinion unfairly targeted by the federal government and Robert Mueller’s team.

In the predawn hours of January 25, 2019, longtime Trump advisor Roger Stone’s home was raided by 29 FBI agents and he was arrested, taken into custody and was charged with lying to Congress and two related charges.

Roger Stone, who remains a strong defender of the president, has pled not guilty and has vowed to fight to clear his name.

Two years of fake news falsely predicting Stone would be charged with Russian Collusion or Treason virtually destroyed his ability to make a living. The Stones were forced out of their home, used up all of their savings, lost most of their insurance, yet Stone refused to bow to this pressure and will fight at trial in Washington, DC this November for vindication.

Stone’s legal defense is projected to cost as much as $2 million. He needs your help. Please contribute to the Stone Legal Defense fund today. 100% of contributions are used to defray Roger Stone’s legal expenses and raise more money for his defense.

Or, Donate By Check

If you would rather not use a credit card, don’t worry, you can donate by check.

DROP US A NOTE.DONATION TROUBLE?

A veteran of ten national presidential campaigns, he served as a senior campaign aide to four Republican presidents including Nixon, Reagan and Donald J. Trump.

Stone served as Chairman of Donald Trump’s Presidential Exploratory Committee in 2000 and Strategic Consultant in 2012.

An outspoken libertarian, he is the author of the New York Times bestseller “The Man Who Killed Kennedy: The Case Against LBJ”, the Clinton’s War on Women, The Bush Crime Family, and the Making of the President 2016- How Donald Trump Orchestrated a Revolution.

A well-known voice in politics for over 40 years, Roger Stone often gives insights on behind-the-scenes political agendas at StoneColdTruth.com and StoneZone.com,

FRIENDS, I NEED YOUR HELP.

“Mrs. Stone and I want to thank so many of you for your thoughts and prayers. it is a very challenging and difficult time for us. I need your help to clear my name.”- Roger Stone.

Did Keith Raniere Save Toni Natalie?
What Does Chris Laue Have to Do With Keith Raniere, Alexandra Gonzalez-Anaya and Anima??