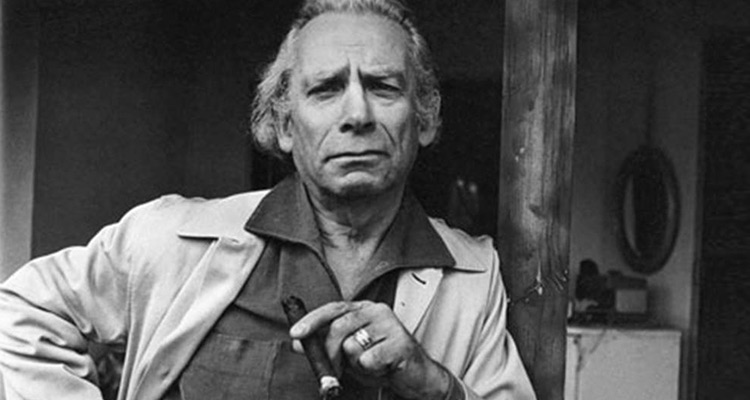 Legendary filmmaker’s wife, daughter and stars from his films to attend

The Niagara Falls International Film Festival (NFIFF), which opens next week on Wednesday, September 13, will introduce a new award this year, the Icon of Industry Award. The honor will be part of a festival-long salute to the career of Hollywood maverick, Samuel Fuller. The presentation of the award, as well as a star on the Niagara Falls Walk of Fame will be made to Christa and Samantha Fuller, the filmmaker’s wife and daughter.

NFIFF will screen Samantha Fuller’s documentary about her father, A FULLER LIFE (2013), as well as presenting a number of Fuller’s films. Among the classics, include; CHINA GATE (1957); HELL AND HIGH WATER (1954); THE NAKED KISS (1964); POWER OF THE PRESS (story by Fuller) (1943); SHOCK CORRIDOR (1963); THE STEEL HELMET (1951); and THE BIG RED ONE (1980) which screens as part of the Niagara Falls International Film Festival’s Closing Night Gala. Filmmaker and film historian Michael Schlesinger will also be on hand to add to the backstories and history of the films.

The Criterion Collection described Samuel Fuller as an “singularly audacious B-movie visionary (who) made purposefully crude, elegantly stripped-down films that laid bare the dark side of American culture”. Fuller will be the first person to be honored with NFIFF’s Icon of the Industry Award, which is dedicated to honoring those who are no longer with us but whose body of work have made lasting impressions in the industry and who have influenced countless generations of filmmakers. In addition to presenting a retrospective of their work/films, each honoree will have a donation made in their honor to the Motion Picture & Television Country House and Hospital.

Niagara Falls International Film Festival’s Founder and President Bill Cowell said, “It’s always thrilling to both grow the film festival with more screenings and more filmmaker appearances for the local film fans to enjoy. But combining a salute to one of the greats of cinema like Samuel Fuller including his wife and daughter and some of the wonderful stars he worked with, along with the best in independent film is going to add up to an incredible week for the city and the people here that truly love movies.”

Those stars will include Robert Carradine, Perry Lang, Kelly Ward, and Bobby Di Ciccio, all of whom appeared in THE BIG RED ONE. The film starred Lee Marvin as a hardened sergeant with the four core members of his infantry unit, who try to survive World War II as they move from battle to battle throughout Europe. The film screens Saturday, September 21 at 4:45PM at Regal Cinemas Hollywood 12 (720 Builders Way, Niagara Falls, NY 14304). Passes and tickets to the Niagara Falls International Film Festival can be found at http://nfiff.com.