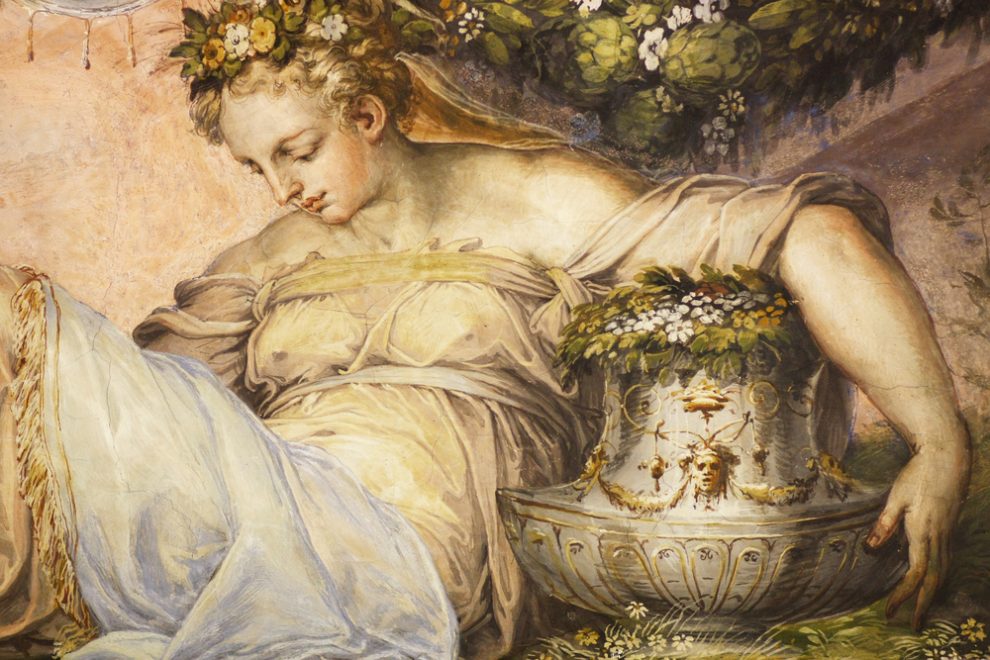 The Visuals of Gender Through the Ages

For many hundreds of years, the visual arts have been mainly dominated by male artists and male benefactors who commissioned now-famous works.

As such, countless works of art created in the last 2,000 years served as evidence and demonstration of a worldwide patriarchal societal rule, whether intentionally or not.

The result is a vast collection of work that often presents a very specific view of women, the female form, and femininity in a more abstract sense, all from an exclusively male perspective.

These more traditional symbols of femininity in art, which include both literal and metaphorical representations of women, are not without value, but they do exclude a female artistic perspective of female subjects.

Sculpture and installation artist Sera Boeno has used her work to explore this very subject. During my talk with Boeno, she described the importance of offering work to the public that depicts aspects of the female experience, created by women themselves:

“A subject will be most accurately, sincerely, and sensitively displayed or represented by that subject. Representations by ay outsider will bring with it the interpretations, biases, and imagination of that outsider. Even for women making art around the female form, there is always a risk of essentialization. There are so many ways in which womanhood can intersect with other identities.”

It’s an idea that invokes the old art-school saying, “Make work about what you know.” It may seem obvious that an artist is most qualified to express something about their own life experience, but throughout the course of art history, many famous artists spent their careers reaching far beyond their purview, especially when it came to the female experience.

Below you’ll find a brief examination of how artists of the past obscured genuine female traits and experiences in favor of idealization and simplification. We’ll also take a look at how artists like Boeno are trying to correct course with female-centric pieces of their own.

Oppression of the Past and Present

Let’s start by simply taking a look at specific symbols and visual representations of women in art used over the last 800 years.

Boeno is an enthusiastic student of art history and very easily pointed out the most common earmarks of male depictions of the female in their work:

“In Western Classical art, the most common object that has been used to represent femininity is the woman’s body, in whole or in parts. This objectification in itself is oppressive for many reasons, from the normalization of voyeurism and absence of female agency to the reduction of women to the fantasy of the virgin or the mother.”

If you’re in need of examples, take a look at any piece of Renaissance art, or even the (relatively) contemporary paintings of Henri de Toulouse-Lautrec or the photographs of Salvador Dali, most of which seem more concerned with showing the artist as having dominance over women rather than showing respect for the female subjects involved.

In religious visual arts, these idealized female bodies are often accompanied by symbols of purity and innocence, such as lambs, doves, and flowers.

For many, this inherently skewed view of the female was highly influential in their own understanding of women and their role in society.

The effect was that what many women thought of themselves was dictated by male artists and the men who paid them to paint or sculpt.

From a contemporary feminist (or even humanist) perspective, this is extremely problematic.

No, classical works shouldn’t be destroyed or removed from museums, but spectators should be able to put these works in context.

The Old Speaking to the New

Thankfully, there are many ways that artists living today can recontextualize classical and ancient artwork.

One of these methods is to use intertextuality, which can help viewers re-examine their own views.

Intertextuality is a complex topic often used in the realm of academic and artistic study. A very simple explanation of the concept describes intertextuality as the ability of one artistic work to inform countless others.

Here’s a basic example: if you saw Stephen King’s ‘IT,’ at a young age, you probably felt differently about clowns after seeing the movie.

When it comes to the visual arts of antiquity, we all have our own associations with these images, our own responses.

Boeno is well aware of this fact, and she uses it to her advantage. In many different projects and performances, she has taken one or more images or forms that we strongly associate with ancient cultures and put them in a new context. 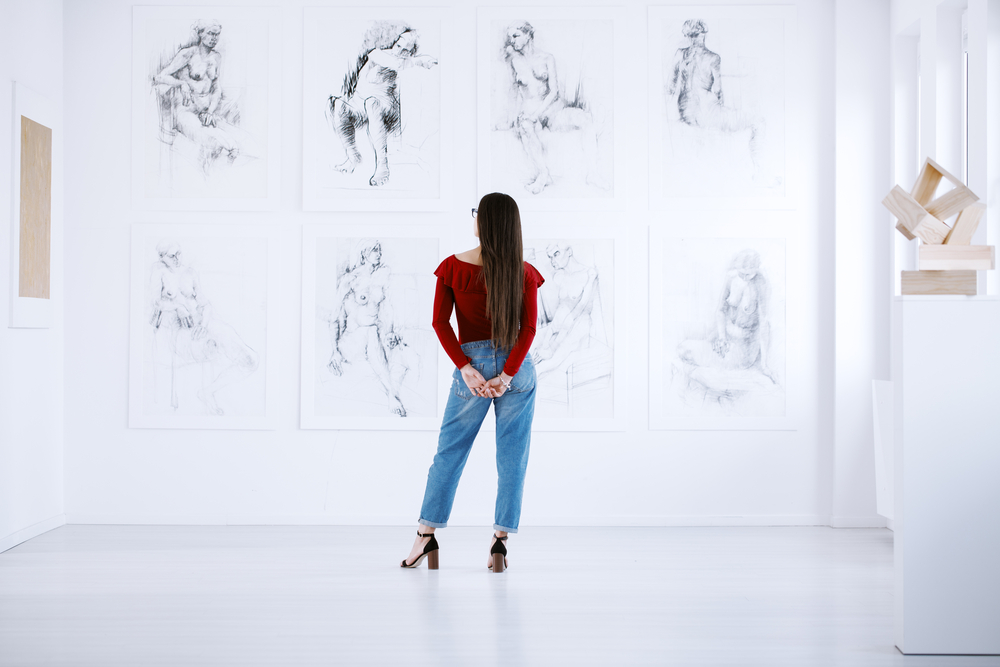 This contrast can encourage the audience to examine their own feelings about these images and how they portray women.

“In my ‘Untitled (Caryatid Performance)’, my six women performer-collaborators stood in poses inspired by Greek and Roman marble sculptures. Putting women on pedestals in poses or garments or structures that are not comfortable for them is not new, but these women held gaze when the audience moved in to view them. Needless to say, the piece got quite uncomfortable for the audience. They were confronted by their own subjugation of these performers.”

It was a way to integrate ancient symbols of femininity while simultaneously criticizing them.

The audience had to confront the issue, whether they liked it or not, offering an opportunity for change.

The evolution toward the creation of new visual symbols has involved taking a much more sober and honest look at what the female experience is today. This inevitably leads to specific subjects or experiences that may be uncomfortable to talk about or confront.

We call these subjects taboos, things that are a fact of life but just shouldn’t be brought up in polite conversation. In a society dominated by male thought and policy, many uniquely female experiences are considered taboo.

Boeno is determined to distill these so-called taboo experiences into memorable images. Then, hopefully, some of the stigma is removed from the subject.

“I’m very interested in making space for these narratives around women that have been silenced, which is why my work takes on concepts such as trauma, intimacy, and resistance.”

Female Inclusion, for the Right (and the Wrong) Reasons

Thankfully, many of the people in charge of museums and galleries around the world are well aware of the cultural need to display more work by female artists. But are they following through on this promise? Are they giving female artists the chance to establish their own symbols of femininity?

Many have, but it’s also possible for art institutions to do the right thing for the wrong reasons. Boeno has noticed that plenty of museums and galleries have been playing catch-up over the last few years, trying to include female artists for the sake of inclusion.

“I think there is more awareness around gender politics, and that positively affects the arts, too. At the same time, however, identity has become a commodity. In other words, women and their more intimate pieces are included in prominent art institutions as tokens, to create positive optics.”

These institutions are sometimes motivated by their desire to appear progressive and forward-thinking.

This isn’t necessarily negative, but it does further prove that this is a time of transition for American culture. 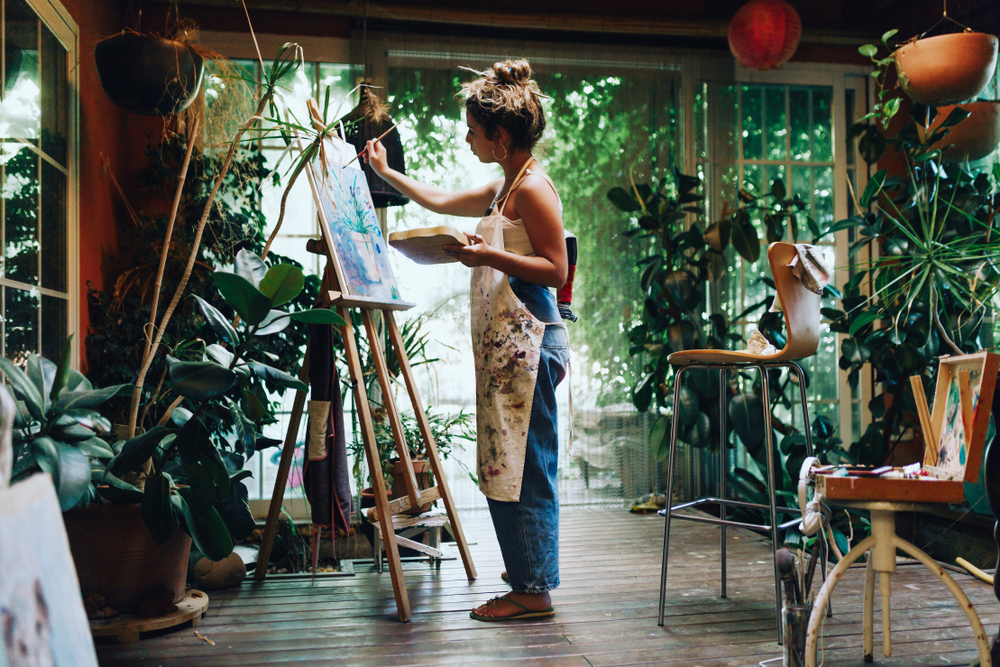 A significant portion of the American public has used the #metoo movement and broader diversity initiatives to push for respect and inclusion in many industries, especially entertainment and the visual arts.

At the same time, a very different group of Americans seems hesitant to accept change in any sphere of modern American life.

There’s a definite clash here. It doesn’t mean that change is impossible, just that change will be slow and hard-won.

Boeno admitted that her only option is to contribute to the cause any way she can:

“I don’t think mainstream audiences will be ready for change all of a sudden. We all have to take responsibility and be a part of the driving force for change.”

Visual Symbolism: The Canary in the Coal Mine

In closing, let’s take a moment to consider what visual symbols really say about a culture and a specific point in time.

To put it simply, they tell us what we, human beings, think of ourselves.

The Greeks and Romans were obsessed with the fantasy of humans as next to gods, placing the species, very literally, on a pedestal.

The Middle Ages saw humans as the meek servants of God, vulnerable to earthly vices and eternal punishment.

What do we think of ourselves at this exact moment in history? What do we want our symbols to be, and what will they say about us?

It seems clear to Boeno and many other artists like her that our symbols, especially our symbols of women, should be honest, intimate, and personal, referencing reality in place of fantasy.

As for our role, the role of the viewer, we can still enjoy art of any kind, regardless of the artist’s gender, but we should also consider having a more critical eye when engaging with it. Each work is making an argument, even if only a subconscious level.