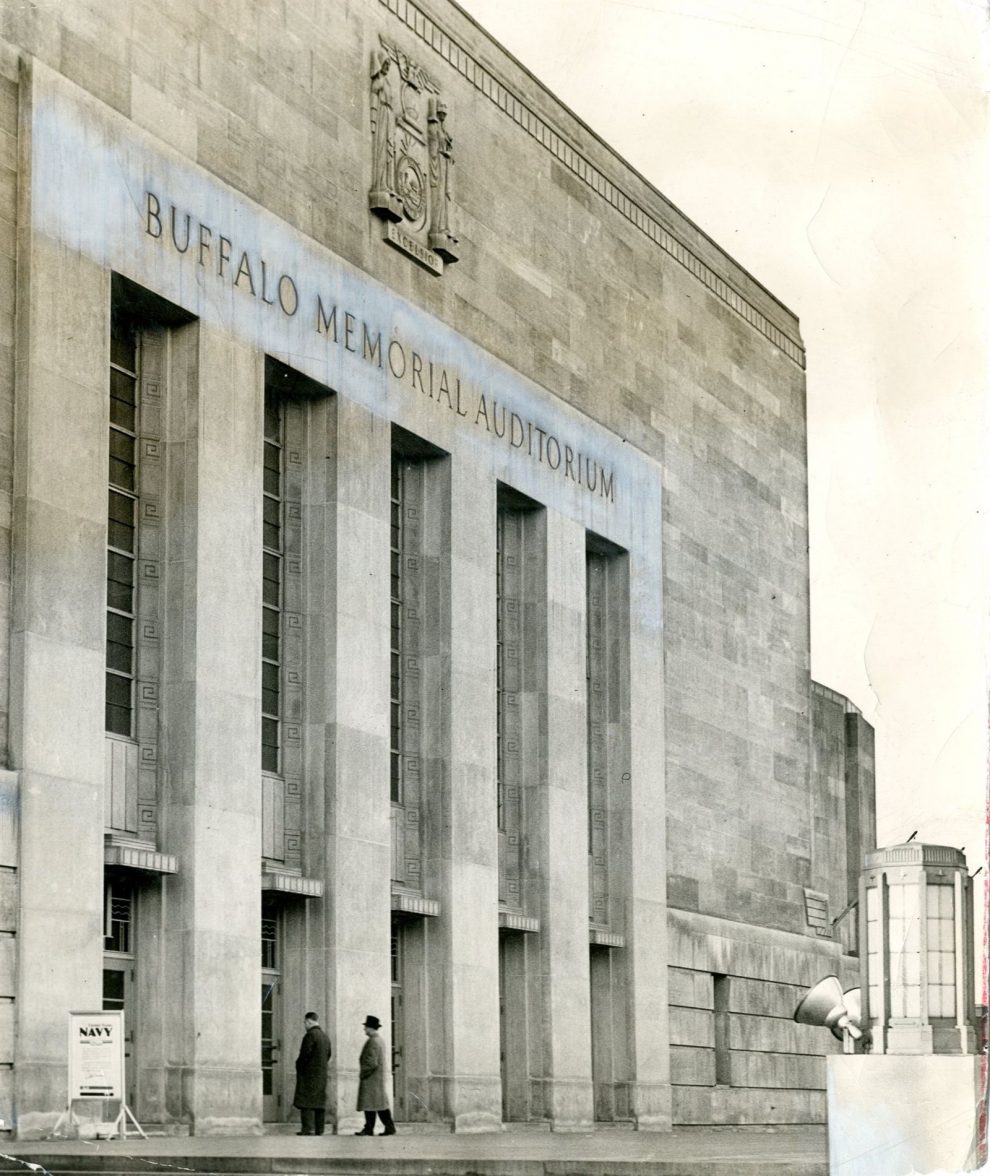 That was a pretty feel-good opening night down in Pittsburgh, wasn’t it?

For new head coach Ralph Krueger, it was a coaching moment almost seven years in the making. And it was his squad firing on all cylinders – making plays on offense, playing smart defense, some clutch goaltending by starter Carter Hutton, all resulting in a 3-1 win at PPG Paints Arena in Pittsburgh.

But this was not the first time the Buffalo Sabres opened the season with a win in Pittsburgh.

It happened once before. In 1970. The historic very first game that the Buffalo Sabres ever played.

On October 10, 1970, the Punch Imlach coached Buffalo Sabres headed down to “The Igloo”, as the Civic Arena in Pittsburgh was fondly nicknamed, to raise the curtain on a new era for Buffalo hockey.

The team was a ragtag collection of rejects, castoffs, over the hill veterans, and some rookie and a first overall draft choice named Gilbert Perreault. Anticipation was running high for the new team, but nobody really expected them to make any statement on the ice. Not this early at least.

And then the Sabres caught lightning in a bottle.

With the team getting outshot 25-14, goalie Roger Crozier was outstanding in between the pipes.

Jim Watson. That’s the defenseman who scored that first ever Sabres goal. But it was Gilbert Perreault getting the game winner late. Almost 1500 fans from Buffalo made the trek down to Pittsburgh, and by the end of the night it was chants of “Let’s Go Buffalo” wafting to the domed rafters of the Igloo.

“The players really wanted to get this one for (coach) Imlach,” said Watson to the media after the game. Sabres owner Seymour Knox III, who had labored and lobbied tirelessly for the past decade to get a team named “Buffalo” to this moment, was exultant in the locker room as he congratulated his players. “And on the road no less!” he exclaimed.

Five nights later, following a road loss in New York, it was time for the team’s home debut.

Buffalo fans hadn’t seen hockey at home since the previous spring, when the AHL Buffalo Bisons went out on a winning note, claiming its fifth Calder Cup title after a 4-0 sweep in the finals against the Springfield Indians. Goaltender Gilles Villemure won the league MVP award and coach Fred Shero was named coach of the year.

Those were heady times for Buffalo sports. Buffalo had been awarded not only a National Hockey League expansion franchise but also a National Basketball Association team, with the Buffalo Braves set to begin play just a short time after the Sabres dropped their first puck.

Many remembered Buffalo’s Memorial Auditorium for the gritty yet functional arena that it was. With a capacity of 10,366 for hockey, the rinkside seats were colored brown, the scoreboard was a mish mosh of knobs and clocks, and the dressing rooms were situated on the sidelines behind the players benches.

But the Aud was about to become a sparkling, ready for the big leagues venue in a hurry.

Fans streaming into the arena that night walked through a beautifully renovated lobby outside Terrace Street, with new ticket offices and marquees, displays of all the teams that played at the Aud (Little Three college basketball was big back then), and a lounge and restaurant immediately to the left just past the ticket turnstiles.

Inside, the seating bowl was barely recognizable. The shabby brown seats down low had been replaced with new gold seats. A new four sided scoreboard graced the bowl’s centerpiece, and new sound baffles and lighting hung from the ceiling. Throughout the concourses, new concession stands and merchandise stations dotted the aisles where nothing had been there before.

More was coming. A massive engineering feat was in store for the venerable Memorial Auditorium was set to begin literally the day after the Sabres and NBA Braves were to conclude their inaugural seasons.

Patrons saw the renderings of the new lobbies, new grand entrance on the Main street side, and a mind boggling project which would literally raise the roof almost 100 feet, and then add a new 5000 seat capacity balcony to bring Buffalo to capacity standards required by both the NHL and NBA.

Mind you, outside things were still a mess. Lower Main Street was a mix of historic old buildings, many vacant, and many harkened back to the city’s former industrial era of greatness. Many of these structures would fall victim to the community’s zeal to demolish, all in the name of “urban renewal”.

There was no Canalside. There was no HarborCenter. There were no pubs, restaurants and shops. About the only place to find pregame or postgame libations was a former speakeasy named Dan Montgomery’s down on Exchange Street (also since closed and demolished, yay urban renewal). Tim Horton’s was just some donut shop with scattered locations across Ontario. Deco on Main and Swan was the place to grab a cup of coffee enroute to the Aud.

If you weren’t lucky enough to have a ticket to the game that night, your option was to listen to the game on radio, with voice of the Sabres Ted Darling providing the call. Televised games were a novelty back then, with Channel 7 airing a package of ten televised games that first season, all on the road. And yes, then Channel 7 sports director Rick Azar was one of the honorees on the ice participating in the ceremonial faceoff.

Buffalo lost that home opener 3-0 to the Montreal Canadiens.

1970… A season opening win against the Pittsburgh Penguins. A team playing on the ice with rock bottom expectations. A new coach for the team who is creating quite a buzz with the fans and the public. And a home hockey venue with anticipated plans for many more upgrades and renovations in the near future.

Welcome to 2019 and the Golden Anniversary Season. History has come full circle. Enjoy the season fans. As was the case in 1970… Better days are ahead.

Raniere Trying to Get Nxivm Back – Government Fights Back
What Criminal Charges Could Jussie Smollett & Kim Foxx Face From Special Prosecutor?