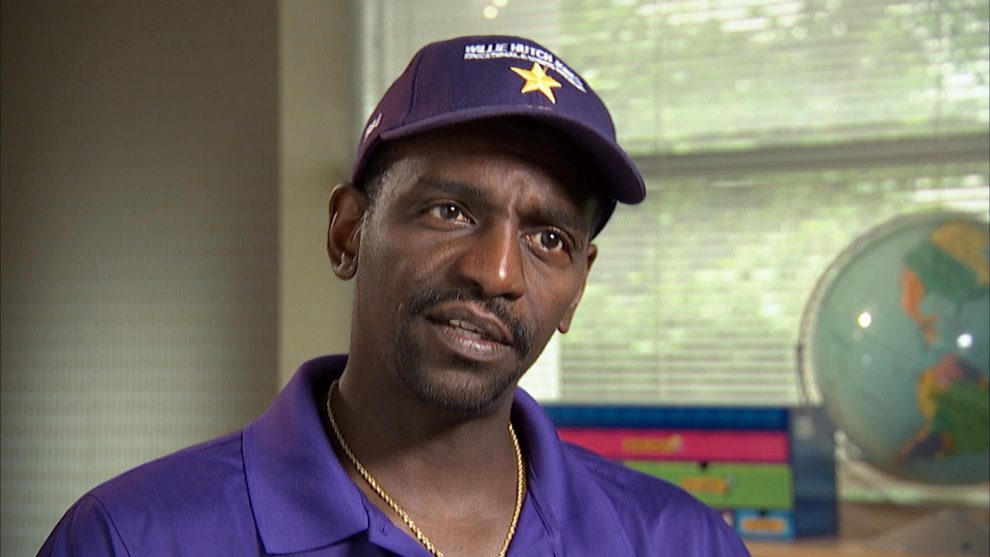 The basketball and community outreach career of Willie “Hutch” Jones is an interesting one to say the least. While playing for Bishop Turner High School in the mid-1970s, Willie was never selected to the all – Western New York first team and never imagined he would be a proud, inducted member of the Greater Buffalo Sports Hall of Fame someday (in 2018).
“It’s a powerful award and honor to me,” said Willie “Hutch” Jones. “There’s certain people that are not even alive anymore that are getting this award; wow, these guys are kind of like my heroes, and I’m still physically here.”
Looking back at the steps he took in his blessed life, Jones believes, it was after graduating from Bishop Turner High School, he continued his, then, modest hoops career at Buffalo State College, where he averaged 7.1 points and 6.9 rebounds, as a freshman. Jones then transferred to Vanderbilt University, where his basketball legend began to grow and so did his physical size at 6’8″ and 190 lbs. as a college sophomore.
While at Vanderbilt, competing in the ultra-competitive Southeastern Conference, Jones became a star. In an 82 game career, he averaged in double figures producing 11.5 points per game while 5.5 caroms per contest.
As a senior, Jones earned the team’s respect and was selected captain. He responded by making 58.7% of his field goal attempts, while leading the Commodores in scoring at 15.8 points per game.
Jones also paced the team in rebounds with 6.4 per game.
Jones won Sports Illustrated Player of the Week and was named first-team all-Southeastern Conference honors for his efforts. 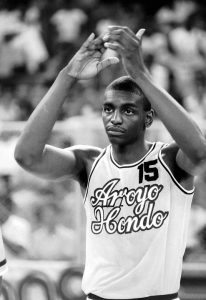 “As time progressed, I got better and better. I was determined and was kicking a little bit of butt during that time period,” recalled Jones. “I was fiercely determined and committed and did those extra, physical things to get stronger and more coordinated like lifting weights, running stairs, jump-roping, and quickening my lateral footwork. I did not stop working at it.”
Jones served notice to the NBA that final season when netted 37 points against Alabama – the 10th highest scoring game in Vanderbilt history – and 32 versus Florida. He currently ranks second in Commodore history in shooting percentage.
After receiving his degree in health and physical education, Jones was selected in the third round of the 1982 NBA draft by the Los Angeles Lakers. He would play for short stints for the Lakers and with the San Diego Clippers, formerly the Buffalo Braves, which was ironic, given the team’s history and connection to Buffalo in 1982 and 1983.
On November 24, 1982, he debuted in the NBA as a San Diego Clipper.
“At first, it was like living a dream because they were such well known stars, but I was trying to get a job so I quickly got over that,” said Jones.

During his time in the NBA, Jones met several famous stars, players like Kareem Abdul Jabbar, Larry Bird, and Earvin “Magic” Johnson. When I left the Lakers to get picked up by the Clippers, I felt saddened and realized that were truly the top athletes in the league,” recalled Jones.
Jones enjoyed a successful professional career in the CBA and in Europe before retiring from competitive basketball in 1989. His career only lasted a short two seasons and back in Buffalo, you can say Jones found a higher, more significant, calling.
Unknowingly, his life’s work was just beginning in his home town. Employed by the Buffalo Board of Education, Jones started the Willie “Hutch” Jones Educational and Sports Program in his hometown, Buffalo, where the “mission is to provide underserved children, at no charge, equal opportunities to engage in the highest quality programs and to offer character-building activities through academics, sports, and the arts.”
In 1984, Jones’ knack for inspiring kids led him to create the program. He thought children saw something in him: Something that they look up to for inspiration. He wanted to give back for free, and the program first started with basketball and has since programmatically mushroomed to now include a robust 10 sports.
To complement the growing sports program, he designed and implemented a richly-diverse, educational program for kids at different age levels, addressing the specific learning needs and talents of city youth. Instruction takes place in science, engineering and math, foreign language(s), character development, and social skills classes.
The Jones’ initiative has served more than 10,000 children in 35 years now. It features free after-school and summer programming and serves children from the ages of 5 to 16.
“A healthy body and a healthy mind are the keys to a successful life,” Jones emphatically reminds the kids everyday in program.
Jones’ son learned how to swim from the program. His daughter, 16, tells him she wants to the program’s CEO one day. He calls his support staff, “Team Hutch.”
The future is bright for the Willie “Hutch” Jones Educational and Sports Program, a welcomed sight to its founder who’s founder thankful he didn’t give it up 10 years ago.

“I’ve buffered it with family members around that are key and that also enjoy working and being part of it, and to be able to see that their father has a joy from it,” said Jones. ” I know, in my heart, that if my heart stops beating today, this program that’s been set up in Erie County will continue just through other people, providing similar things for young people.”
Optimistically pointing to the future, Jones projected this: “I don’t really see any stopping.”
For all of his caring efforts and community outreach, Jones received the Father Baker Award in 2006 and he has been awarded the “Keys to the City” by Buffalo Mayor Byron Brown. In addition, he has awarded the Black Achievers in Industry Award, Westside Rowing Club Community Services Award, Buffalo Master Outstanding Contributor Award, the National Federation for Just Communities of Western New York and has inducted into the Buffalo Inner City Athletic Education Association Hall of Fame.
(Below: Sports Magazine Interview with Willie “Hutch” Jones and attorney/artist Leroi Johnson discussing their Sports and Education program)