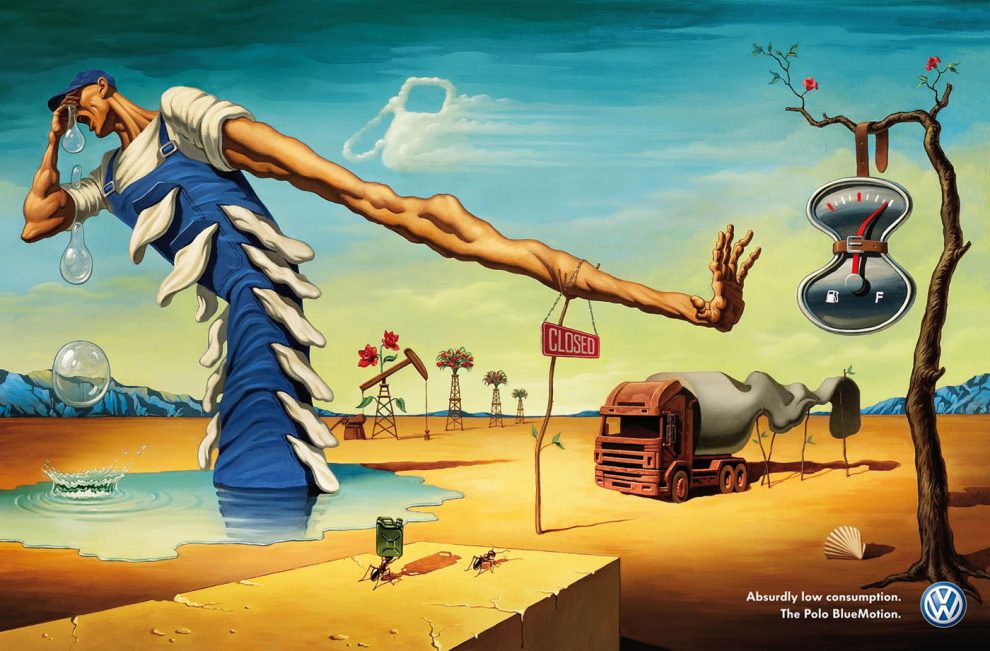 It’s an artistic movement 100 years in the making but surrealism has already covered the world. Sculpted by major figures like Salvador Dali, Sigmund Freud, and Max Ernst, its ideas and styles are still very much a part of many forms of art today with contemporary surrealism.

Its imagery is instantly recognizable. Surrealism thrives on the outlandish, perplexing examinations of the human psyche. The inner workings of the subconscious are splashed across the page for all to see in surprising ways and often using everyday items.

As a result, it’s an artistic movement which lends itself well to advertising, much like pop art. Companies have 30 seconds or even one image to make an impression on the viewer. It’s easy to see why surrealism is able to do that. Let’s take a look at some of the best examples of surrealism in advertising. Some of the most influential figures in the movement’s history can be seen here.

Salvador Dali’s Benson & Hedges
If you want to create a surrealist ad, you go to the best. British tobacco giants Benson & Hedges did just that in the 1970s when they gave Salvador Dali creative license to make an advert. Back then, cigarette adverts were the norm, particularly in Hollywood. 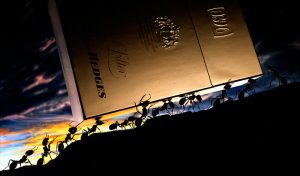 The result was this eye-catching and unique image, a line of ants carrying the company’s main product up a hill. Dali turned his talents to advertising on many occasions. He made films and designed products, and he even designed the logo for the lollipop company Chupa Chups.

Cadbury’s Gorilla
Back in the early-2000s, British confectionery giants Cadbury were going through tough times. The brand suffered a crisis after a number of public blunders. The worst of all was a salmonella outbreak that led to a product recall which cost the company over £20 million. It needed a change, a new direction.
That came in the form of Juan Cabral’s advert, Gorilla. The 90-second ad consisted of a fully-grown gorilla playing the drums to Phil Collin’s ‘In The Air Tonight’. It instantly entered the public psyche and helped reinvent the company’s image. 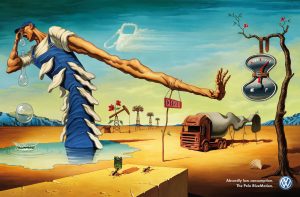 Unlike Benson & Hedges, this company didn’t get the man himself. Instead, the German automotive giants Volkswagen used Salvador Dali’s imagery as a source of inspiration for this ad. The Dali was first published in December 2008 and is a clear nod to ‘The Persistence of Memory’. It acted as a part of the company’s green energy initiative and shows traditional means of fuelling a car making way for alternatives. 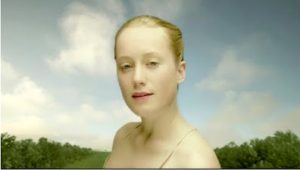 The technology may look out of date to modern eyes and the ‘Deja Vu’ campaign is certainly more memorable than the phone itself. The ad featured actress Tamara Hope giving an unusual monologue about some jugglers. There is an almost elf-like nature to the whole advert which did not go down well with consumers. Deja Vu is often blamed for the 29% decline in sales of the Palm Pre.

This ad goes straight into the subconscious. Examining the thought processes behind our actions, The Hunch is an advert for sports betting site Betway. It offers a rather surreal explanation for the hunch, an internal element of self-belief and confidence in one’s own convictions. The ad was created by London firm Saatchi & Saatchi and was first released in December 2018. 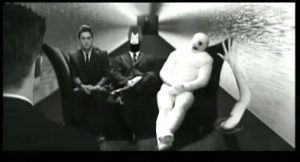 For this ad, Japanese electronics giants Sony called upon a true surrealist icon. David Lynch is known for his larger-than-life work in film and this advert for the PlayStation 2 only furthers that reputation.

First broadcast in 2000, Welcome To The Third Space is 60 seconds of classic Lynch. It’s a black-and-white ad featuring smoke, fire, floating limbs, and a talking duck. Is there a better way to announce the release of a new games console?

Another product of British surreal advertising is the Orange Man for the soft drink Tango. In this 1992 spot, a man painted all in orange running around and slapping anyone who drinks the orange-flavoured beverage.

The phrase “You Know When You’ve Been Tango’d” soon entered the public sphere and so did the act itself. There were numerous news stories of people Tangoing each other which only furthered the viral marketing side of this surreal ad. It has been voted amongst the best British adverts of the 20th century and is still widely remembered.