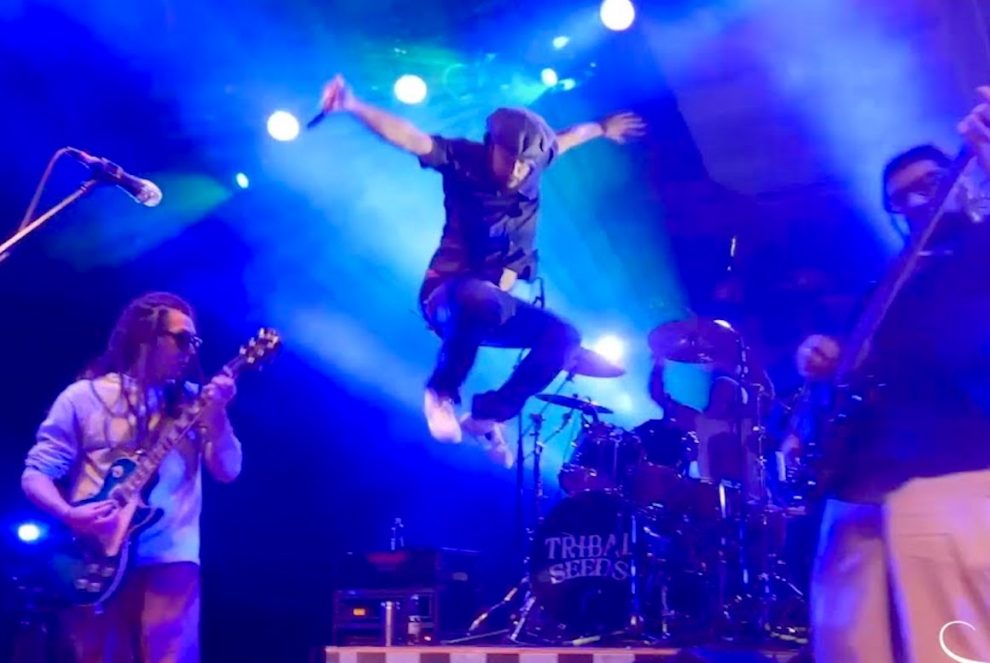 San Diego reggae band Tribal Seeds headlines the Nov. 2nd Town Ballroom show with Brooklyn based New Kingston opening. They are both great reggae bands but we have to point out that New Kingson members are actually Jamaican. That’s not to say you have to be Jamaican to play reggae music. Fortunately, that hypnotic groove is accessible to any good musician with a taste for rhythm and smoke.

Tribal seeds was formed by brothers Steve and Tony-Ray Jacobo. Releasing their music on their own label they astonishingly debut at #5 by their third album Harvest. Topping that was their fourth album Representing which debut at #1 on the Billboard reggae charts and on Itunes and Amazon reggae charts.

New York-based family band New Kingston is comprised of a trio of brothers: Tahir Panton (keys/vocals), Courtney Panton Jr. (drums/vocals), and Stephen (guitar/vocals) and their father Courtney Panton Sr. on bass. The band continues to be one of the most prolific bands in the U.S. reggae community. They’ll be playing great songs like “Protect Me” and “Bring Your Rays” (the second single from the rock2roots series).

Tahir Panton tells us, “The rock2roots series will showcase the wide range of our musical styles that we’ve been crafting for over a decade.”

The diversity and quality of the band’s musical output thus far has received favorable reviews from tastemakers such as Yahoo! Music, Paste Magazine, KCRW, KEXP, The Jamaica Observer, Sirius XM, and many more.

The band says the single “Bring Your Rays,” was inspired by humanity’s collective soul. “In this changing world, love is something we need more of. It will solve more than we know. So be the sunlight in the darkness and ‘bring your rays!’”

They dubbed themselves New Kingston, to appropriately reflect the combination of their Jamaican heritage and their home in New York City. The fusion of these two identities, both their cultural roots and their home, guides their musical and stylistic direction.

Doors for the Town Ballroom show open at 7pm. Tickets $25