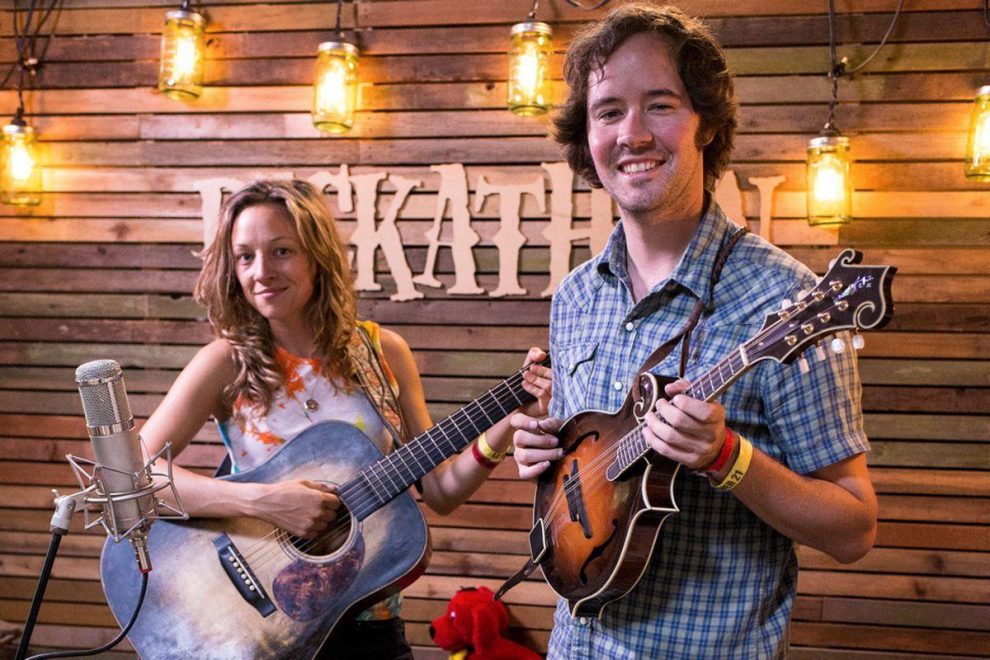 Mandolin Orange’s music radiates a mysterious warmth —their songs feel like whispered secrets, one hand cupped to your ear. The North Carolina duo have built a steady and growing fanbase with this kind of intimacy, and on the latest album Tides of A Teardrop, released in February 2019, that intimacy is more potent than ever. Singer-songwriter Andrew Marlin and multi-instrumentalist Emily Frantz have honed this lamp glow intimacy for years.

They are currently touring in support of Tides of A Teardrop. Marlin wrote the album’s songs in a sort of stream of consciousness.  Intimations of loss have always haunted the edges of their music, their lyrics hinting at impermanence and passing of time.

For this album, Marlin and Frantz enlisted their touring band, who they also worked with on their last album Blindfaller. Having recorded all previous albums live in the studio, they approached the recording process in a different way this time. “We went and did what most people do, which we’ve never done before—we just holed up somewhere and worked the tunes out together,” Frantz says. There is a telepathy and warmth in the interplay on Tides of A Teardrop that brings a new dynamic to the foreground—that holy silence between notes, the air that charges the album with such profound intimacy. “This record is a little more cosmic, almost in a spiritual way—the space between the notes was there to suggest all those empty spaces the record touches on,” acknowledges Marlin. There are many powerful ways of acknowledging loss; sometimes the most powerful one is saying nothing at all.

Growing up in Los Angeles’ punk scene, Sunny was hopping trains from a tender age, riding free on the rails and living homeless on the streets. Her music has always been raw, and she refuses to shy away from a brutally open honesty about the rougher parts of her life, but now that she’s gotten a modicum of comfort and routine, she finds herself looking back to what she remembers as the happiest time in her life. Far from her early days playing house shows with members of FIDLAR, and racing through punk sets with her band Anus Kings, Sunny insists she’s never lost touch with her punk roots, in fact she feels more punk than ever; “I’ve graduated to just hating everybody,” she says with a laugh.

Operation Legatus: Forget About When Crimes Were Committed – We’re Going for Racketeering Charges Against Clare and Sara Bronfman Where Statute of Limitation Is Irrelevant
Curcio Hearing: Raniere Chooses to Keep Teny Gerago as Lawyer- Judge Approves