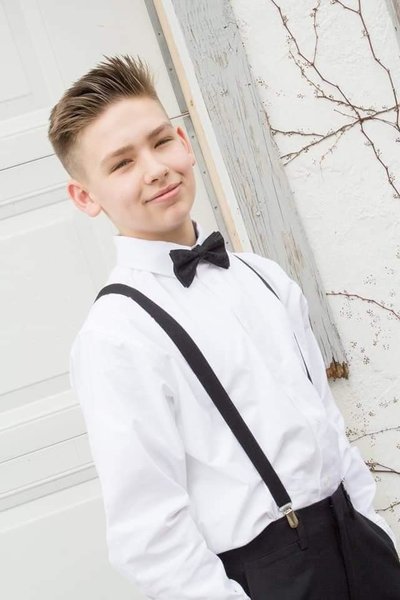 “I miss him so, so much.” Elijah Bunch

On this day, the fifteen month ‘anniversary’ of the death of Christopher Bunch, the boy known as the best big brother, the nicest kid, the happy, go lucky son of Elijah Mendoza Eugene Bunch, people around the country are mourning.  They mourn for this beautiful boy and send healing prayers and love to the family.

They want the family to know that they will NEVER forget Chris.

They mourn for Chris.

And they mourn for the loss of propriety of a nation gone mad with greed.

A nation which once stood for freedom, liberty and justice for all.

But where is the justice for Christopher and his family?

Where is the justice for the hundreds of kids who have sacrificed their lives to corporate greed in the name of ‘public health’ and ‘the safety of the children’.

“The state must declare the child to be the most precious treasure of the people.  As long as the government is perceived as working for the benefit of the children, the people will happily endure almost any curtailment of liberty and almost any deprivation.’ – ADOLF HITLER Mein Kampf

This once happy, always beautiful young man was ripped away violently from his family, his friends and his life by gluttonous people who care naught about you, your health or your children.  His life was ended by people with lofty titles beside their names and huge bank accounts. His life was ended by the Gardasil vaccine.

Perhaps we can all learn a lesson here and take a moment to reflect upon the fact that the government and the people who make money off of pharmaceuticals do not care about you.

Perhaps, if you look beyond the slick commercials, the glossy ads and the talking heads you may just see an agenda going on that is not in the best interest of you or your children.

However, if you cannot, or will not be willing to imagine that the people with those lofty titles beside their name and who make millions of dollars off of your misery really could care less, then I am sorry to say:  you deserve to be miserable.

Dr. Diane Harper, one of the researchers of the Gardasil Vaccine, says that young girls and their parents should receive more complete warnings before receiving the vaccine to prevent cervical cancer.

Dr. Harper helped design and carry out the Phase II and Phase III safety and effectiveness studies to get Gardasil approved.   HPV can lie dormant in the body for up to 20 years.  According to study data, the Gardasil vaccine’s effectiveness lasts only for five years.

Now, in the infinite wisdom of the vaccine pushers, it has been decided that the Gardasil vaccine should be foisted on boys too.

On June 29, 2018, Christopher Bunch received the Gardasil vaccine at a routine doctor’s visit.

On Friday, August 10,2018 Christopher was moved to the PICU. His neurologist explained that they were diagnosing him with Acute  Disseminated Encephalomyelitis (ADEM) and, given his medical history, he was

“100% sure that the HPV vaccination caused the ADEM for Christopher… “

Is but one life not enough?

ONE CHILD’S LIFE SHOULD BE ENOUGH.

How long did it take the public to wake up to the fact that opioids were killing people?

The people who were willing to look, saw it right away.  But the masses, it took awhile, didn’t it?  That’s because of the enormous advertising and propaganda campaign put forth by the drug company.

Don’t you get it yet?

How many children have to die from this horrific assault on our kids before people will wake up to the horror.

If even ONE child can be saved by this ‘anniversary’ then some good was done. But, why is it OK for thousands to become paralyzed and die before we say enough is enough?

Christopher Bunch’s father had this to say today, on this awful  ‘anniversary’,

“Christopher was such an amazing young man.  He was my best friend.  He had a beautiful heart that everybody just wanted to be a part of.

That will NEVER go away.

And WE will NEVER forget Christopher Bunch.

The money that was made on his death by the greedy, blood stained hands of the executives who laugh all the way to the bank was spent on Ferrari’s, fine jewelry, and tailor-made suits.

They will not be able to take that with them when they die.

But, they will take their guilt.

But for now, the avaricious conmen with the lofty initials beside their names are celebrating this ‘anniversary’ and dancing on the grave of this beautiful boy whose parent will miss him so, so much forever.

FOR THE FULL STORY OF CHRIS’S ORDEAL GO TO:  https://christopherbunch.org/

NOTE:  This article goes out to the makers of the Gardasil vaccine, Merck and Co, the people who invented it –  Ian Frazer, Jian Zhou, Shin-je Ghim, A. Bennet Jenson, Rinchard Schlegel, Robert Rose, the Albert and Mary Lasker Foundation who awared  Douglas Lowy, John Schiller, Reinhard Krinbauer for technical advances that enabled the development of Gardasil, (they also awarded Planned Parenthood the ‘public service award’ at the very same ceremony  for providing ‘essential health services and reproductive care to millions of women’),  NYS Sen. Bradley Hoylman and his husband, David Sigal, David Sigal’s mom Ellen V. Sigal who very well may be the driving force behind why Brad Hoylman is pushing so very hard to inject everyone with vaccines in NY,  (https://fnih.org/about/directors/ellen-sigal),  NYS Ass. Richard Gottfried,  Sen. Richard Pan, NYS Ass. Carl Heastie, NYS Ass. Jeff Dinowitz, NYS Ass. Nader Sayegh, and all the other members of the NYS Assembly Health Committee who sold the children of NYS down the river to certain uncertainty.