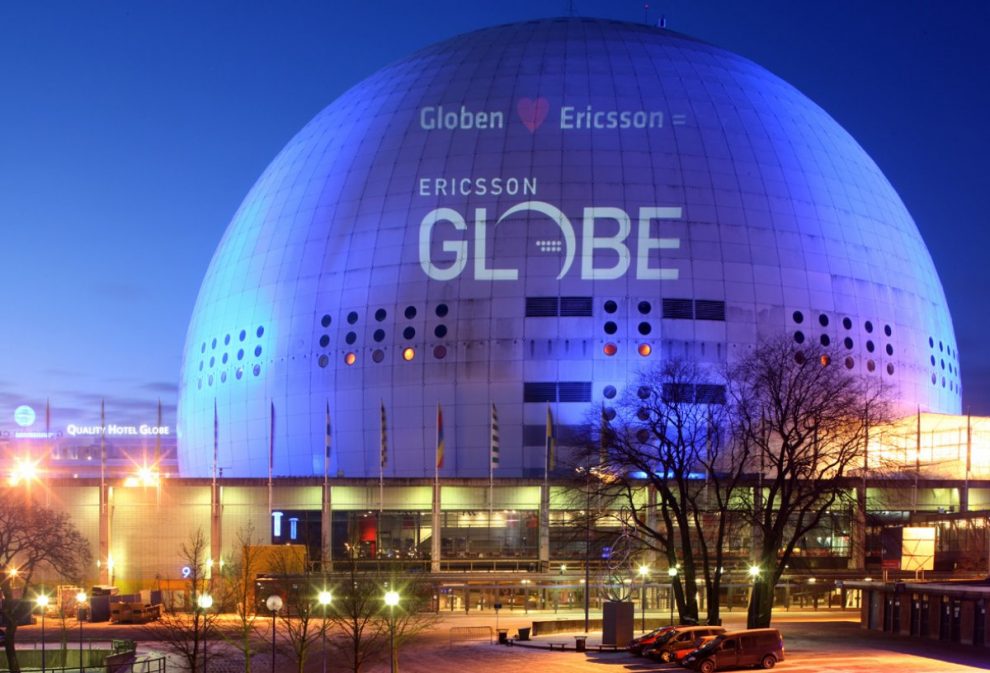 A magical week in Europe… but oh, those games.

STOCKHOLM…For the Buffalo Sabres, a chance to return to Europe to play some games and showcase the sport of hockey to a fan base eager to revel in the NHL, this was a highly anticipated week on the calendar.

It was early last spring when it was announced that the Sabres would be appearing in a set of games in Stockholm, Sweden. The last time the team played in Europe was back in 2011, just months after Kim and Terry Pegula took ownership of the team.

That series, a pair of games in Helsinki, Finland and Berlin, Germany, was a rip roaring success. Add in a preseason “friendly” in Mannheim, Germany against the German League Adler Mannheim, and it was a showcase for the team, not to mention two huge wins against Anaheim and Los Angeles to open the regular season and come back to North America with four points.

This time…not so good. The Sabres dropped two games in regulation to the Tampa Bay Lightning, and even though it’s still early in the season, there is restlessness and almost panic settling in amongst the fan base, remembering last year’s tailspin from first place in the league to 27th.

But first the good. The Sabres were riding a high all week long once touching down in Stockholm on Monday, with high energy practices at the Ericsson Globe, appearances around town, and for many of the players, a chance to experience a spectacular European capital city in all its glory.

“This is our home, this is our showcase arena, we want to let the guys know where to go and what to see and do here,” said Marcus Johansson, one of six Swedish players on the Buffalo roster.

Couple that with the presence of a significant media presence not just from the Buffalo and Tampa Bay contingents, but also national media from North America and several European countries. Media staffs from both teams and the league were busy all week setting up appearances and interviews, having to navigate in several languages. They pulled it off with few glitches and did the teams and the NHL proud.

Few were prouder than NHL Commissioner Gary Bettman, holding court with the press at last Friday nights game, and almost gushing at the success of this year’s Global Series and what it has meant for the league. “There’s a reason these games sell out in a few hours. Our game is very popular here and fans just can’t seem to get enough.” Bettman added that Sweden ranks amongst the top destination for the NHL to stage these games.

And why not? There are currently 79 players on active NHL rosters who are of Swedish descent. NHL television ratings and merchandise sales in Sweden are through the roof. There is a significant television presence of NHL games in Sweden.

Both of these games were nationally televised there. For those not lucky enough to snag a ticket to these games, sports bars all across Stockholm were carrying the games on their TVs. Across the street from the Ericsson Globe at O’Learys, a sprawling Boston themed Irish pub, it was wall to wall with local fans hooting and hollering for their favorite team and especially for their favorite Swedish players. It was an intense and festive atmosphere.

Atmosphere. Inside the 13,000 arena it was equally electric.

Back in 2011, much of the staging and game night presentation was left to local organizers. In Helsinki, the public address announcer spoke primarily in Finnish, the music bumps were largely a mix of Finnish folk songs and local dance mix house music. It all was very cool for a travel enthusiast seeing a game outside North America for the first time.

But some of the elements were just a bit off. The “Kiss Cam” at Hartwall Areena landed with a thud, with locals providing horrified grimaces when shown on the video board and asked to publicly kiss their companion.

This time.. a much tighter show and a chance for the Euros to see how we do it in North America.

Buffalo’s game night host Jay Moran was pressed into service for the same duties here and he nailed it. The skits between the breaks went off smoothly and were highly entertaining. Buffalo’s signature goal song, “Let Me Clear My Throat”, was jammed every time the Sabres scored.

One especially entertaining clip had several Sabres players trying to say “Top shelf where momma hides the cookies” in Swedish and get the grammatical inflections down right. Evan Rodriguez earned the most laughs for his rendition.

The intro videos from both the Tampa Bay Lightning and the Buffalo Sabres were presented.

Maybe we are a bit biased but Buffalo’s video ran circles around the Lightning’s. For those who haven’t been to a home game yet at KeyBank Center, go and get to your seat in time for the show. The Sabres’ Golden Anniversary video traverses through 50 years of amazing moments in the franchises history. There are Rick Jeanneret’s calls interspersed throughout and the entire show is designed to raise goosebumps.

And there were more goosebumps on the ice as on both nights stirring renditions of both the United States and Sweden national anthems were performed. The Swedish anthem in particular was mentioned by several of the Swedes participating in this weekend. Tampa Bay’s Viktor Hedman was emotional when he said, “it’s a dream for me to stand here, right here, on this ice sheet and here my countrymen sing that song high to the roof. One can only dream of such a moment.”

The Sabres Linus Ullmark, who played the entirety of Friday’s game, also spoke about his national anthem. “This is our national arena and every youngster playing hockey here in Sweden can only think about being on the home ice and hear our anthem. I’ll be very clear. For me it was a moment. It was an experience. And a moment I’ll probably just experience but once in my life.”

For Ullmark and the rest of his Swedish teammates, and for that matter, the rest of the Sabres who were pulling for a big week for their home town players, the games had to be a bitter disappointment. Both the power plays and the penalty kills were not working, the third and fourth lines were missing in action, and the
Lightning seemed to be faster, tougher, quicker to the puck, for long stretches of both games. Final scores 3-2 and 5-3 for the Tampa Bay Lightning. The team came home with no points and are now in a 1-5-1 slide in their last seven games.

Wondering who the crowd was pulling for? Probably 60-40 for Tampa Bay, and throughout the week, Lightning swag was spotted everywhere in Gamal Stan, which is the city’s Old Town, and the central city shopping district which surrounds the sprawling and gleaming modern train station.

So why was that? Two words…Viktor Hedman.

Even though the Sabres have many more Swedes on their roster, Hedman is the poster boy for Sweden hockey and arguably the most popular Swedish player on any active roster today. Chances are if you spot a Lightning jersey in Stockholm, Hedman’s name will be on it. And he did not disappoint, being a total force for the Lightning in both games.

Would the Sabres like to come back to Europe? Watching the front office team in action one could see that that they were reveling in the totality of the experience. Sabres forward Sam Reinhart, who scored three goals in the two games and was by far the best Sabres player on the ice for both nights, said he was enjoying taking it all in. “We definitely like playing here and for these fans. Definitely a different experience and I’ll remember this one for sure,” said Reinhart.

But for some of the other players, it was tough getting any sort of reaction after the losses. Marcus Johansson was disconsolate in the locker room after Friday night’s game. Rasmus Dahlin, who struggled mightily with puck possession and movement on both nights, was nowhere to be found.

The Buffalo Sabres pulled off a triumph at these games in Stockholm. The organization did themselves proud. But for Coach Ralph Krueger and the team, some soul searching and head scratching these next few days as they resume play this weekend and enter a brutal month of November with many tough opponents and few days of rest. They need to get things fixed in a hurry.

TARO SEZ…
Taro wants to know and thus asked Commissioner Bettman just this past Friday… “Just when will an NHL Global Series will be coming to Tokyo and Osaka, Japan?” Taro further asked the Commissioner if there is any good reason why he shouldn’t be the one dropping the ceremonial first puck at those games. After all, Taro Tsujimoto was the first Japanese player ever drafted in the NHL, changing the sport forever.

Well, it appears Taro will have to wait a little longer. Next year’s NHL’s Global Series will be heading to Prague, Czech Republic and Helsinki, Finland.

Greta Thunberg and Cross-generational Power to Change by Tom Hastings
Bolivia: Life & Death in the Heart of South America PART 1.