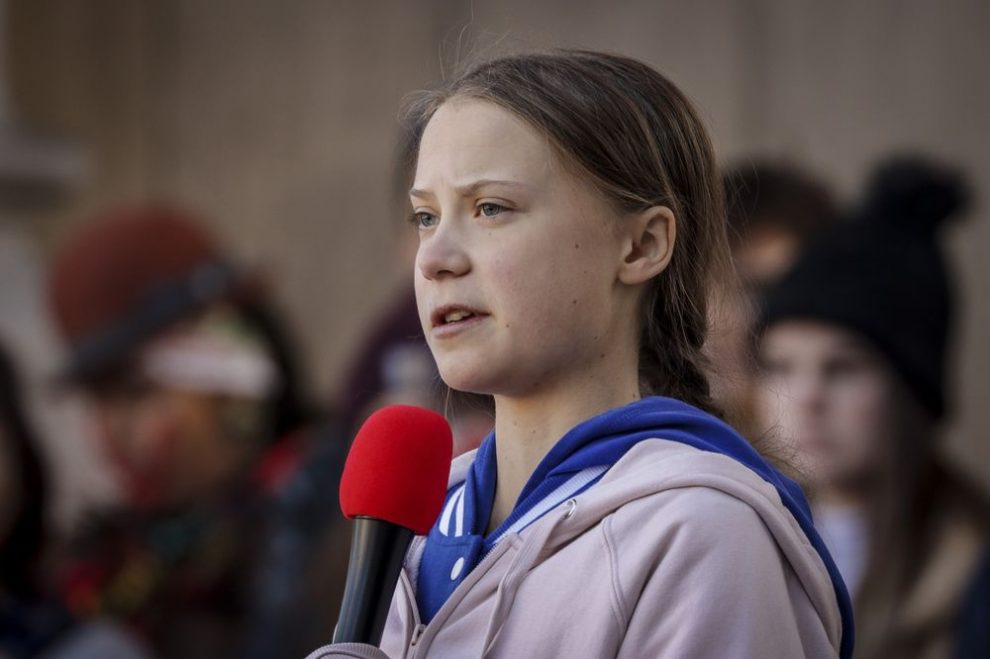 Greta Thunberg was just a little girl in Sweden who learned about the emerging threats to all of us–literally to every human being on Earth and to all species–from anthropogenic (human-caused) climate chaos.

More hurricanes with the accompanying destruction from wind, waves, and floods. Melting glaciers and icecaps–rising seas. More than 200 million projected climate refugees by 2050–just as young people now are entering the prime of their lives. Massive forest fires more destructive than ever in human history–including burning down entire towns and even threatening cities. Entire species driven out of existence–a worse extinction than any since at least 65 million years ago. Food production dropping precipitously–likely huge spurts of starvation and resource conflict. Wars. That is her future, say the scientists.

What could one child from Sweden do? Recycle her Knäckebröd wrappers? Put one less log on the fire? Try to convince her parents to drive their Saab fewer kilometers?

Actually, she did start with her parents. She joined them as they began to learn about the effects of what we humans are doing to the atmosphere–dumping carbon in by the megaton every day. She demanded that the family do much more. Sure enough, her mother—well known opera singer Malena Ernman—gave up her international career to stop flying in the destructive air travel system.

Greta decided to go on strike when she learned the adults in charge of the world were doing little and some were even going backwards, driving SUVs, building tar sands oil pipelines, and other environmentally stupid practices.

So this child sat outside her school, staying out of classes. That, for a child, is going on strike.

So what? So one little girl has a snit about global warming? Who would notice?

Turns out a lot of us. Thunberg has greatly increased the momentum of the climate chaos resistance movement. More than 490 million of us from 185 countries heard her call and schools emptied to both protest, challenge, on September 20, 2019.

Now, due to a global (mostly) youth movement called Extinction Rebellion, nonviolent resistance to fossil fuel has growing momentum in many countries, with thousands of arrests of nonviolent activists all around the world just in the past week.

Research shows that in societies where citizens seek change they will get it every time that their numbers engaged reached 3.5 percent of the population on a sustained basis. So, in the US, that is perhaps 12 million grassroots folks acting regularly over a period of time–then we will win.

Overall victory is a society that stops contributing to climate chaos. Specifically in the US over the next period, a success might include strong support for all-electric cars and trucks, rejoining the Paris Accords, reversing the development of oil drilling and oil pipelines, phase out coal and methane power plants (except methane generated from landfills), and radically scale back US military overseas involvement (thus eliminating approximately two-thirds of the military’s massive carbon footprint), even if we “only” achieve one of these objectives at a time.

Greta, please keep us growing. Your inspirational leadership, coupled with support from older experienced campaigners, can turn this around here in the US and elsewhere.

What can what little girl do? She can lead the rest of us to victory.

Dr. Tom H. Hastings is PeaceVoice Director and on occasion an expert witness for the defense in court.