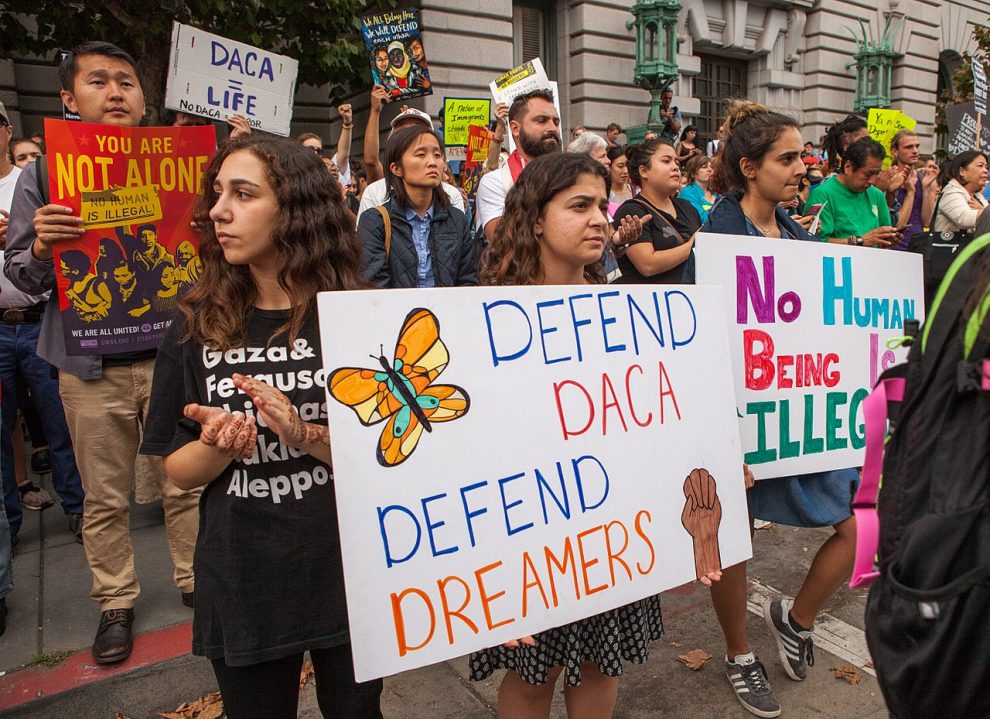 As the struggle for immigrant rights continues to be fought across America, new battlegrounds may come into view, then fade from public attention.  For many months, our border drew intense scrutiny, as family separations shocked and horrified millions.  Recently, the fate of DACA and 700,000 Dreamers moved back briefly into headlines, as the Supreme Court took up arguments over the Trump administration’s efforts to terminate the program.

What hasn’t yet come to full attention, however, is the struggle over the future of immigration detention itself, a conflict whose outcome may have far-reaching consequences for immigration reform in years to come.

Last month, Governor Gavin Newsom signed a bill prohibiting California from entering into, or renewing, contracts authorizing companies to run private, for-profit detention centers in the state.   Currently three companies (the GEO Group, CoreCivic, and the Management & Training Corporation) run four different facilities that, collectively, house up to 4000 people, or about 8 percent of the approximately 49,000 people in immigration detention nationwide.  The California bill will take effect on January 1, 2020, forcing the closure of the four facilities whose contracts will expire over the course of that year.

For immigration activists, the closures will represent the beginning of the end of a tragic, violent period in our immigration history.  They cite numerous reports on abuse and neglect perpetrated by the for-profit operators of these facilities, including a 2019 Inspector General report that cited thousands of deficiencies nationwide, deficiencies “that jeopardize the health and safety of detainees,” including failure to notify ICE about sexual assaults.  Adelanto, the largest facility in California, has been cited numerous times for medical neglect, and has been the site of several deaths in recent years.

To prevent people currently detained from being transferred to remote locations outside the state, immigrant rights groups are working strenuously to raise bond funds that would allow them to pursue their asylum cases outside of detention.  This approach is consonant with a broader goal of eliminating immigrant detention entirely and replacing it with community accompaniment programs that help asylum seekers advance their cases while living and working productively in communities.  Activists describe the overarching theme of this strategy as “community, not cages.”

Companies operating the for-profit facilities maintain that legal obstacles will block the implementation of the new California measure.  A company spokesperson for the GEO Group, for example, declared that the bill should face a successful legal challenge because it violates the Constitution’s supremacy clause (Article VI) that gives federal law precedence over state lawmaking.  But constitutional experts supporting the measure argue that California has the authority to take this step, saying that the state has the power to regulate private companies; it isn’t trying to regulate the federal government.

ICE, meanwhile, has taken matters into its own hands.  Five days after Governor Newsom signed the new legislation on October 11, ICE began soliciting contracts for new for-profit detention facilities, contracts that would be approved prior to the January 1, 2020 date that California’s new measure would take effect.  The contracts are for facilities in the same geographical areas as the existing four detention centers, and would run for five years, with the option to renew for two additional five year terms.

California officials and immigration activists maintain that ICE’s move violates federal procurement protocols by narrowing the bidding process to favor the existing companies and facilities.  They argue that by attempting to rush the contracts before the January 1 deadline, ICE is making a blatant attempt to circumvent California law.   At this point, it’s unclear how the conflict will play out legally in the near future.

Nevertheless, California immigrant rights activists remain undeterred, seeing their state’s legislative actions as part of a bigger national reform movement.  They cite Illinois’ recent ban on private immigration detention as well as proposed national legislation that would place a moratorium on the expansion and construction of detention facilities, while increasing oversight over existing facilities.

It remains to be seen exactly where and how the coming battles over detention will be fought.  Much may happen in the courts, but for many activists the key issue will remain one of visibility:  making continually clear to the public what it means to criminalize and incarcerate asylum seekers – and to run profitable, multi-billion dollar businesses in doing so.