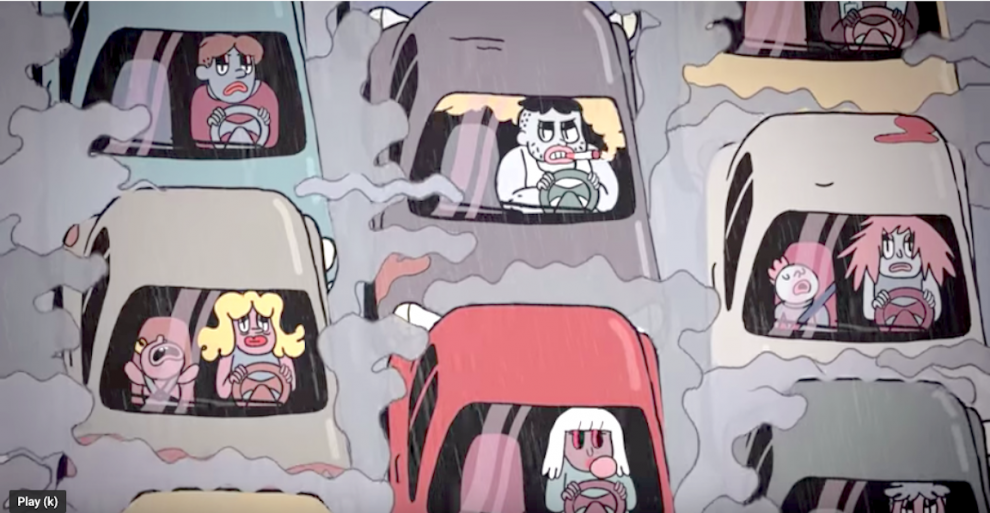 The FOALS just debuted their song “Like Lightning” which has a fabulous animation that captures the whole climate change battle in a few brief minutes. The animation’s lead character breaks from a cage and embarks on a world march that is reminiscent of Forrest Gump leading the world to a better place. The song is off their recent album Everything Not Saved Will Be Lost – Part 2.

The video was written and directed by the French animator Virginie Kypriotis and was premiered by Music Declares Emergency, an organization that promotes changes to improve environmental practice across the UK music industry. Kypriotis said “After being angered by the world’s greed, malice and ignorance regarding environmental issues, the story’s hero simply decides to run away. The action makes him a kind of contemporary messiah who people turn to as they begin to change their ways. Although the film is about the environment, we wanted to create a new kind of message about it. Rather than just being pessimistic or even too sentimental, the idea was to use our anger to create something funny and hopeful to celebrate the people who are actually doing something about it.”

The “Like Lightning” video depicts a world of unrestrained consumerism and the video’s central character, George, is inspired to take action after watching nightmarish news reports of a dying planet. He hits the streets and soon inspires a wave of like-minded souls to join him. He discovers that the more attention he generates for the cause, the more things change for the better.

FOALS are one of the most prominent supporters of Music Declares Emergency, which was founded in 2019 by a group of artists, music industry professionals and members of the leading environmental charity Julie’s Bicycle. In July, MDE declared a Climate and Ecology Emergency, which attracted thousands of signatures from all sectors of the UK music industry. FOALS are one of MDE’s numerous high profile supporters, alongside artists including The 1975, Radiohead, Robyn and Massive Attack.

‘Like Lightning’ follows the launch of the Foals documentary and concert film Rip Up The Road, which chronicles the band’s tour in support of Everything Not Saved Will Be Lost – Part 1, and is available at Amazon Prime Video.

The band recently confirm an extensive co-headlining tour of North America, in support of their most recent album Everything Not Saved Will Be Lost – Part 2, with Local Natives. The tour will stop in cities including Los Angeles, Washington D.C., Detroit, and Chicago (full dates below) and Local Natives will join them on the majority of these dates. Additionally, Cherry Glazerr are confirmed as support on most dates of this tour. Tickets for all dates are on sale now here.

Foals recently released Everything Not Saved Will Be Lost – Part 2 via Warner Records. The album completes the artistic statement and striking state-of-the-world-address of Everything Not Saved Will Be Lost – Part 1, and the Associated Press says “these batch of songs prove Foals to be at the top of their game, making complex, brilliant music.” Part 2 was #1 on the UK album charts & Part 1 was shortlisted for The Mercury Prize.

Collectively, Everything Not Saved Will Be Lost is symbolic of Foals’ trajectory so far. From playing chaotic house parties in their home city of Oxford to becoming major festival headliners across Europe, they’ve earned critical acclaim (NME and Q Award wins, plus Mercury Prize, Ivor Novello and BRIT Award nominations) and fan devotion (1.7 million album sales, plus over half a billion streams at Spotify since 2015) in equal measure. 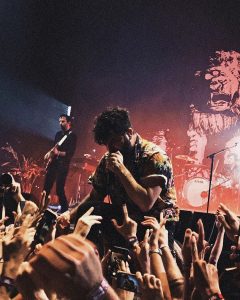