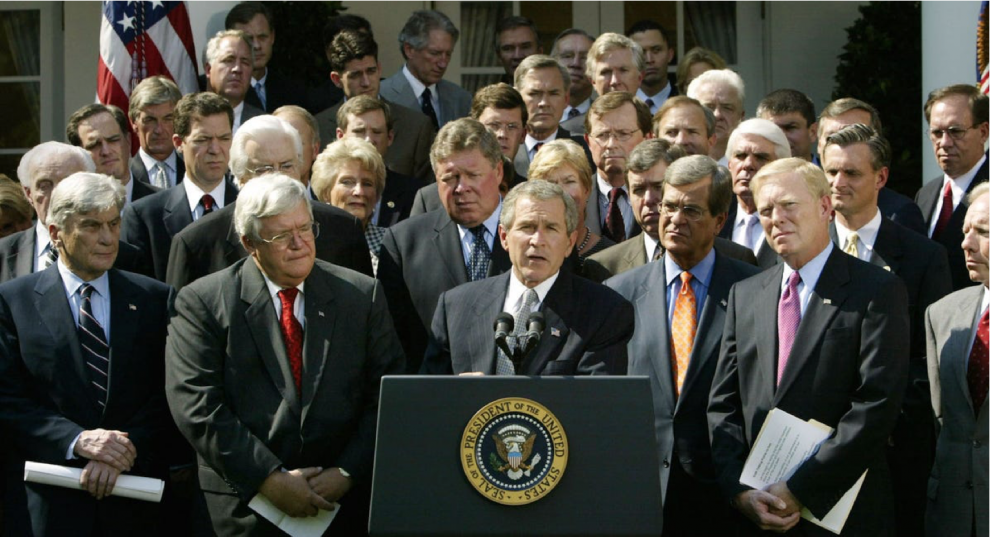 In 2001 and in 2002 Congress passed authorizations for war. While not declarations of war, these mandates, each titled an Authorization for Use of Military Force (AUMF) provided the legal framework for attacks against al-Qaeda in 2001 and in 2002 for the Iraq War. Both AUMFs are still in effect today. As Congress considers its annual authorization to fund the Pentagon our current members of Congress, both in the House and the Senate, are in positions of responsibility and ability to repeal these AUMFs.

The effect of the AUMFs:

Based on FBI and journalist investigations, al Qaeda had between 200-400 members worldwide in September of 2001. Al Qaeda now has affiliates in every corner of the world, their strength measures in the tens of thousands of members, and they control territory in Yemen, Syria and parts of Africa. In Afghanistan, the Taliban now control as much as 60 percent of the territory and, with regards to international terrorism, where there was one international terror group in Afghanistan in 2001, the Pentagon now reports twenty such groups.

ISIS was formerly al Qaeda in Iraq, an organization that came into existence solely due to the invasion and occupation of Iraq by the United States. US military, intelligence agencies, journalists and other international organizations continually report that the reason people join such groups is not out of ideology or religious devotion, but out of resistance to invasion and occupation, and in response to the killing of family, friends and neighbors by foreign and government forces. It is clear the AUMFs have worsened terrorism, not defeated it.

The cost of the AUMFs:

More than 7,000 US service members have been killed and more than 50,000 wounded in the wars since 9/11. Of the 2.5 million troops deployed to Iraq and Afghanistan as many as 20% percent are afflicted with PTSD, while 20 percent more may have traumatic brain injury. The Veterans Administration reports Afghan and Iraq veterans have rates of suicide 4-10 times higher than their civilian peers. This means almost two Afghan and Iraq veterans die by suicide every day. Do the math and it is clear more Afghan and Iraq veterans are dying by suicide than by combat. The cost to the people overseas to whom we have brought these wars is hard to grasp. Between one and four million people have been killed, directly and indirectly, by these wars, while tens of millions more have been wounded or psychologically traumatized, and tens of millions more made homeless – the cause of the worst refugee crisis since WWII.

The AUMFs have allowed for wars to be waged without end by the executive branch, wars the American people, including veterans, say have not been worth fighting. Congress has the ability and responsibility to help bring about an end to these wars by ensuring the repeal of the 2001 and 2002 AUMFs.

Matthew Hoh is a Senior Fellow with the Center for International Policy and a Marine combat veteran of the Iraq War.

Thanksgiving Might Bring Divisive Political Talk
Is It Safe To Eat Fish From The Buffalo River? by Claudia Rosen