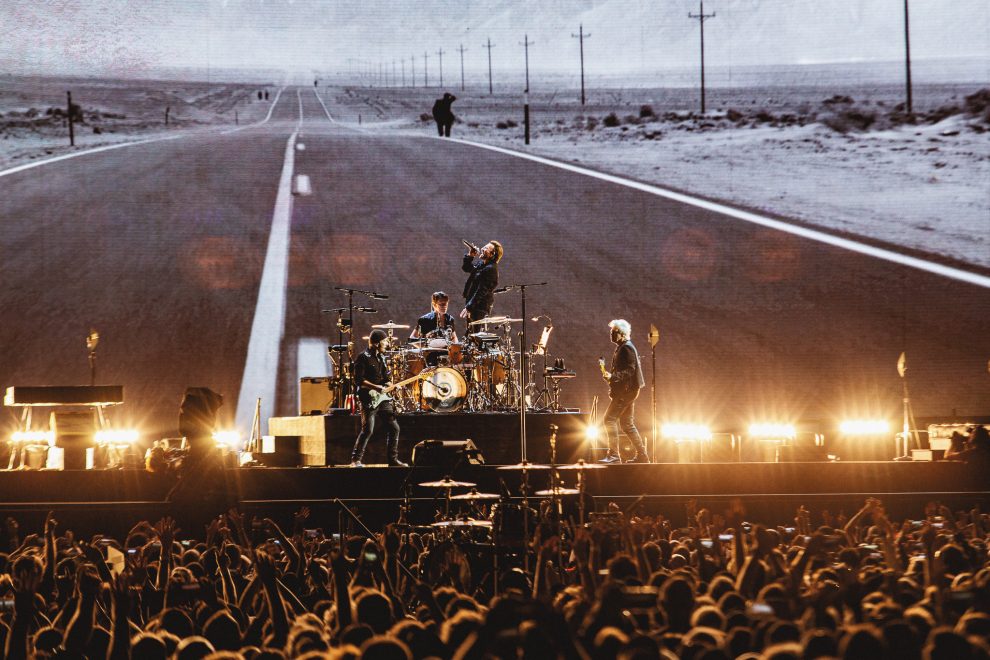 U2 will be wrapping up their Joshua Tree 2019 Tour in Mumbai, India on December 15, 2019.  To mark U2’s first ever visit to India, Island/Interscope Records today released a new track titled ‘Ahimsa’ from U2 and legendary Indian singer/composer A.R. Rahman.

‘Ahimsa’ – the Sanskrit word for non-violence – celebrates the spiritual diversity of India. The collaboration comes less than one month ahead of what will be U2’s first ever show in India.

A.R. Rahman said – “Ahimsa requires courage and strength. A quality that is impervious to weapons or power. It’s a mission which is most needed to heal the modern world and it is incredible timing to collaborate with U2, with their amazing legacy, to revive this movement.”

U2 guitarist The Edge said – “It has been an absolute joy to work with A.R. on this track. A superstar and a talent both towering and generous, we are especially excited to visit his homeland in just a few weeks. India has been on our bucket list for a very long time, the principles of ahimsa or non-violence have served as an important pillar of what our band stands for since we first came together to play music. We can’t wait to experience the culture of India first hand, a place that brings together the modern and the ancient all at once.”

By the time it reaches Mumbai on December 15, 2019, The Joshua Tree Tour will have played to almost 3 million fans in just 66 shows across Europe, North & South America, Mexico, New Zealand and Asia.