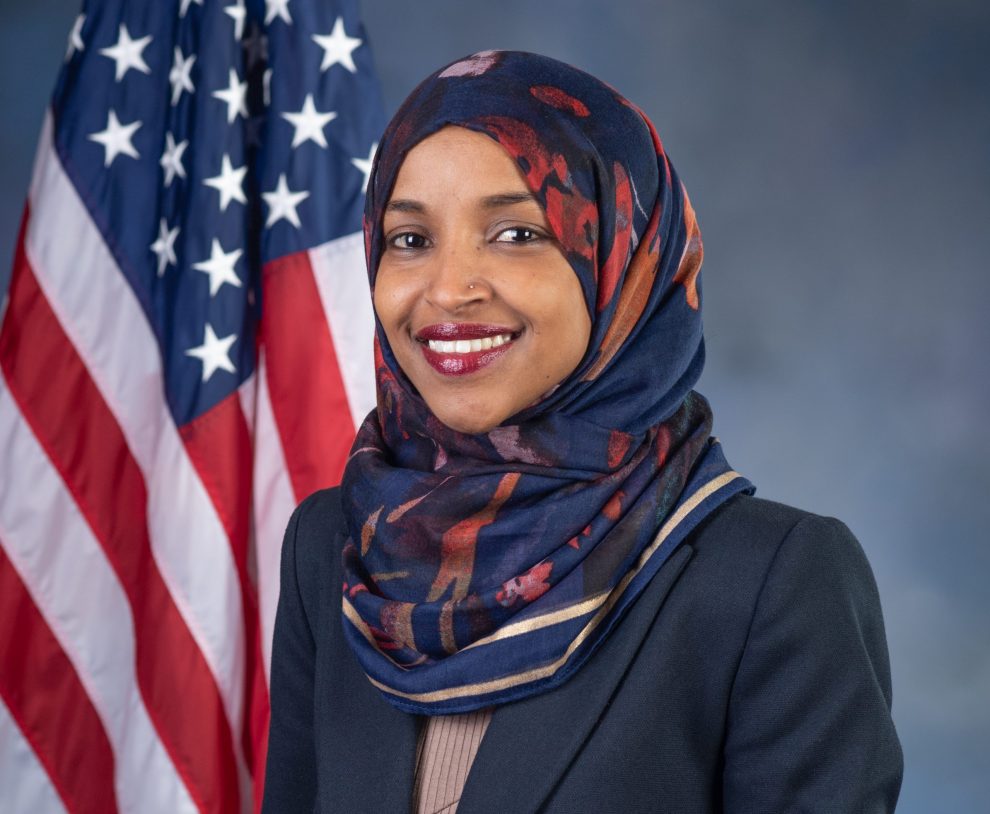 Patrick Carlineo of Steuben County in the Southern Tier pleaded guilty in Rochester court last Monday to threatening to kill U.S. Rep. Ilhan Omar of Minnesota. In a federal affidavit, an FBI special agent wrote Carlineo called the congresswoman’s office on March 21 and made the threat.

“Do you work for the Muslim Brotherhood?” Carlineo allegedly asked one of Omar’s staffers. “Why are you working for her? She’s a fucking terrorist. I’ll put a bullet in her fucking skull.”

The intelligence of tomorrow

In a letter to the judge who will decide on the case, Omar said: ‘The answer to hate is not more hate; it is compassion

The toxic stupidity Patrick Carlineo displayed in his call is pretty much the same mindset at work in a bizarre fake video that was shown, without official authorization, at the American Priority Festival and Conference, a pro-Trump event at a Trump golf resort in Florida. The video consisted of a scene from the movie “Kingsman: The Secret Service,” with various faces or news logos superimposed on the characters. It showed the Donald walking grimly through the “Church of Fake News,” pulling out a handgun and blowing away deeply hated media and political critics with oh-so-righteous gusto.

Go, Second Amendment! I can feel the deep, Hollywood-generated satisfaction at work in their fantasies: Got an enemy who won’t shut up? Take him or her out with your perfectly legal handgun or assault rifle. Problem solved.

This is what war is all about, for heaven’s sake. And the United States of America is the global leader in making sure the planet’s wars never end. One of these days we’ll be rid of all those terrorists, and evil itself; until then. we’ll continue devoting half our economy to waging wars, developing weapons of mass destruction and propagandizing our exceptionalism. We’ll also arm our allies and, for that matter, anyone else who’s interested, including our enemies (al-Qaeda, Saddam), because weapons sales are good for the economy and create jobs.

The armed elimination of one’s problems, whether pure Hollywood fantasy or real-world geopolitics, is a settled addiction, accepted, even by those who recognize it as insane, as “the way things are.” While war, especially since Vietnam, has been increasingly challenged in the United States from the political margins, the reality of it seems safely beyond the reach of . . .uh, democracy.

But let us return to the incendiary words of Patrick Carlineo. Something is changing. In the wake of his sentencing in U.S. District Court, Ilhan Omar, the victim of his threat, wrote to the presiding judge:

“. . . That his threat of violence relied on hateful stereotypes about my faith only makes it more dangerous. This was not just a threat against me as an individual — it was a threat against an entire religion, at a time of rising hate crimes against religious minorities in our country.

“But we must ask: who are we as a nation if we respond to threats of political retribution with retribution ourselves.

“The answer to hate is not more hate; it is compassion. Punishing the defendant with a lengthy prison sentence or a burdensome financial fine would not rehabilitate him. It would not repair the harm he has caused. It would only increase his anger and resentment.

“A punitive approach to criminal justice will not stop criminals like Mr. Carlineo from committing a crime again or prevent others from committing similar acts. Only restorative justice can do that. He should understand the consequences of his actions, be given the opportunity to make amends and seek redemptions. . . .”

I quote Omar at length not merely because her words are stunningly right on, but because they vibrate with political resonance. An awareness of — no, I mean a passionate belief in — Restorative Justice has entered Congress! She understands that punishment perpetuates crime; that healing, repairing harm and creating peace are not simplistic matters to be dumped into the trash bin of the prison-industrial complex.

Omar adds: “If we truly want to prevent crimes like Mr. Carlineo’s, we must address the root causes of these crimes.”

This is the intelligence of tomorrow, pushing at the status quo centrism at the American political core. What if . . . what if . . . this consciousness takes hold where laws are shaped and money is allocated?

On her website, Omar makes points such as: “We must end the state of endless wars, as these wars have made us less safe. . . . We must center foreign policy around human rights, justice, and peace. Limiting our global armed presence in the form of military bases and investing in diplomacy, economic and cultural engagement will allow us to begin to repair the harm done.’

What’s emanating here is not just policy shift but consciousness shift. Its time is now. William Hartung, in a powerful essay on the U.S. arms trade in the Middle East, writes:

“Such deals with Saudi Arabia and other Mideast states may be hugely popular with the companies that profit from the trade, but the vast majority of Americans oppose runaway arms trading on the sensible grounds that it makes the world less safe. The question now is: Will Congress play a greater role in attempting to block such weapons deals with the Saudis and human-rights abusers or will America’s weapons-sales addiction and its monopoly position in the Middle Eastern arms trade simply continue, setting the stage for future disasters of every sort?”

Violence has complex, endlessly unpredictable consequences. The future is vulnerable to what we do today.