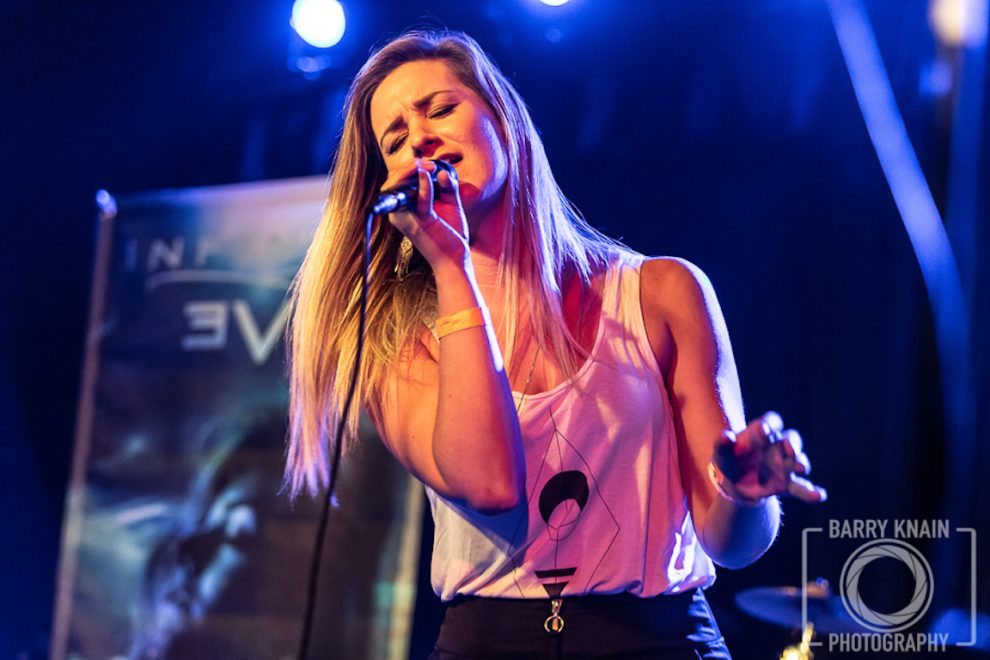 The Raleigh North Carolina duo Infinite Eve and friends released their debut EP today The Story. Like many other bands they reflect the overload of musical influences all musicians face today. The result is a sound that is difficult to quantify. This is evident when their own publicist describes them as “pop/rock/alternative, heavy, ballad, ethereal, and even heavy metal undertones woven throughout.” When you have that many labels the result is no one knows what the fuck you’re talking about. Frankly, publicists would be better off not trying to describe music that they undoubtedly do not know how to play or understand. Nevertheless, lead singer Eve Naylor has a powerful voice and her skilled guitarist Paul Warren works well supporting her talent.

Infinite Eve was founded in 2017 out of Raleigh, North Carolina, combining the songwriting of Eve Naylor and Paul Warren. It’s clear that Naylor draws influence from multiple vocal styles. There are not many limitations to her voice, which soars frequently to the upper reaches of singing. Warren, director of The Raleigh Music Academy, employs sturdy guitar techniques and impressive guitar tones. “Beautiful Weapon” is the first single off the EP. You can find The Story on Sotify, iTunes, Amazon, Google Play and Deezer.

Rittz Drops New Album: “Put A Crown On It”
SAT NOV 30 – The Nutcracker performed by BPO and Neglia Ballet at Shea’s