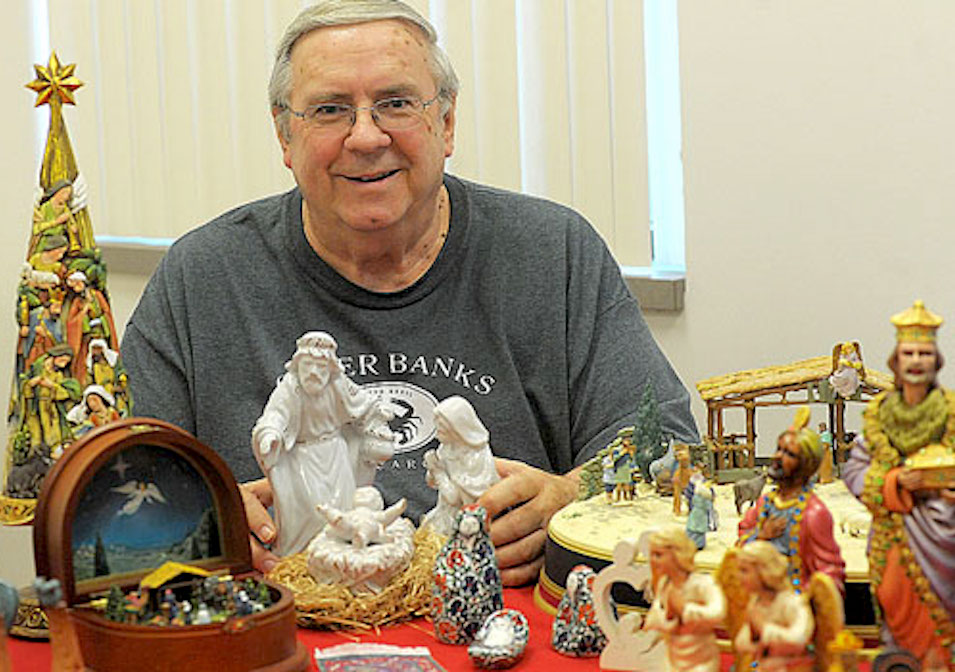 Father Roy Herberger who has been collecting nativity sets of Mary, Joseph and the Baby Jesus at his parish for years is hoping to find a home for his collection. Apparently the Diocese has run out of space to accommodate his hobby. There are about 600 sets from 58 different countries and they will all be on display at SS. Columba-Brigid Church, 75 Hickory & Eagle Streets (one block south of Clinton Street) from 1-4pm every Saturday and Sunday from the weekend of November 25-26 until the weekend of January 6 & 7 (except for the weekend of December 23-24). There is no charge and there is a special section for children. If anyone wants to view the display during the week with a lgroup (e.g. school children, senior groups, church organizations, etc.), call Father Roy at 716-852-2076. This is the last year they will be displayed at SS. Columba-Brigid.

See some of Father Herberger’s collection in this photo gallery

According to the Diocese Father Herberger began collecting Nativity sets about 30 years ago when he attended a religious education convention in Baltimore. He noticed a vendor selling a set made out of hand-carved ebony and purchased it. His initial fascination led to a hobby.

“It struck me to see a different culture expressing the Nativity,” he said. “It was one of those things I found fascinating. The material that people used (was unique), because you’re talking about some little village in an underdeveloped country.”

The nativity scenes go from the traditional to the creative and sometimes bizarre like one of his recent additions with Joseph taking a selfie and the three wisemen traveling on Segways and carrying boxes from Amazon.

“This is not (meant) to be sacrilegious,” he said. “People can come from the spiritual standpoint or the artistic standpoint. Nobody is trying to say the Holy Family looked like that, but it’s just saying that nature in all of creation gives praise to God.”

If you are interested in scheduling an off-hours tour, or to acquire the nativity collection, contact Father Herberger at 716-852-2076.