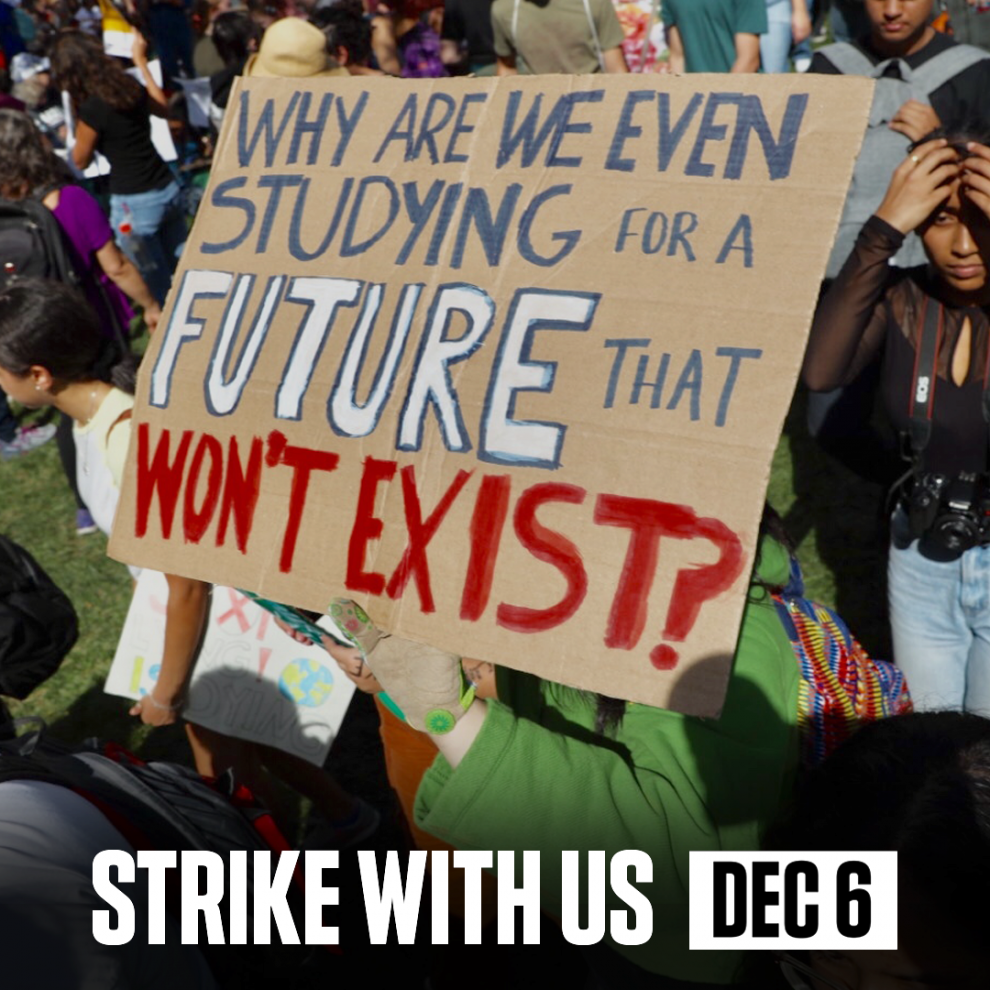 This past September, 7 million people around the world walked out to demand real climate action from election officials. Climate activists are going on #ClimateStrike once again tomorrow Dec. 6, to show the issue is not to be forgotten as just another blip in the news cycle.

Young people and adults will strike all across the United States and world to demand solutions to the climate crisis. The timing is crucial, as it coincides with the UN climate talks in Madrid where the focus has been on half-measures and markets, not bold action at the scale we need.

In September, more than 650,000 people in the United States and 7 million people worldwide walked out of school and work to demand our elected officials to rise up and address the climate emergency urgently. During last week’s international day of action on Nov 29, more than 2 million people participated in international strikes.

And just like September, there are a diversity of tactics and messages being used. Big actions in San Francisco and Washington DC will lay the blame at the the big banks and investors profiting from the climate crisis.

Other gatherings in Cities and towns from Columbia, South Carolina, to Bellingham, Washington, will host rallies, vigils, walkouts, and teach-ins of all sizes.

As a global society, we remain at a crossroads with a critical decision to make. Will we choose money and greed, or will we choose us, the future of humanity?

There doesn’t appear to be an organized strike location in Buffalo but there is one in Rochester: