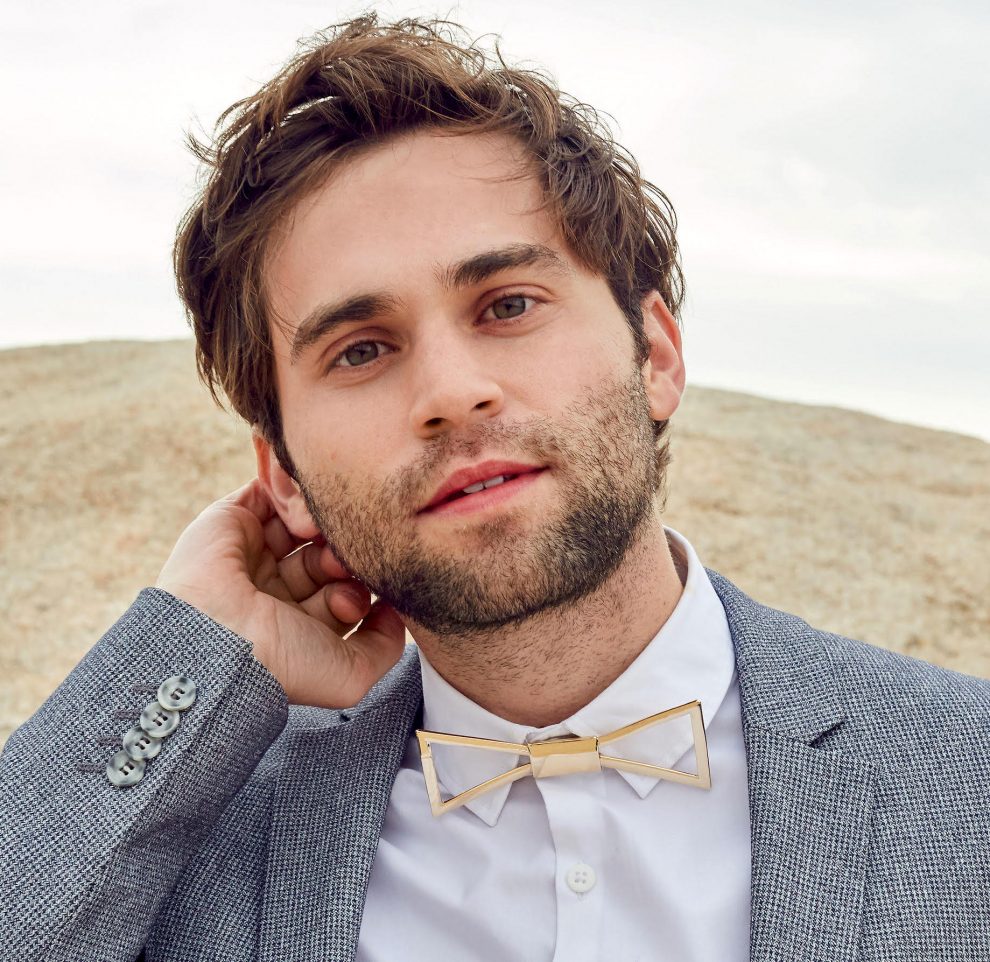 If you have ever spent anytime in a hospital, you are probably familiar with the term, “STAT, a fast moving response to an urgent situation. In a lot of ways, STAT can also apply to the career of Jake Borelli of ABC’s iconic Grey’s Anatomy. Although Borelli is a veteran actor from an early age, his current meteoric success, is fast moving and gaining momentum.

Unlike some of todays actors, Borelli succeeds because of substance rather than style and looks alone. He carries himself in a genuine natural way that resonates with the public and personifies the real deal. Borelli is a social media star with almost 400 thousand followers on Instagram and an ever expanding Twitter presence as well. His fans remain extremely loyal and won’t be forgetting about him anytime soon. Borelli interacts with his fans on a regular basis in a sincere and appreciative manner.

The kid from Columbus has come full circle this year, returning to his hometown to be King of the Pride parade, out and successful. Borelli without hesitation points out, ‘ it was special to return home fully out of the closet with my whole family there”. That special moment has been repeated on numerous occasions since he came out publicly 12 months ago. “I’ve had the chance to meet so many wonderful people who have accepted me and offered kindness”, is how he reflects on this whirlwind period. In his usual humble, down to earth demeanor, Borelli adds that it’s about “being himself” and he will never change his approach to people and kindness he gives genuinely in return.

Of those early days after he came out of the closet said, “ I was terrified, no idea of what to expect, pressure to be open and people respecting my decision”. In a case of art imitating life, Grey’s introduced its first gay male storyline involving Borelli’s character Levi, so he felt the time was right to make his decision. Even casual viewers of the show can see how the stories intersect each other and characters grow, flaws and all. Borelli points out “ we tell human stories, that everyone can relate to” and his fans have certainly related to him. As one of the most popular young actors on television, Borelli is destined to play the long game. Don’t be surprised to see ABC lock him up with a long term development deal for Grey’s and beyond. He has that “it” factor and audiences are responding in turn.

Borelli remains an intregal part of the show, the next generation as it were. The growth of his character and in his personal life has transcended the television screen and hit home with viewers. At first look, it was the realness Borelli brought to the role that appealed to audiences, “ I try to bring vulnerability to every role that i play” is how

he describes it. As a 10 year veteran in Los Angeles, Borelli has wowed viewers on Nickelodeon, and Netflix before landing the prized role on “Grey’s”. When you see televisions most famous scruff, it appears that Borelli should be a spokesperson for “Art of Shaving” and not a doctor. But facial hair , glasses, and awkwardness in his early episodes,made Dr, Levi Schmitt a fan favorite and Greys regular.

While maintaining  a busy production schedule, Borelli remains very active in his charity work, including Aids Walk LA, the LGBTQ Center and the GLAAD Awards

among others. Some actors do these events strictly for the photo-op, for Borelli it’s real, it’s his life and extremely personal. His commitment is neverending. It was these charitable causes that led Borelli to another first this summer, doing stand up comedy in Los Angeles. He actually enjoyed it and judging from the reviews was pretty good, so you may see him at it again.

Being on television weekly for an audience of millions doesn’t stress out Borelli, but while on location in Seattle recently, he was asked to throw out the first pitch at a Mariners game. Never to back away from a challenge, he did it, “ so stressful, warmed up before the game but i was all over the place”. Though he jokingly says he blacked out and doesn’t remember. It went well , he didn’t bounce it in and the crowd loved it.

The creative arts was always in his blood, Borelli has diverse interests, ranging from needlepoint to traveling and of course his love of Catherine O’Hara. Even if he had stayed in Columbus, Borelli says “ i would’ve been a painter and of course acting”. Currently taking singing lessons, Borelli enjoys coming to New York multiple times a year to Broadway Binge shows over a few days. It seems very likely that Borelli will be featured in a Broadway show in the not to distant future.

This 28 year old actor is always on the go, suitcase packed , traveling is an important love of his. Japan has been his favorite country to visit so far. Brazil is on his bucket list, “ we have such a huge fan base there, i would love to go visit”. It may be a while though, Greys is showing no signs of slowing down and 20 years seems like a given by now. “ I love it here , i want to stay as long as they will have me”, says Borelli of the show and his castmates, a fun, close knit group.

So often you come across people on television, meet them and realize it’s not them at all. Jake Borelli is in fact the person you see on TV and feel you know. Decent, humble, caring, a truly genuine person. After all, millions of people can’t be wrong, both personally and professionally, Borelli is the Real Deal and sure to be on our radar for a long time to come.